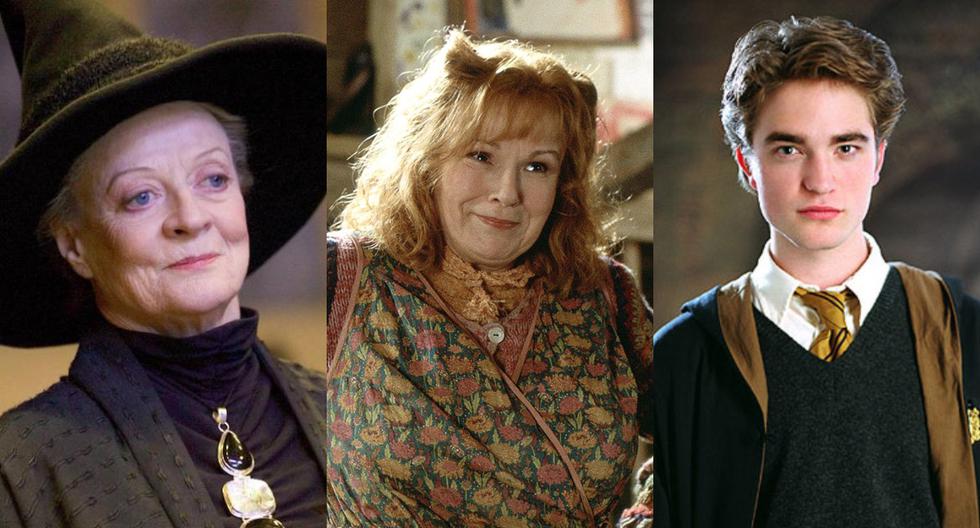 The premiere of “Harry Potter: Regreso a Hogwarts” it was all a success. 20 years after the premiere of the first film based on the book “Harry Potter and the Philosopher’s Stone” by British writer JK Rowling, a special aired on HBO Max in which a large part of the cast was reunited. However, there were several actors who did not attend this reunion. Here we tell you everything.

Another of the actors who was most surprised was Robert Pattinson, who played Cedric Diggory in the fourth film, which was based on the book “Harry Potter and the Goblet of Fire.” So far it is not known why the new “Batman” did not appear in “Harry Potter: Return to Hogwarts”.

British actress Maggie Smith, who played the kind and intelligent Professor McGonagall. We were only able to see it through archive images.

The same happened with David Thewlis, who played the beloved Professor Lupine. Thewlis also did not appear in the special. On his Instagram account he published a message in which, with his characteristic sense of humor, he explained why he did not appear, since many fans were asking him about his absence.

“Many of you have been wondering why I was not present at the recent HP cast meeting. Well, last year, as some of you may recall, I foolishly posted what I thought was a funny image of a Lupine action figure that I had attached some comically large feet to. Looks like I did this on a sensitive anniversary, which upset many. This led to a huge number of fans (and some cast members) taking to the streets in protest and signing a petition demanding that I be banned from any future Potter celebrations. In my defense, it was my wife’s idea. I did not realize the importance of the date and, on the advice of my legal team, the post has been removed. I hope it cleared things up“, wrote.

Thewlis message divided his fans, as there were those who did not understand that it was a message with the irony that characterizes it on social networks. According to some international media, the reason for his absence is due to previous work commitments.

British actor Michael Gambon, who played Albus Dumbledore, also didn’t show up. Each point out that in 2015, Gambon announced to the English medium The Sunday Times that he was retiring from the stage due to a memory loss problem, something that he explained made it difficult for him to remember his scripts.

“There was a girl behind the curtain and I had a hearing aid in my ear so that she could read the lines to me. And after an hour I thought this can’t work. You can’t be in the theater, free on stage screaming and running, with someone reading your linesyes, ”he said on that occasion.

Kenneth Branagh, who played Professor Gilderoy Lockhart, was also not present. Apparently he was very busy on the film “Belfast”, which he directed and stars Gal Gadot and Armie Hammer.

In addition, of the actors mentioned, sadly, there were some who were absent due to natural causes and who were honored at the reunion. British Alan Rickman, who played Professor Severus Snape passed away in 2016. Actor Richard Harris passed away in 2002, so his role as Dumbledore I had to fall to Michael Gambon.

The actors who were in the HBO Max special:

Not only did the actors present, but the directors of all the films also attended: Chris Columbus, Alfonso Cuarón, Mike Newell and David Yates, and producer David Heyman.

“Harry Potter: Return to Hogwarts”: they were the great absentees from the meeting