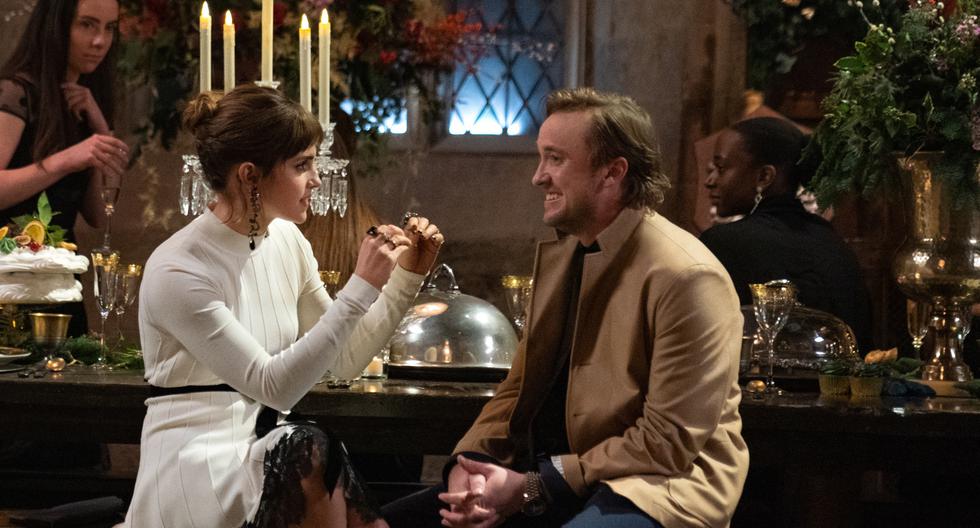 The HBO Max Special “Harry Potter: Regreso a Hogwarts”Has already garnered many positive comments. The public celebrates the reunion of the actors of this magic saga, led by Daniel Radcliffe. Since its premiere on January 1, this production has not stopped being in the media, unfortunately, also due to the mistakes that were made in the edition of the special, mistakes that for some have been funny and for others, a lack of respect .

After the confusion between the photo of Emma Watson and actress Emma RobertsWe thought they couldn’t surprise us anymore. However, some fans began to notice that when introducing the Phelps twins, who play George and Ted Weasley, they were wrong to put their names on their headbands.

Oliver Phelps, who played the joker George Weasley, used his Instagram account to confirm that there was indeed an error in the edition of the special and that he had been mistaken for his twin brother James Phelps, who in the saga plays Ted Weasley.

“I guess after all those jokes over the years, someone decided to get revenge. It was great to be a part of the Harry Potter reunion. I hope everyone enjoyed itOliver Phelps wrote on his Instagram account.

His colleague and partner in Harry Potter, Tom Felton, who in the tapes plays Draco Malfoy, wrote in the same post taking it with great grace. He continued the joke by saying, “It was me.”

The message was accompanied by an emoji of the snake, which was a symbol of Slytherin, his character’s house at Hogwarts, as superior to that of a lion (symbol of Gryffindor, the house of the Weasley).

The special brought back Daniel Radcliffe, Emma Watson and Rupert Grint. In addition, we also got to witness actors who played supporting roles. The main attraction of the whole story was that even the minor characters had a different journey that they went through. Tom Felton, Mark Williams, Helena Bonham Carter, Gary Oldman, Robbie Coltrane, Jason Isaacs, James Phelps, Oliver Phelps, Bonnie Wright, Alfred Enoch, Matthew Lewis, Evanna Lynch, and Ralph Fiennes, among others, were there.

“Harry Potter: Return to Hogwarts”: the other big mistake in the special that you did not realize