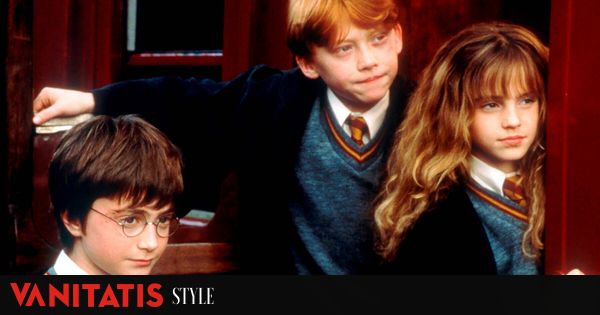 Thus, throughout these 20 years, the eight films (the last book was divided into two parts) that show us the struggle between the chosen magician and the one who should not be named have grossed more than eight billion euros in cinemas alone. Dollars. A box office within the reach of very few movies in history. In fact, the film adaptation of the original Harry Potter saga by JK Rowling to the cinema is exclusively surpassed by the Marvel Universe and by ‘Star Wars’.

Box office figures that were also reflected in the personal fortunes of the actors, especially that of the three main protagonists: Harry, Ron and Hermione. Daniel Radcliffe earned a million dollars for working on “Harry Potter and the Philosopher’s Stone,” but his cache grew to reach 25 million dollars for each of the last three films in the series.

Meanwhile, Rupert Grint and Emma Watson started with $ 125,000 for the first movie, going on to charge between $ 15 million to $ 20 million for each of the last three tapes each. Thus, at the end of shooting the eight Harry Potter films, the three would have earned an estimate of $ 94 million, $ 40 million and $ 60 million respectively with these jobs, according to a study by The Hollywood Reporter.

The protagonists of the saga at the premiere of the latest installment.

The little Muggle who slept under the stairs of his uncles Dursley became a phenomenon that does not stop growing despite the two decades that have elapsed since the premiere of the first Harry Potter film. New books about this world of magic, a new film saga, ‘Fantastic animals’, a play, a theme park and millions of dollars in merchandising, with collections of toys, decoration or fashion, confirm that the Harry Potter phenomenon continues more live than never.

For this reason, we join this reunion with popcorn and the big screen to find out how its protagonists or some of the most famous actors who have passed through the Hogwarts universe throughout the different films are doing right now, such as Ralph Fiennes, Gary Oldman or Jason Isaacs. We open the doors of memory … Take your wand and say with us: “Alohomora!”

Harry Potter, 20 years later: what became of the stars of the most magical film saga?