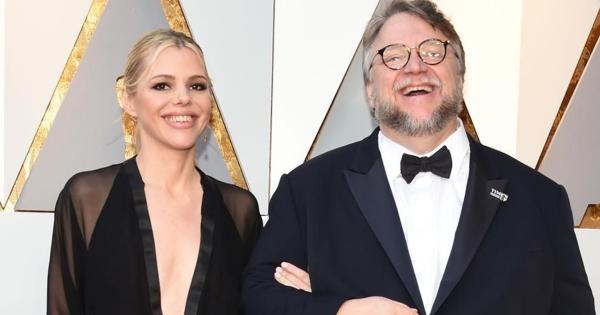 Wedding bells rang a few months ago to Guillermo del Toro and the whole world knows it until this afternoon through a new exclusive report from Variety. The 57-year-old Mexican confirmed his marriage to the screenwriter Kim Morgan and social networks are commenting on the news. We know that the director is very secretive about his private life, so this news comes as a big surprise in November. In the following paragraphs we discuss all the details.

You may also like: Guillermo del Toro wrote scripts for 16 years and many were not filmed

Guillermo del Toro was married to Lorenza Newton for a long time and with her he conceived his two daughters, Marisa and Mariana del Toro. The couple separated in February 2017 and finished the divorce process in September of the same year, this was confirmed by the filmmaker for the newspaper Reform three years ago. In 2018 he was seen accompanied by Kim Morgan at the Oscars gala and everyone wondered where Lorenza was; The intrigue increased when the Mexican dedicated the awards received to Kim, then the suspicions began.

According to the report of Variety, Guillermo del Toro and Kim Morgan They were married in May of this year but the ceremony went unnoticed due to their desire to keep a low profile. It was Del Toro who confirmed the marriage by introducing Morgan as his wife in front of his friends at the Art + Film Gala at the Los Angeles County Museum of Art, an event that honors film, fine arts or fashion artists. The couple met in 2018 while working at Nightmare Alley and since then they were inseparable.

Nightmare Alley is the next movie of Guillermo del Toro, an adaptation of the book The alley of lost souls which tells the story of a hustler teams up with a fortune teller to deceive people and get money. The cast includes numerous Hollywood stars such as Toni Collette, Rooney Mara, Cate Blanchett, Bradley Cooper, Willem Dafoe and Ron Perlman. The script was written by Del Toro in the company of Kim Morgan. Will we see their names shine during awards season? Nightmare Alley opens in theaters on December 17.

Nightmare Alley received an R rating for including “strong / gory violence, sexual content, nudity, and foul language.” Guillermo’s fans celebrated the news, as it represents the confirmation of a proposal that is capable of offering much more than the cinema we see in Hollywood today, of which he is not afraid of hurting the viewer’s sensitivity. We’ll see if the man from Guadalajara is capable of delivering a masterpiece and is recognized by festivals and academies around the world.

With such a crazy cast, audiences expect Nightamare Alley be one of the best works of Guillermo del Toro, and of course the fans are longing for a good reception at the box office, especially the Mexicans. On the other hand, the world awaits the other Memo project, the stop motion tape of Pinocchio on Netflix that it is not intended to be a family movie. The production has not had updates because at the moment the Mexican is very busy with the post-production of Nightmare Alley.

Excellent times are approaching for Guillermo del Toro after a long break after winning the Oscars for The Shape Of Water – 92%. Although that film has its merits and was widely recognized, works such as The Pan’s Labyrinth –

92% They must also have been worthy of much more; at least they remain in the filmmaker’s filmography as some of his best works.

Don’t leave without reading: Guillermo del Toro: The demiurge of fantasy and horror cinema and the inspiration behind his monsters