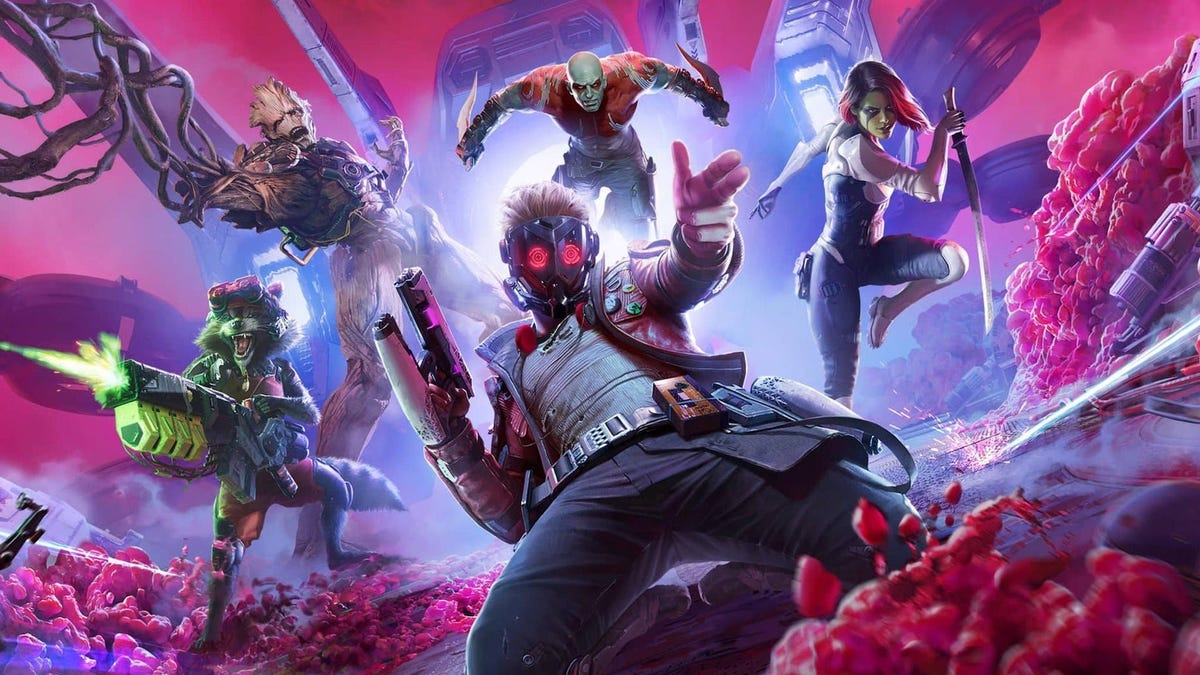 Making a video game based on superheroes is currently more difficult than ever. And it is difficult to create games that really feel up to what the public expects after films like those of the Marvel Cinematic Universe or those of the DC Comics universe. Many have tried, only a few have succeeded.

We have in the case of the game Avengers, by Square Enix, a title with a campaign that starts very well, but after advancing a few hours it is filled with tedious, repetitive content and an attempt to stay connected in a multiplayer experience that for many is not satisfactory. But the game of Guardians of the Galaxy, also from Square Enix, it feels like a redemption attempt after the game of Avengers, and I am convinced that it succeeds.

Guardians of the Galaxy is, in general, a very fun game with an extraordinary story that in many respects has nothing to envy to those of the movies of the Guardians. It takes the best of these stories that James Gunn brought to the cinema, and expands it into a video game with characters that catch you from the first minute. Charismatic, funny, emotional and full of ideas, good and bad, they contradict each other, they fight, they support each other. The script of Guardians of the Galaxy it’s so well written that, being a game, it performs better as a Marvel movie than other Marvel movies.

Specifically, it works much better as a Marvel movie than this group’s:

After leaving the movie theater in which I saw Eternals the first thing I felt was a great disappointment. I had just seen what I consider one of the worst films in the Marvel universe to date, but not because of its cast, which I thought was full of very talented people, but because of how it takes advantage of this cast, because of its emptiness. story, for how serious it tries to be but can not be anything more than conceited. It is a movie that I consider, in short, boring. And it never ceases to amaze me that a Marvel movie, a comic book movie, superpowers and people dressed in colored leggings, can generate that for me.

On Eternals there are interesting ideas, there is a rich world of lore behind, that more cosmic side of Marvel and, for many, one of the most fascinating aspects of comics. A product of the brilliant mind of Jack Kirby, and with a series of characters so powerful that they could change the MCU forever.

However, in that movie we get 10 incredibly powerful characters, the eternal ones, that the script seems to limit to a single emotion. They are flat, simple, the funny one is only funny, the wise leader is only a wise leader, the most powerful is just that, a powerful and mysterious lord. Trying to introduce almost a dozen characters in a movie and have the audience connect with them is difficult, but not impossible. Even in this film, characters such as the always great Angelina Jolie prove to have different facets, he is a complex character and undoubtedly the best in the film, along with Don Lee’s Gilgamesh (and this only to the moments he has with the Thena de Jolie and how she complements her), and the characters who most accepted their “humanity”, such as Brian Tyree Henry’s Phastos and… already? Yes, and that’s it.

Eternals it’s a character-centric story, and if your characters don’t work, the movie doesn’t work. Secondly, Guardians of the Galaxy is a game focused on its characters, and its characters are what works best.

The relationship they have, the family they form based on how lonely each member of the Guardians feel. The proud and stubborn Rocket Raccoon, the peculiar Drax, the mysterious and moody Gamora, and the clumsy but lucky Peter Quill, better known as Star-Lord. It is a relationship that we already know from the movies, and this game exploits it and expands it to the maximum. For example, the passive aggressive relationship between Peter and Rocket is the best of the game, constantly trying to get each other into trouble and questioning each other’s suggestions to make it clear “who’s boss.” Drax, on the other hand, is as absurd and hilarious as you could imagine, while Gamora seems to be the only sensible person in the group, she just doesn’t have much patience. Pero at the end, of algúThey nevertheless get along, of course.

Guardians of the Galaxy It is a game with a solo campaign, it is not multiplayer, it does not have events or season pass nor any of those other things that we see, for example, in the game of Avengers. This game is designed to be enjoyed alone, but always accompanied by your team of guardians. The player has control of Star-Lord, it is Peter who we move and with whom we shoot enemies and dodge their attacks. However, through a series of commands we can control the rest of the team, give them orders to help in combat, trapping enemies to immobilize them (using Groot), making powerful attacks that remove a lot of damage (Drax and Gamora) or throwing explosives to the right. and sinister (from the hand of Rocket, of course). It is also possible to use these abilities outside of combat, to solve puzzles on the map, such as destroying barriers with Gamora’s sword or creating wooden bridges with Groot.

Each Guardian has a series of abilities (at the beginning only one, but later we will unlock new ones) that we can combine for a better strategy when fighting against different extraterrestrial enemies and final bosses.

The story of Guardians of the Galaxy It is not an origin story, although there are some flashbacks that give us a glimpse into the past of the characters (there are many moments that take us back to the 80s in which Peter is still a teenager, and they are one of the best moments in the game, especially if you are nostalgic for that time and its music). Instead, Guardians of the Galaxy begins in the middle of a mission in which the Guardians are trying to loot an area restricted by the authorgalactic communities (the Nova Corps). As you might imagine, everything goes wrong. The Guardians are caught by the Nova and have to pay a millionaire fine to get out of that problem, which will lead to other problems, even worse.

I don’t want to mention more of the story to avoid spoilers, but I do have to mention that the game takes place across different spectacular settings based on different alien worlds from Marvel fiction, with many colors and creatures that are both horrible and fascinating.

Guardians of the Galaxy is a game full of action, adventure and a lot of humor, with an exceptional cast of actors that makes us feel that we are perhaps watching a movie or a series of characters that we already know from the movies. And although their voices and the way they interact remind us of the MCU version of these characters, Eidos Montreal and Square Enix have mentioned that the game is actually more inspired by the comics than the movies, and it shows in what they adapt from the worlds they visit and their stories and characters.

What there is no doubt that it inherits from the movies is the good taste of this game for music, which I have listened to all the time not only while playing the 17 hours I spent in the game’s campaign, but also while writing all these lines, because it is available for streaming:

Fortunately, the game of Guardians of the Galaxy yes it lives up to the franchise, and joins others like Marvel’s Spider-Man among the best superhero games of recent years. Hopefully maIt’s games like that, and fewer boring superhero movies.

Guardians of the Galaxy Gameplay Review: Much Better Than Eternals