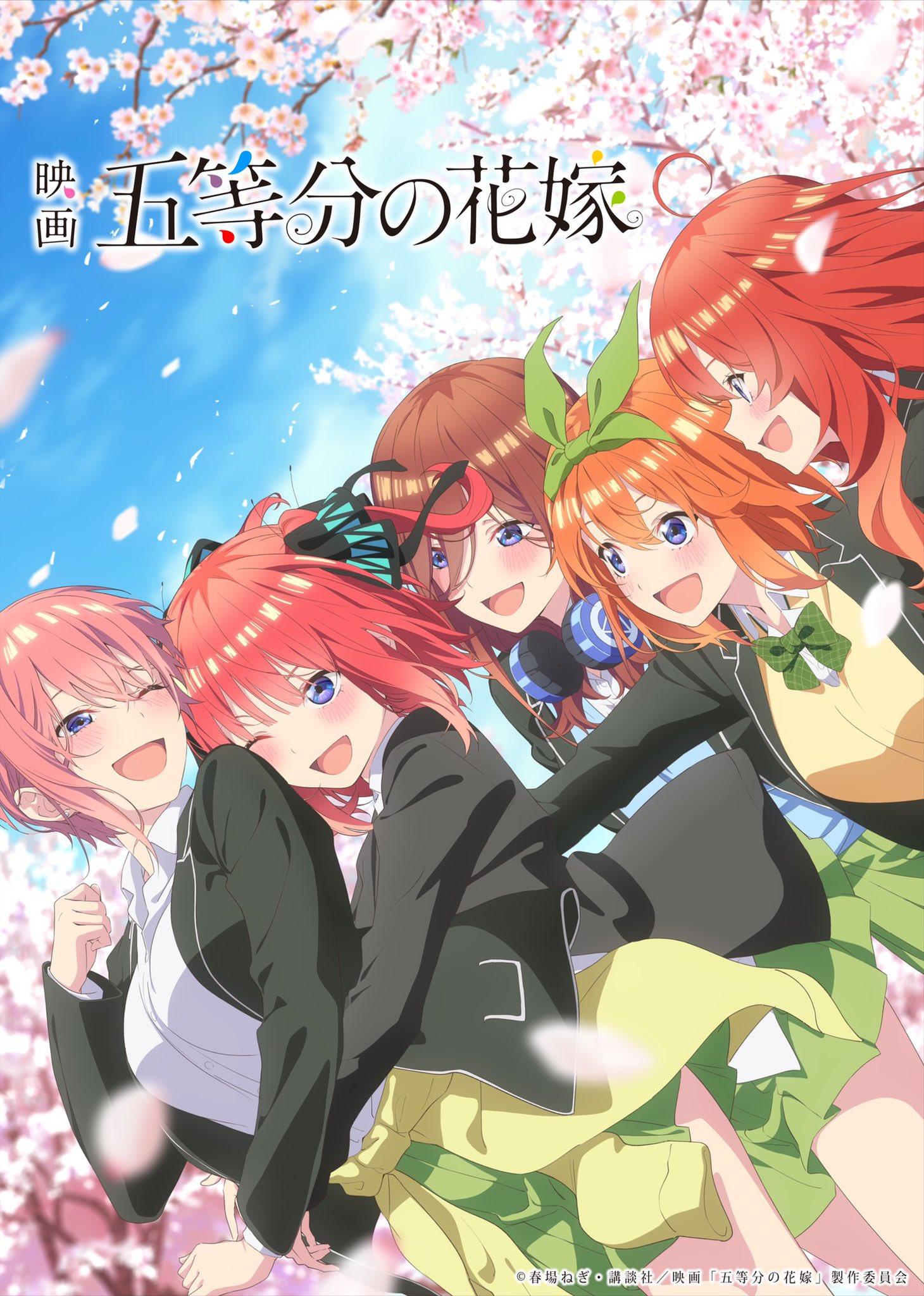 Being May 5th in Japan, the birthday of the Nakano Quintuplets, on the official site for the multimedia franchise of Gotoubun no Hanayome (The Quintessential Quintuplets) released the main promotional video for the upcoming feature film, which will open in theaters in Japan on May 20. This film will end the franchise and Futaro Uesugi comments on the video: «I think I should give them an answer».

Negi Haruba published the manga in the magazine Weekly Shōnen Magazine from the publisher Kodansha between August 2017 and February 2020, with a total of fourteen compilation volumes. The play inspired a twelve-episode anime adaptation produced by studios. Tezuka Productionsunder the direction of Satoshi Kuwabara and premiered in January 2019. A second season of twelve episodes was produced by Bibury Animation Studios and premiered in January 2021.

It should be remembered that the video game for smartphones The Quintessential Quintuplets: The Quintuplets Can’t Divide the Puzzle Into Five Equal Parts is available in the catalog QooApp in this link.

Gotoubun no Hanayome the Movie Synopsis

As a part-time tutor, Fuutarou is tasked with guiding the five beautiful girls, who are “about to fail” and “hate studying”, to “graduation”. Fuutarou struggles to prepare for the school festival while keeping an eye on Ichika’s studies, who has decided to take a leave of absence to focus on acting, and Yotsuba is even more determined than usual to make it a school festival with no regrets. Dizzying days go by, and before you know it, it’s the eve of the school festival.

Fuutarou is encouraged by Itsuki’s decision not to give up, and searches for answers to Nino’s feelings, Miku’s determination, and her feelings for Ichika, Yotsuba, and Itsuki. With each of them having their own thoughts and feelings, the first day of the school festival, the last event of his high school life, finally began. “Come to the classroom at 3:00 p.m., the first day of the school festival.” The quintuplets gather in the classroom and Fuutarou finally informs them that he will make a decision…