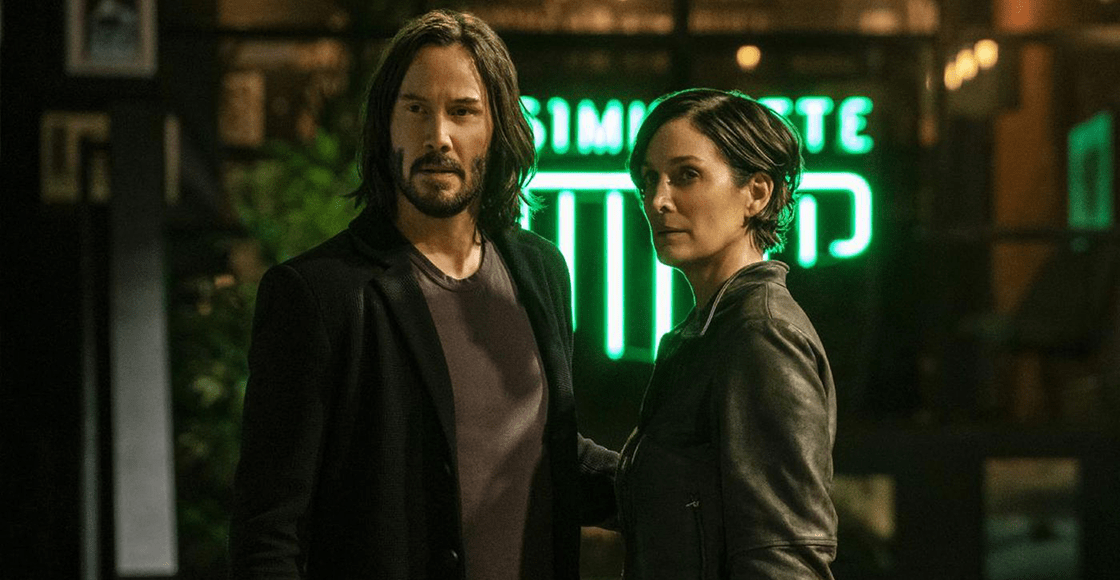 We thought that the end of the year would be quite calm, but the truth is, we were wrong by a lot. For these last days of 2021, some of the most important companies in the film industry saved several strong premieres, films that we expected and that undoubtedly excite us a lot. But speaking specifically of Warner Bros. Pictures, we were dying to see a spectacular film in the cinema: neither more nor less than The Matrix Resurrections.

Ever since we found out that a new production of the universe that the Wachowski sisters created was coming, expectations went through the roof. Not only because of the fact that Lana would return to direct this project, but also because they would return Keanu Reeves Y Carrie-Anne Moss to play Neo and Trinity once again in a new story. After much waiting, This film was released on December 22nd and so far it has raised a good amount of money at the box office.

Of course after seeing The Matrix Resurrections, we were left with more questions than answers. This is not a spoiler, but the plot leaves open some ends that we thought would probably be explored and resolved in a second film with the performances of beloved Keanu and company. However, even though we wanted to go back to the matrix, the very protagonist of this story has just cut our illusions … yes, as they read it.

It turns out that in an interview for the magazine’s podcast Empire, Keanu Reeves commented that he didn’t think director Lana Wachowski was interested in making another Matrix movie.: “If I had to vote, I would say that Lana would not make another movie”. On the other hand, Carrie-Anne Moss stated that they thought the same of Resurrections but in case they want to make a sequel, she’s ready to bring Trinity to life: “If you invite me again, I’ll sign up.”

Could it be that we will return to the matrix?

In a different talk for Collider, the producer of The Matrix Resurrections, James McTeigue confirmed what Keanu said, although he was more blunt: “At the moment, it’s just the movie you’ve seen. We don’t have a prequel in mind, we don’t have a sequel, much less do we have another trilogy on the way. “. But yes, made it very clear that the story was left open for a new tape, although it is not in their hands to make the decision to return to the matrix.

No way, for now it seems that Lana Wachowski will let this universe that we like so much rest and who knows, it may be that in the not so distant future we will re-enter to continue with this epic story. But while we wait for you to release more information about it, Check out the conversation we had with Keanu Reeves, Carrie-Anne Moss, Eréndira Ibarra, Priyanka Chopra and Jessica Henwick below., who told us the details of the most recent tape.

Goodbye Neo? Keanu Reeves says there won’t be a sequel to ‘the Matrix Resurrections’