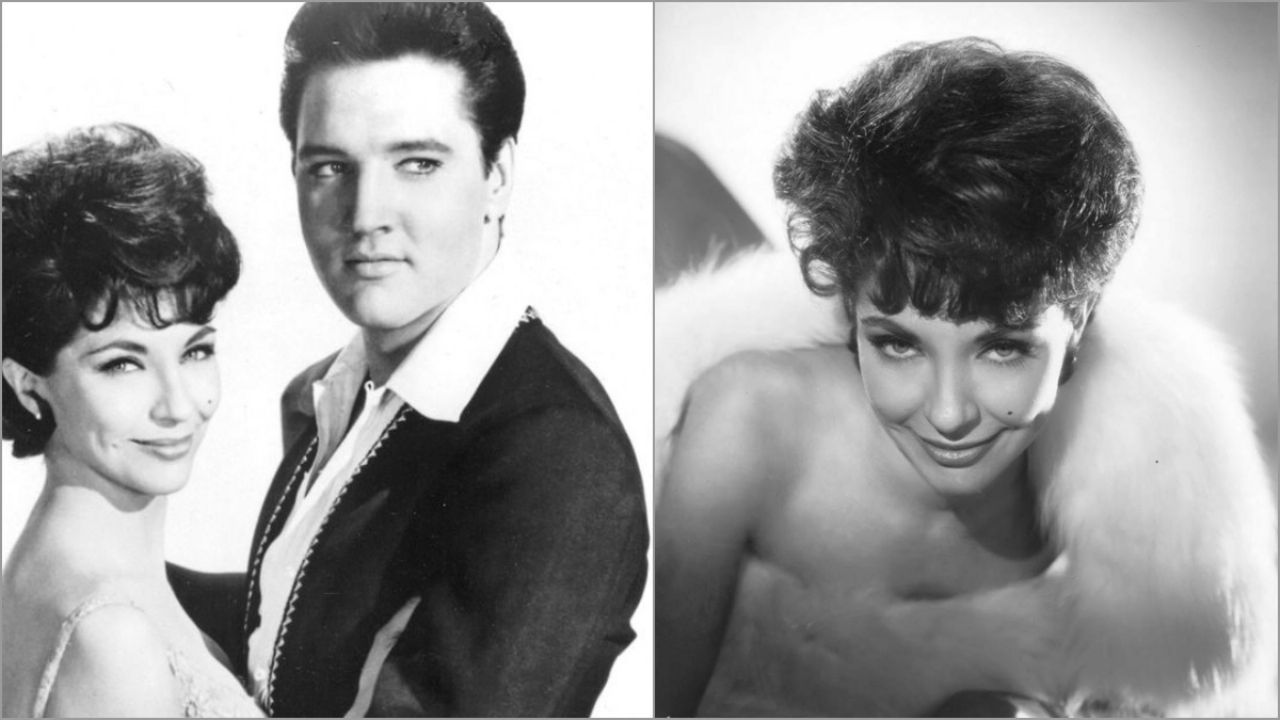 Only three actresses from our country worked with the star of Hollywood, Elvis Presley, but this actress, considered one of the most beautiful faces of the Golden Cinema, recorded a movie next to “El Rey del Rock and Roll” playing her partner and is recognized as the Mexican who kissed him.

Elsa cardenas Rentería was born on August 5, 1935 in Tijuana, Baja California, she was the daughter of Víctor Cárdenas and Hortencia Rentería. She started as an actress in the who in 1954 in the movie “Young Juárez”. Thanks to his fluency in English, he also conquered Hollywood.

In the theater he made his debut in the play “Little Women”. On television his first appearances were in the tele-theaters “Teatro del aire”, “Estudio K”, “Puerta al suspenso” and “Sin mortal”. His first telenovela was “Estafa de amor” (1961) with Amparo Rivelles and Tito Junco.

On September 15, 1957, she married the Texan oilman Guy Preston Patton, but the relationship did not prosper and years later they divorced. Then she married the film director of Hollywood, Oscar “Budd” Boetticher, but the marriage also failed.

In 1975 she married a lawyer named Torreblanca, with whom she had a daughter named Paola. In 1992 she studied at UNAM, where she obtained a Bachelor’s degree in Communication Sciences.

Elsa Cárdenas conquered all of Hollywood

Elsa She is considered one of the most beautiful women on the big screen, but it was not only her beautiful face with light eyes that led her to conquer HollywoodHer ability to speak the English language also helped her to be called to film films with important figures of the time.

Among his most recognized tapes in the United States are: “Giant” (1956) with Elizabeth Taylor, Rock Hudson y James Dean, “Fun in Acapulco” (1963) con Elvis presley and “The Wild Bunch” (1968) among others.

Irving Rapper’s “The Brave One” was his first American film, where he met the people who told him that the Warner Bros studio was looking for a Mexican actress para “Giant”.

The actress told EFE that without having turned 20, she told her mother that she wanted to go to Los Angeles to visit her aunt, although in reality her goal was to find out what had happened to that casting for which she had not received a response. “They told Stevenson that he had traveled there and he wanted to see me,” says the beautiful actress.

Days later they called him to give him the role, but despite his success in Hollywood, Cardenas she says she did not continue because of what her husband told her. “I got married and my husband told me: ‘you can go, but your daughter will not go with you.’ So I couldn’t leave her. It hurt. I loved my career, but I did the right thing and I don’t regret it,” she said.

Cardenas worked with the renowned heartthrob of Hollywood when they both starred in the 1963 film “Fun in Acapulco.” The kiss between the actors took place inside a car, where Elvis Elsa sang to her as she drove.

Elvis He worked with three Mexican actresses, he was the son of Dolores del Rio in “Flaming Star” (1960) and Katy Jurado’s stepson in “Stay Away, Joe” (1968), but only with Elsa did he make a character as a couple.

The beautiful actress featured in the program “Always on Sunday”, hosted by Raul Velasco, that when she worked with Elvis, he was always very joking and playful, and during the recordings of the tape he sent ice cream to the entire cast. Although Presley He never set foot in Acapulco to shoot the film, as only set design was used.

Elsa He filmed fantastic films, horror films and with wrestlers such as “El Santo” and “Blue Demon”. On television he participated in more than 25 melodramas, such as “Love has a woman’s face” (1971), “Esmeralda” (1997) and “The unforgivable” (2015). In one of the last interviews he had with an entertainment magazine , confessed that he had lost the vision of one eye almost 70 percent.

Was Elvis Presley a FAN of Pedro Infante? This meeting in Los Angeles would confirm it