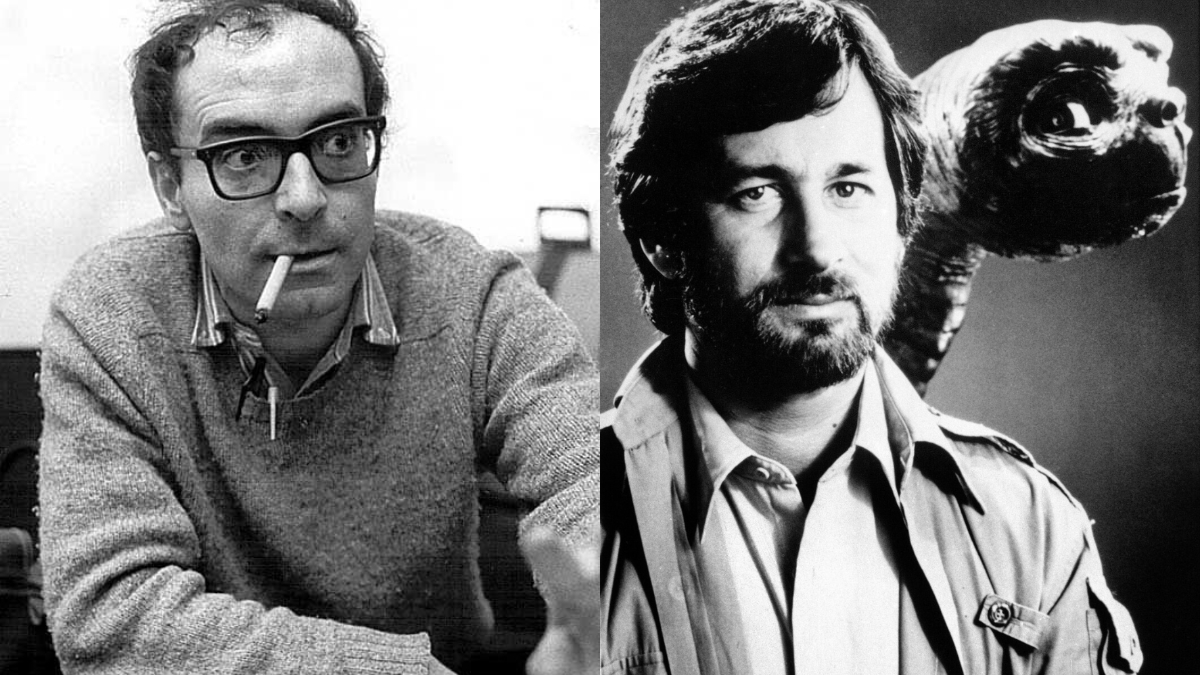 “He wasn’t sick: he was just exhausted.” This is how the family explained Jean-Luc Godard his decision to resort to assisted suicide. Something that, although it responds to reasons that nobody has the right to question, has put the world of cinema in mourning, forced to say goodbye to the author of At the end of the escapade, Goodbye to language and others capital movies.

So, it’s time to honor Godard. And, once we have reviewed the essential films to get to know him, it is time to pay tribute to the other most outstanding facet of him: the troll one Known for his bad temper and for an extremely corrosive sense of humor, the filmmaker left a trail of untimely exits, legendary fights and phrases capable of ruining anyone’s self-esteem for decades.

Thus, we offer a small selection of his most spectacular moments. Which continue to show that a film director can also be a star, for better or for worse.

His fight with Truffaut

Allies at the beginning, bitter enemies at the end: Godard and the author of the four hundred blows they met working at Cahiers du cinema (the mythical film magazine), took the first steps of their careers together… and ended up starring in one of the most bitter breakups in the annals of the seventh art.

at the height of the american night (1973), Truffaut’s satire on the world of cinema that would end up winning an Oscar, a Godard in the middle of the Maoist phase wrote to his still friend noting that he had found that film a horror and demanding money for a new film. Truffaut responded with a missive to match, and the result was a correspondence full of wild insults, as well as creative.

The documentary Truffaut and Godard: Two in the Wave bears witness to a confrontation that did not end even with the death of the first in 1984, at the age of 52: in a text about his former friend, Godard described him as a good critic, but a bad director. In 1988, however, another text by the filmmaker showed a certain longing for his years of good company. “If we tear each other apart little by little,” Godard pointed out, “it was for fear of being the first to end up eaten alive.”

“Tarantino he called his production company after one of my movies [Banda aparte]. He would have done better giving me money,” Godard said of his most famous fan in Hollywood. “I don’t know him personally. I think his films are not very good”, he pointed out about Steve Spielberg. And, when asked what he thought of the apocalypse now of coppola, he settled it with a single “the Vietnam War cost more money.”

So Jean-Luc was not shy about bashing fellow guild members. But these also hit him back sooner rather than later: “Anything by Godard is a hoax compared to a good kung-fu movie,” he said. WernerHerzog, while Orson Welles mocked his intellectual ambitions and Ingmar Bergmann, more succinctly, he defined his cinema as “a fucking pain in the ass”.

In this way, it is clear that not only would the history of the seventh art be very different without Godard: so would the anthologies of insults between film directors.

Godard’s films would not be the same without his sense of humor, merciless and colored shoe polish most of the time. But the director’s biggest prank took place when he seduced the company responsible for many of the most pesticious B movies of the 80s to shoot a movie that turned out to be a full-fledged troll.

The company in question was Cannon, the same one that took to the Olympus of the video clubs to Chuck Norris with Missing in action. The movie was KingLear, a film that should have been a sumptuous adaptation of shakespeare and ended up being one of the greatest jar meals in the filmography of its director, inaccessible even to his devotees.

From the terms of his contract with Cannon (written on a napkin at a Cannes festival!) to Godard’s decision to have Woody Allen Y Molly Ringwald in the cast, King Lear shows that Godard was not only a master filmmaker, but also a subject with more face than back.

His locks up Woody Allen

that the director of Annie Hall and Godard will work together on King Lear It’s weird in itself, dealing with two such different filmmakers. But what is even more strange is that Allen lent himself to that after the trick that the Franco-Swiss played on him in the short Meetin’ WA (1986).

Coming up, as always, before the possibility of alternating with the European intelligentsia, Woody Allen agreed to be interviewed by Godard as part of the promotion of Hannah and her sisters. What he did not know was that his interlocutor was going to make it very difficult for him with his questions. Because, what is to Godard, Allen’s movies didn’t like a damn thing, and his intention was to put the New Yorker on the ropes.

During the meeting, one can see Woody Allen struggling to answer aggressive questions from his colleague. Let’s add to this a montage aimed at painting him as a pseudo-intellectual and a cretin, and we will have one of the greatest acts of bad faith perpetrated by Godard in his entire career.

This may seem like a joke in bad taste, but it’s true: in 1993, a ‘Madge’ at the top of the scandal due to the album Erotica and the music video director (and future filmmaker) Mark Romanek they wanted to count on Godard for the video clip of the song Rain. The character assigned to him was, of course, that of a film director.

Godard’s reaction to the offer has not gone down in history, which is a huge shame. But it is clear that his answer was negative, because finally this intervention was carried out by the Japanese musician Ryuichi Sakamoto. Who, fat irony, is a staunch fan of Godard and has baptized several of his songs in honor of his films.

“That’s not the Oscars!”

Among the recipients of Godard’s invective, the Hollywood Academy. But this case is special, because we are talking about the filmmaker’s refusal to collect the honorary award that the institution awarded him in 2010.

“If the Academy wants to do it, let them do it, but it seems very strange to me: have they really seen my films?” Godard pointed out, then wondering if arnold schwarzenegger, then governor of California, was going to give him the award. What would he think when, years later, ‘Arnie’ handed him a Golden Globe a Michael Hanke?

Anne-Marie Mieville, the director’s partner pointed out another reason for this rejection: the filmmaker, as he implied, It had also touched his nose that his award was not going to be awarded in style at the Oscars, but in a ceremony that would take place several months before. Was there some resentment about not stepping on the red carpet, perhaps?

Agnés Varda: the door in the nose

To Godard’s admirers, and to film buffs in general, the director’s frights used to seem even endearing. But there was one that exceeded the tolerance of many: the rudeness to which the director subjected his old friend Agnes Varda in 2016.

During the filming of Faces and places his last film, Varda wanted to pay Godard a visit. But instead of receiving her as they had agreed, the director simply wrote on the window of his porch the name of a restaurant in Montparnasse where Varda, himself and Jacques Demy (husband of the director and author of films such as The umbrellas of Cherbourg) they used to stay for dinner when they were young.

“If he wanted to hurt me, he’s done it,” Varda declared with tears in her eyes, while many viewers thought that Godard had earned his reputation as a mean guy. The director, for her part, left another note on the window, accompanied by the brioches that she had bought for tea. And she was like a lady.

Do you want to receive the best movie and series recommendations in your email every Friday? Sign up for our Newsletter.

Godard, that troll: the most scandalous anecdotes of a cinema genius

Deadpool 3: Qu se sabe de la nueva pelcula del antihroe de Marvel Studios?
This would be the characters of 'Harry Potter' in the cinema if they followed the description of the...
Oscar Awards 2022: Anthony Hopkins and other celebrities who will deliver the statuettes