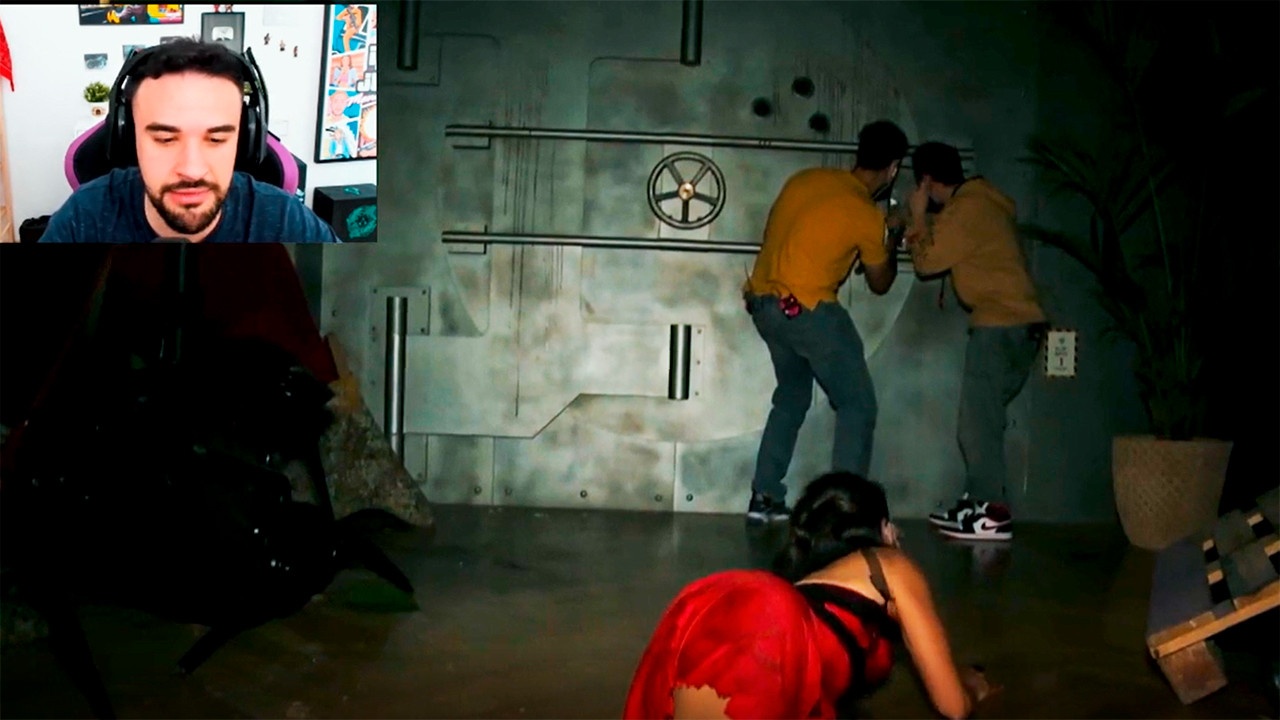 The ‘influencers’ Alexby and IlloJuan put the Netflix adventure in an Iberostar Hotel Las Letras full of the living dead in the center of Madrid. You still have time to experience it too.

Two grumpy soldiers are the first to welcome the daring who pass through the gates of the zombified Iberostar Hotel Las Letras in Gran Vía on the occasion of the premiere in Netflix from Army of the dead by Zack Snyder. “Come straight in, don’t be eaten, grab the golden chip and the pasta and get out.” It seems easy, but those who have tried it are not so clear. “Illo, I’m getting into it, this is very dark,” he says overwhelmed and sweaty. elBokerón, to IlloJuan, who guides him from his home and narrates it live on his Twitch.

This is some of the scenes that the influencers lived this weekend IlloJuan and Alexby guiding the KNekro and elBokerón and Cheeto and Maximus couples from their homes, who participated in the physical challenge launched by the platform. The teams entered the dark rooms of the supposedly abandoned casino where several characters, inspired by Zack Snyder’s heist and zombie movie in Las Vegas, were giving them instructions to get the loot without dying in the attempt.

Frights, dark corridors, bloody survivors put the comic note that you can discover in the video that we show you in this article. IlloJuan’s comments – “Tell the zombie that you are not loose” -, dot the route and Alexby’s wise advice – “Now full of stealth shsss” -, as if it were a video game, increase the viewer’s desire to participate in the challenge.

Like them, hundreds of people have already passed through the corridors of the zombified Iberostar Hotel Las Letras and you too can be one of them. Although today, the 24th, is the last to sign up, until May 26 you can participate in this real experience that brings to the streets of Madrid what Snyder imagined for the big screen in Las Vegas.

To be able to get physically involved in this adventure, essential for fans of the undead, You must first participate in a digital phase, which consists of a series of tests that you must perform from your mobile or digital device. If you manage to pass all the tests, you will be eligible for a ticket with three friends to proceed to the physical phase, at the Iberostar Hotel Las Letras, in the heart of Madrid —C / Gran Vía, 11—.

The first thing you have to do is send a message through WhatsApp to the phone number 600 60 60 59. On the other side is Valenziano, Val for friends. When you contact him, he will give you the necessary instructions to be part of the coup of the century, after having created your band. Quick, you still have time to contact Valenziano.

If you manage to overcome them, you will be able to enter your data on the web http://www.ejercitodelosmuertos.es and from there they will assign you a specific day and time to attend the event with a maximum of three friends. And if you dare to participate, you cannot stop reading our wise advice from experts in case you have to overcome a zombie hecatomb like the one faced in the film.

Survival guide ‘Army of the dead’: 7 anti-zombie lessons from movies and series

From director Zack Snyder (300, The Justice League), Army of the dead drags us to a city of Las Vegas devastated and isolated from the world after a zombie outbreak. The film opened in theaters on May 14 and hit the streaming platform on Friday, May 21, leading the top most watched. Tells the story of Scott Ward (Dave Bautista), a local, war veteran, who is in low hours and who works making hamburgers on the outskirts of the famous tourist destination.

Carole Baskin, Amazon vs. Zombies and Ghost Casinos: 8 Anecdotes from ‘Army of the Dead’

A somewhat gray life until the head of the casino, Bly Tanaka (Hiroyuki Sanada), makes the final proposal: break into the quarantine zone invaded by zombies to recover 200 million dollars that are in the vault of his casino. And do it before the city is bombed by the Government in a few hours.