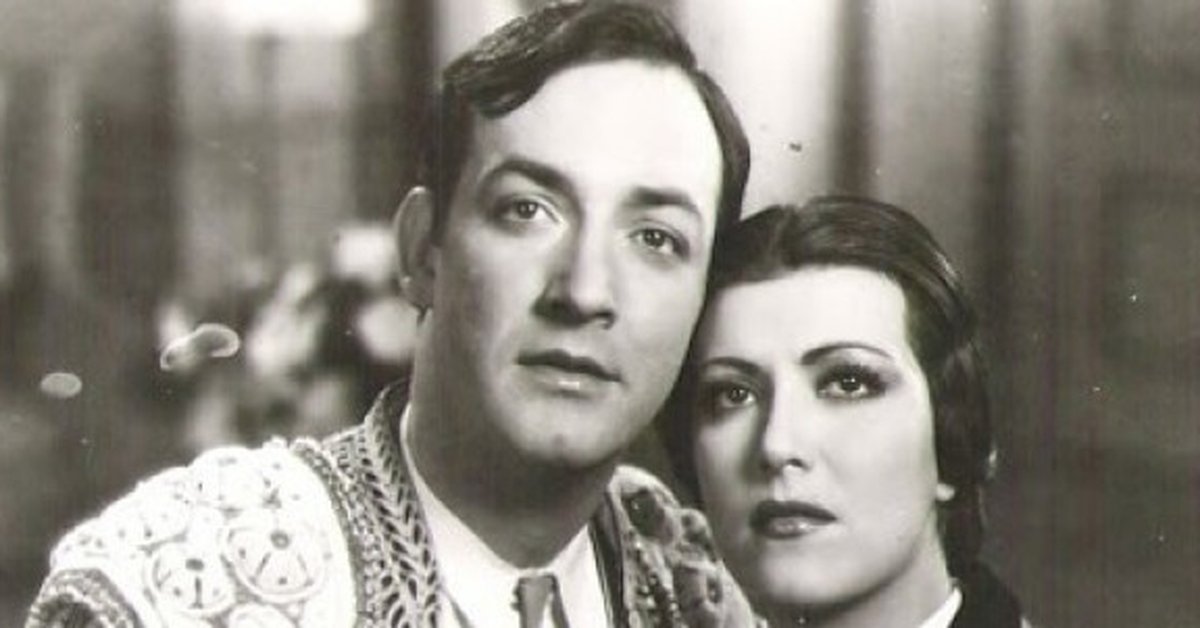 Gloria Marin and Jorge Negrete they were the protagonists of their own love story, which would have been born between the filming of different tapes, however, the romance came to an end after becoming the favorite movie couple.

Jorge Negrete was a heartthrob from the Golden Age of Mexican cinema, which is why he not only conquered the hearts of his thousands of fans, but also those actresses with whom he came to work. Among his greatest loves he positioned himself Elisa Christy as his first wife, but after having had his only daughter, he Charro Singer he met Gloría Marín, the actress who made him fall in love with her talent and beauty.

Gloria Marín positioned herself as one of the most coveted actresses by filmmakers since she was only 19 years old. Her performance in acting fascinated audiences movie after movie, who acclaimed her for her sympathy and ability.

Gloria Marín would have been one of Jorge Negrete’s greatest loves (Photo: Twitter / @cinegloria)

It was in Oh Jalisco, don’t back down! that he met Jorge Negrete. Since the filming of the film, both would have combined very well, the chemistry between the two was evident and they did not try to hide it, but the singer had other commitments.

Although he was married to the dancer Elisa Christy and she was pregnant, he began a romantic relationship with Marín.

Elisa was the one who decided to leave Charro Singer because she did not want her husband to hurt her dignity further and they divorced in 1942, so she would only have kept in contact with him for the good of Diana, their daughter in common.

Since then, Negrete and Marín began their romance and gave it free rein on screen, where starred in more than 10 movies together and in all they represented the most tender love. They never got married because they did not want it, but both assured the press that they were married because they lived for 11 years in a free union.

The actors always bragged about their relationship, but from one moment to another the love would have ended and they were no longer seen together and it was known that they were no longer working on some other production as a couple, so the press questioned the interpreter of Mexico Beautiful and beloved about.

Jorge Negrete then confessed that for both of them the workload each time it was more and the commitments had separated them little by little, to the point where love was no longer enough to rejoin. Therefore, both decided to end their romance on good terms.

He assured that he had a lot of appreciation for Gloria, he would keep great affection for the years together and his admiration for her great talent would never end, but the break was irreversible because he no longer felt in love with Marín. For her part, the actress did not comment on her separation.

Gloria Marín would have been the one who decided to end her relationship with Jorge Negrete (Photo: Facebook / Cine de Oro Mexicano)

In a short time it became known that she had decided take back a love that was in the past. Before starting her courtship with him Charro Singer, Gloria was a partner of Abel Salazar, and when she ended her relationship with the singer, she gave the actor a new opportunity.

Despite the rumor that she was the one who ended their romance with Negrete because he had taken up the one he had with SalazarIt was until 1958, six years after her break with Jorge, that she married Abel.

When the charro arrived at the altar with Maria Felix, many claimed that he had done it for spite and not for love of The DoñaWell, she would have been one of Marin’s greatest rivals.

Many years after the death of the singer, Raul Corrales, photographer and close friend of Charro Singer, revealed that “Jorge was not killed by cirrhosis of the liver. His inordinate love for Gloria Marín killed him “.

Gloria Marín, the woman who fell in love with Jorge Negrete and broke his heart