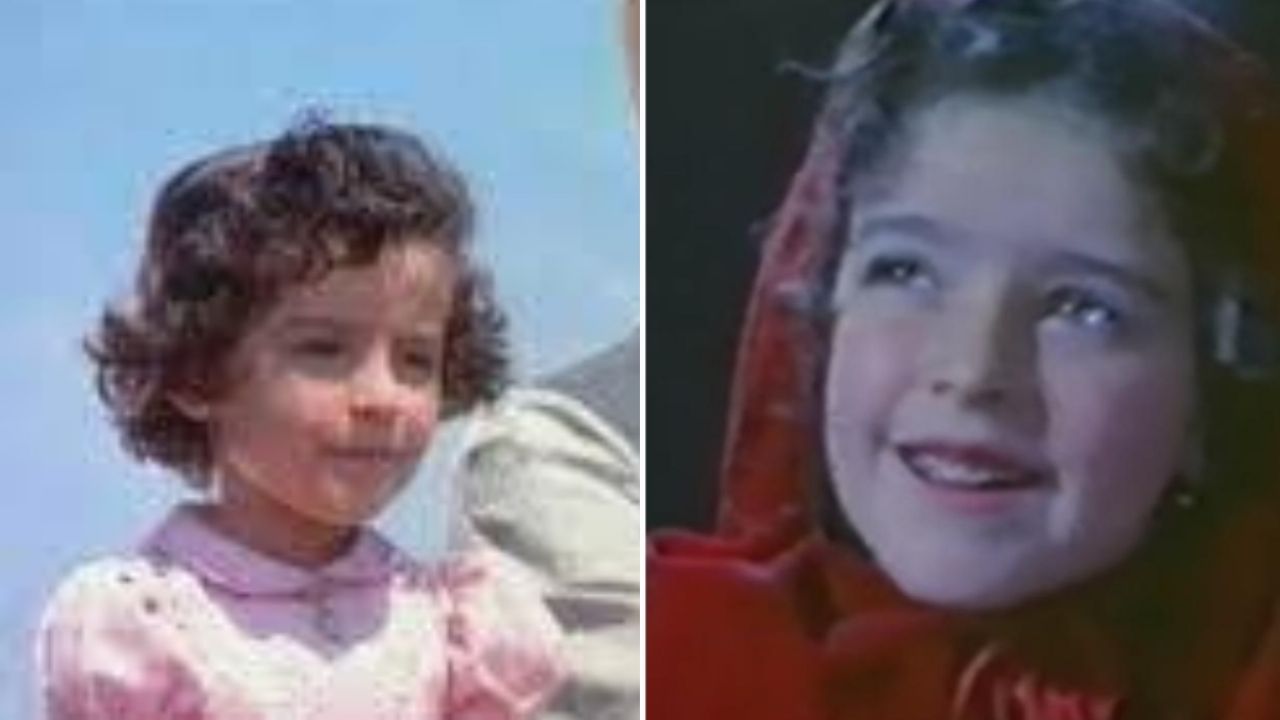 In the final stage of the Golden Film Era in Mexico a lot of child figures who managed to make their mark on the national film industryHowever, among these stars the case of Maria Grace, who after succeeding on the big screen disappeared from the middle of the show without leaving a trace, so this time we will remember some information about his career and we will tell you what he dedicated all this time to.

The artistic career of Maria Grace Within the film industry it was brief but intense, the one in charge of making it shine in the cinema was the renowned director Roberto Rodriguez Ruelas, who projected her to fame, the first productions in which the child star participated were “The Smile of the Virgin” (1958) and later, “The children of others” (1959).

It was precisely in the year 1959 when María Gracia established herself as one of the most important child actresses of the moment Well, he starred in “Red Riding Hood”, which was a phenomenon of the time and that led her to make two more films with her emblematic character, “Little Red Riding Hood and her three friends” (1960) and “Little Red Riding Hood and Tom Thumb against the monsters” (1961), however, after the success of the famous trilogy, María Gracia abruptly disappeared from the middle, without anyone knowing about her for many years and giving rise to all kinds of rumors about her life and career.

Until a few months ago, very little was known about what had happened to the life of María Gracia, however, The Herald of Mexico was able to contact the actress, who decided to return to the public eye for reveal the reason for your withdrawal from the media and clarify some false rumors that were generated during his absence in the media.

Ana Maria Gracia Fletcher Celis is the full name of the actress, who pointed out that the decision to stay away from the media was made by her mother, because “He did not glimpse his adolescent daughter in the world of show business”, so she continued her next years of life like any other girl her age. After completing your university studies, she married her husband, Dr. Ignacio Iturbe Alessio, who is a renowned internist and hematologist.

Nowadays, María Gracia lives in California, United States, where he has lived the last 34 years of his life and where he was able to develop professionally as he points out that a few months ago he retired, however, he explained that for 23 years he worked as a court interpreter certified by the Council of the Judiciary in California.

María Gracia and Dr. Iturbe Alessio had two daughters, Andrea, who has a degree in Communications and Political Science and Elisa, who trained as an Architect. “They are both my great pride, excellent daughters and professionals completely dedicated to their careers,” mentions “Little Red Riding Hood.”

The emblematic “Little Red Riding Hood” comments that, after her disappearance from the show business, He decided to keep his private life as far away from the spotlight as possible. to fully focus on his family, furthermore, he notes that is not interested in regaining its exposure in the media, Rather, the decision to reappear is to put an end to the rumors about him as the one who lives in Spain, that he was married to José Domingo, Placido Domingo’s son and that his real name is supposedly “Margarita Aldecoa”.

Finally, María Gracia mentioned that, after retiring, has dedicated his time to share his passion for cooking with his family, In addition, he points out that in his free time he dedicates himself to painting. He also asserted that it is very pleasant for him that his character of “Little Red Riding Hood” continues to be remembered by the Mexican public.

“The reach my films have had is incredible because people continue to recognize me. The Little Red Riding Hood trilogy marked my life and It left me with wonderful memories that, even though I was such a little girl, remained etched in my mind forever “, ended.