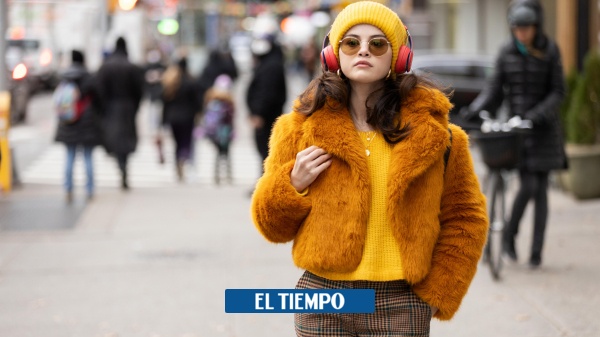 The landscape of platforms streaming shakes again with the entry into the game of Star+, which comes to compete with its proposal for film, television and special content against powerful entertainment actors such as Netflix, HBO Max, Amazon Prime Video and Paramount +. Can this new alternative fight, of what was previously known as Fox and which in Latin America has its channels under the name of Star?

(What’s more: The wait is over: watch the trailer for ‘Spider-Man No Way Home’)

The Star + option includes all the cinematographic production, series and other formats that seemed to have been lost in the shadows after the appearance of Disney+ (It should be remembered that the Mickey Mouse company also acquired Fox). Its contents undoubtedly have potential.

Subscribers will be able to configure seven profiles, watch content simultaneously on 4 devices and download series and movies on up to 10 devices.
It will also have tournaments such as UEFA Champions League, the Copa Libertadores, the Concacaf Champions League; in addition to La Liga in Spain, the Premier League in England and Serie A in Italy. On par with ATP and WTA tennis tournaments, as well as grand slams; the Tour de France and the basketball league of the NBA, among others.

Which implies a very ambitious bet, since they take home a good part of the most popular sporting events in the world, which were previously seen exclusively on the sports channel ESPN and now they will also be on the platform.

For those who have been loyal to the Star brand on pay TV and premium packages, the new platform will host all seasons of The Simpson, like other animated series like Futurama, Family Guy, American Dad !, Duncanville or Bob’s Burgers.

Also dramas like This is Us, the farewell of Pose, the terror with American Horror Story or the final season of The Walking Dead, which will be available from next Tuesday, August 31 and then will premiere a new episode on Sundays.

(Can read: Now will they fight for food on ‘The Walking Dead’?)

It also has other cult classics like The X-Files; the Alien film saga or series like Outlander, Modern Family, Lost y 24.

Among the novelties is the premiere of Genius: Aretha, the biographical series of the singer Aretha Franklin and that is interpreted by Cynthia Erivo. The production was nominated for three Emmy Awards. And this Tuesday you can see it at home Nomadland, the great winner of the Oscars 2021, with statuettes for best film, actress and best director.

(You may be interested in: Netflix’s must-see premieres in September)

Maggie and Daryl have survived all eleven seasons of The Walking Dead.

As well as the special Bios: lives that changed yours, with the Argentine singer Andrés Calamaro, creator of hits such as I love you the same, Skinny, perfect crimes O The airplanes and who almost got into trouble last year when he wanted to imply that Queen “was the most inflated group in history.”

Another of his bets is Only Murders in the Building, a plot of humor and mystery starring Selena Gómez, along with the legends of the American comedy Steve Martin and Martin Short. Everyone is obsessed with crime stories and ends up involved in a murder in a luxurious apartment on the Upper West Side of New York.

The life of Andrés Calamaro will be told in a special documentary.

In a more youthful and dramatic tone it will be released Love, Victor, inspired by the 2018 film Yo soy Simón, about a teenager trying to figure out who he really is and how he can deal with the dynamics in high school, at home, and with his sexual orientation.

Star + will also open a space to Solar Opposites, by Justin Roiland, one of the creators of the famous Rick and Morty, which describes the adventure of a family of aliens that ends up on the worst planet in the universe: Earth. And it will premiere on September 29.

(You might be interested in: The trailer for the new Spider-Man movie is the most watched in the world)

A family of aliens tries to mate with life on Earth.

On par with Santa Evita, an Argentine bet starring Natalia Oreiro, of seven episodes, and inspired by the homonymous book by Tomás Eloy Martínez and directed by the Colombian director Rodrigo Garcia (famous for films such as Albert Nobbs and Passengers and which, among other projects, will produce the series Noticia de un kidnapping –inspired by the homonymous book by his father, Gabriel García Márquez–).

The series follows the story of Eva Perón’s embalmed body after her death and all the horrors she had to go through; among these, the construction of a monument that never materialized. But we will have to give time to this ambitious series: García Barcha just finished filming, and it could be released in 2022.

As for comedies with a Latin flavor, it is prepared The protectors, in which three bankrupt soccer representatives decide to team up to revive their career. It has the Argentines Adrián Suar, Gustavo Bermúdez and the Colombian Andres Parra. And following the scheme of decadence, from Tuesday there will be the Mexican series The gallant. TV changed, he didn’t, in which an actor is a victim of the new reality of the medium that made him famous.

‘It’s her’: Alberto Linero would have presented the woman who fell in love with him

What do Pablo Escobar’s children currently look like and do?