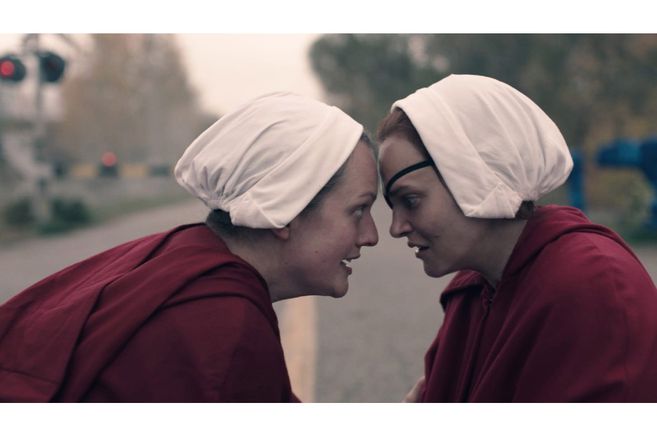 The platform arrives this month with exclusive content for all audiences, from drama and action films with the most recognized personalities in Hollywood, to series that will not let anyone get off the couch.

This original content from the platform adds to the great offer of content offered by the premium streaming platform, such as The Handmaid’s Tale, No Activity, Strange Angel, Two Weeks to Live, Yellowstone, Killing Eve, the Showtime drama series, Your Honor, and the global formats of MTV and Comedy Central.

Paramount + offers an extensive catalog of films such as, captain Phillips, War of the Worlds, Passengers, Baby Driver, Catch me if you can, Arrival, among other. This month, three must-see films with award-winning actors and compelling plots are added to the platform: Ordinary Love, 10 Minutes Gone Y The Hitman’s Bodyguard.

Set in Ireland. Joan and Tom – a veteran married couple – face a great challenge when she is diagnosed with breast cancer. Ordinary Love is a romantic drama film directed by Lisa Barros D’Sa and Glenn Leyburn, from a screenplay by Owen McCafferty. It stars Liam Neeson and Lesley Manville.

The best bodyguard in the world has a new client, a hit man who must testify in the International Criminal Court. They must put aside their differences and work together to get to trial on time.The Hitman’s Bodyguard is an action-comedy buddy film directed by Patrick Hughes and starring Ryan Reynolds, Samuel Jackson, Gary Oldman and Salma Hayek.

Unable to remember what happened during the ten-minute bank robbery that cost his brother his life, Frank is willing to do anything to get someone to explain what happened and who is responsible for the tragedy. 10 Minutes Gone is an action thriller released in 2019, directed by Brian A. Miller and starring Bruce Willis, Michael Chiklis and Meadow Williams.

Within the platform you can find a wide range of series with recognized titles such as The Handmaids Tale, Yellowstone, Your Honor and City on a Hill and content ranging from comedies such as The Office even dramas, how Dexter. To this catalog are added 3 new series: Interrogation, Nurse jackie Y House of Lies.

ER Nurse Jackie Peyton goes out of her way to provide her patients with the best possible care as she navigates the waters of a crumbling healthcare system. But she has a secret that is becoming increasingly difficult to hide. Nurse jackie is a dark humor drama series created by Evan Dunsky, Liz Brixius, Linda Wallem and starring award-winning actress Edie Falco, Eve Best, Peter Facinelli and Merritt Wever.

Based on a true story spanning over 30 years of investigation, a young man is charged and convicted of brutally murdering his mother. Interrogation is an American television series of real crime drama, released in 2020, created by Anders Weidemann and John Mankiewicz, starring Kyle Gallner, Peter Sarsgaard, Kodi Smit-McPhee and Ellen Humphreys.

Consultant Marty Kaan and his team of colleagues petulantly charm big corporate executives, not suspecting that the team just wants to close big deals, in which executives will have to spend a fortune for Kaan’s services. and your team. House of Lies is a comedy series created by Matthew Carnahan and stars Don Cheadle, Kristen Bell, Ben Schwartz, and Josh Lawson.