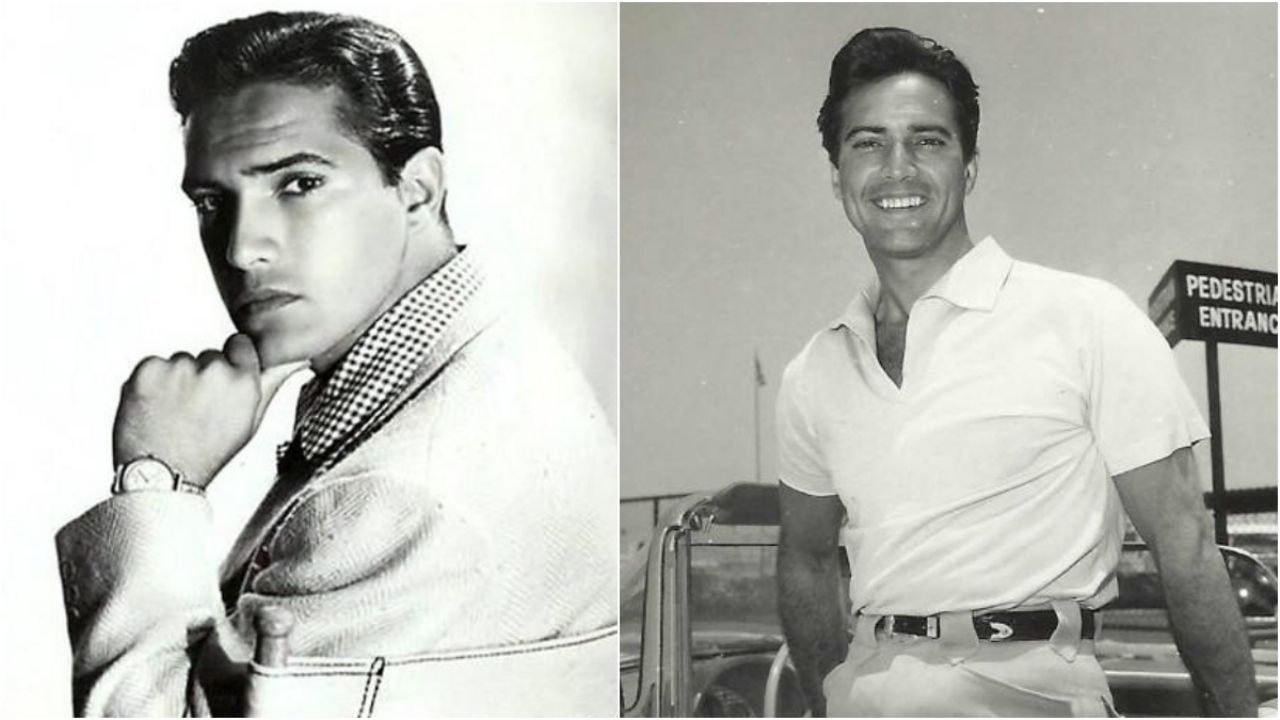 The Golden Cinema It was a time when many foreign actors had the opportunity to succeed, as happened with this Uruguayan, who recorded more than 100 films and married a Miss Universe, in addition, the Prince from the big screen became the father of a famous actress and a ambassador.

Gustavo Red Pinto was born in the Atlantic Ocean on September 5, 1923, when his parents were traveling to Montevideo, where he was registered, and the reason why he is considered Uruguayan, although in Mexico he had an extensive career in film and television. Of Spanish descent, he was the son of the lawyer Rubén Rojo Martín de Nicolás and the writer, poet and feminist Mercedes Pinto.

His brother was also the actor of the Golden Cinema, Rubén Rojo and his half-sister on his mother’s side was the Spanish actress Pituka de Foronda.

He made his debut as a theater actor in 1940 with a theater group at a university in Havana, Cuba. Three years later he moved with his mother to Mexico and shortly after he received an invitation to participate in the film “Walls of passion”, in 1943.

In his filmography dozens of films can be counted, among which stand out: “All a gentleman”, “Tarzan and the mermaids”, “Courtesan”, “Neighborhood of passions”, “A woman with a past”, “When the tide goes down “,” When parents are alone “,” From Madrid to heaven “and” Stronghold “.

He married a Miss Universe

Gustavo Red He married three times, the first with Mercedes Castellanos, who unfortunately passed away, later with Erika Remberg, but the marriage did not last long and they divorced after a few years. Finally, he found love in Carmela Stein, ex Miss Peru, with whom he raised his four children, Alejandra, the fruit of his first marriage, Enrique, Juan Carlos and the actress Ana Patricia Rojo.

He also participated in the series “Wagon train”, “Bronco”, “Law of the plainsman”. In his long career he shared credits with Sean Connery and Johnny Weissmuller, as well as Sara García, Fernando and Andrés Soler. In 2013 he participated in the staging “12 men in conflict”.

His last work was the telenovela “A path to destiny” (2016) in which He acted alongside his daughter Ana Patricia. In March 2016 he was distinguished for his career with the statuette La Dama de la Victoria by the Association of Theater Critics and Journalists (ACPT).

Gustavo Rojo died at the age of 93, on Saturday, April 22, 2017, according to the actor’s daughter, who did not give more details about the death.

Gustavo Rojo father of an ambassador and a famous actress

The beloved movie star is the father of the famous actress Ana Patricia Rojo, who began her career as a child. His first film was “Los reyes del palenque”, a year later he participated in the telenovela “At the end of the rainbow”. Later it acts in “Games of the destiny”.

His participation in the 1983 telenovela “El maleficio” stands out where he acts alongside fellow beginner Armando Araiza, also son of an actress of the Cine de Oro. In 1984 she starred in the film “Poison for the fairies”, a performance for which she was nominated for various awards such as the Ariel, the Silver Goddesses and the Golden Bochica, being the winner in the last two in the category of “Best child actress. “.

Pedro Infante lived among LUXURIES, so were the mansions of the “idol of Mexico”: PHOTOS