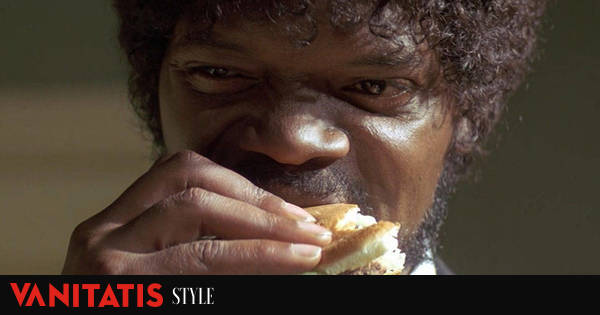 Although some say they date from Roman times, the most widely accepted explanation for the origin of hamburgers he relates them to the Mongols and is not exactly nice. Apparently, Genghis Khan’s warriors placed minced meat under the saddle of their horses and while they galloped, with the heat of the nag they were softening. Yum!

Fortunately, somewhat refined since she became famous, obviously, thanks to the German city of Hamburg and became popular in the United States in the late 19th century, it has now overcome its stigma of junk food. Now, current burgers they have little to do with those. They are made with select ingredients, with gourmet proposals and with prices that are sometimes more expensive than that of a steak, for example.

But to celebrate the Hamburger Day instead of real meat, cheese and bread, we want to focus on the versions that we have enjoyed countless times through the small and big screen.

We start the tour in Springfield, where locals enjoy their burgers at the Krusty Burger, which is nothing more than a copy of McDonald’s with changed menu names, as recognized by the string owner, Krusty the Clown. Despite the fact that in one episode they even introduced a vegetarian option, the fact that it has been described as “the most unhealthy restaurant in the world” does not make us particularly want to visit it.

Also in an animated version but a few decades before we met the huge hamburgers that were eaten Pedro Flintstone and his family based on brontosaurus. We overlook the very unscientific fact that dinosaurs and humans never coexisted, because brontoburgers They looked most palatable.

Burgers with names based on puns (‘Gouda Wife Burger’ for example) are the specialty of another sought-after grill, that of ‘Bob’s Burgers’. But when it comes to cartoon burgers, none of them are better than the Cangreburger they prepare sponge Bob, with secret recipe included. What exactly is inside that burger? That’s what Sheldon J. Plankton would like to know …

Leaving the drawings but not the TV, in a glorious episode of ‘How I Met Your Mother’, Marshall and the rest of the gang spend the entire chapter touring New York hunting for a hamburger that, as the protagonist of the sitcom explains, is the equivalent of “God speaking through food.”

We live another emotional television moment with a hamburger as the protagonist in ‘Gilmore Girls’, when surly Luke reveals his sweeter side by turning Lorelai’s Christmas burger into a portrait of Santa Claus. Ooooh.

The burger joint where Kevin Spacey works on ‘American Beauty’, the extra-spicy burger that appears in ‘Two very dumb fools’ or the one that gobbles in five seconds John belushi in ‘Desmadre a la americana’ are some of our favorite carnivorous moments from the cinema, but a film of Quentin Tarantino surpasses them all.

Why do I have a burger on my head? Because I want YOU to grab lunch with me and help support a great cause. Enter for your chance to win here: https://t.co/syDBRpbckM pic.twitter.com/kCdeSqUI3y

In ‘Pulp Fiction’ we not only witness an epic conversation between John Travolta Y Samuel L. Jackson on the differences between hamburgers in the United States and Europe. We can also see how before reciting his famous speech “the way of the upright man is everywhere surrounded by the injustices of the selfish and the tyranny of the bad men …”, Jules Winfield gobbles a Big Kahuna burger.

“A Big Kahuna Burger! Ummmm, that’s really tasty!” Assures the hit man in reference to this fictional hawaiian burger who has also made cameos in other director movies like ‘Reservoir Dogs’.