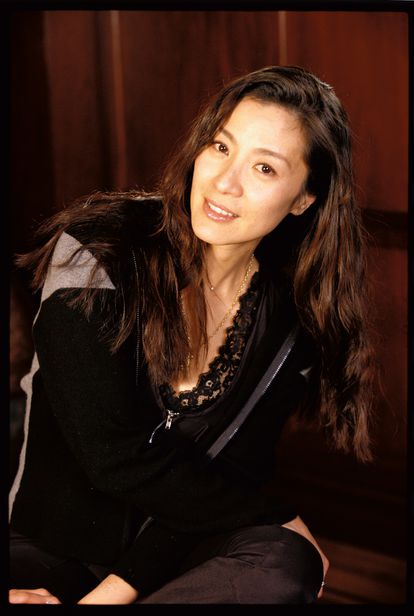 Against all odds, the US box office is revolutionized by two 59-year-old stars starring in action movies and shooting their own stunts. That one of them is Tom Cruise is a minor surprise. What is more surprising is Michelle Yeoh (Malaysia, 1962) in All at once everywherethe film by the Daniels –a duo of directors made up of Daniel Kwan and Daniel Scheinert–, who conquered Sitges in 2016 with Swiss army man. Among the occurrences of his new film, “a love letter to genre cinema”, as critic Marya E. Gates enthusiastically calls itperhaps the most remarkable is to have placed in the center of the action the most unlikely heroine: Evelyn, a middle-aged woman who turns out to be the salvation of the multiverse.

The directors had offered the role to Jackie Chan and traveled to China to convince him. Her refusal gave the Malaysian actress the defining role of her career. The change made the story more interesting even for the directors themselves. “As soon as we changed it we realized that it was easier to identify the protagonists. Why don’t we write it this way from the beginning? The Daniels knew that a refusal from Yeoh would derail the project because no other woman could star in it. There was no rejection. the actress saw swiss army manaccepted and embarked on “the craziest movie of the season” in words of the critic Javier Ocaña in EL PAÍS. A feast of references that includes an extra gift for nostalgic moviegoers: the return of Ke Huy Quan, Data en the goonies (1985) and Plug in Indiana Jones and the Temple of Doom (1984) after abandoning his acting career for three decades, fed up with only receiving stereotypical roles.

Yeoh doesn’t carry a tragic story of immigrants and self-improvement like Evelyn’s. She was born into a well-to-do Malay family that paid her the best studies. At the age of 14 she moved to London and she enrolled in the Royal Academy of Dance. She was an outstanding dancer who was only kept from her career by an injury that led her to graduate in Dramatic Arts, although without any serious interest in acting. Agents external to her were the ones who introduced her to the world of the image. Her mother, who entered her behind her back to the Miss Malaysia pageant —which she won— and her friend who sent her photo to the almighty producer Dickson Poon, who at that time was looking for a girl to star in an advertisement of clocks next to Jackie Chan in Hong Kong, the epicenter of martial arts cinema.

The industry opened doors for her: “I didn’t read or speak Cantonese very well, but I’m adventurous. The easiest thing is to say no, that way you will never fail, but you will never get anywhere, ”she once said. When she stated that she wanted to dedicate herself to action movies, they made fun of her. She seemed to them more gifted for the roles of the hero’s woman, but she had it clear: those choreographies of Chan’s films or Jet Li they were not far from the ballet. In a voracious industry that gave the last clapboard hit on a Wednesday to open on a Friday, they saw it as an opportunity to open a new business path. So many movies were being shot that if the thing about women fighters failed, no one would know.

“The first hurdle I had to go through was getting the boys to accept me into their club.” He went to the gym where the actors trained and received their taunts impassively. When she saw her work out 12 hours a day, day after day, she earned her respect. In the second film she was already the protagonist. yes madam (1985) became Hong Kong cinema’s first girl wrestler film.

Her dancer’s body is full of scars that testify to the harshness of martial arts cinema. “In Hong Kong no one would admit to being hurt after a shoot. You may be bleeding from the head, but the first thing you say is: “I’m fine!”. Her ability to integrate into this harsh filming system earned her the respect of Jackie Chanan actor who until then considered that the role of women was not in action movies… “until I kicked his butt”, as Yeoh stated to Guardian. Especially when she dropped from a van onto the hood of her car, her windshield didn’t break like it was supposed to and she almost got run over by the actor. Chan’s terrified face can be seen in the extras of the film supercop (1992). “There was nothing to hold on to,” the actress revealed to the newspaper. South China Morning Post. “Everyone was going so fast that no one thought to yell, ‘Cut!’ I was so lucky I landed on my ass instead of on my head. If I had gone the other way, it would have been the end of me.”

That didn’t make him stop. When the director offered to repeat the take, he agreed. “It’s like when you fall off the horse, you have to get back up immediately. If we had stopped the shooting, he would have thought better of it and would not have gone back up ».

It was not his only accident. During the recording of The stunt woman in 1995 he was about to break his back. She remained immobilized for months and her environment prompted her withdrawal. She thought about it very seriously, but during his convalescence he received a visit from Quentin Tarantino. “She was so injured that she couldn’t even turn her head to look at him,” the actress recalled during a chat with The Hollywood Reporter. Undeterred, Tarantino knelt at his feet, claimed to have seen all of his movies, and proceeded to describe his favorite action sequences frame by frame.” According to the actress, that made her “come back to life” and remind her that she loved her work.

It was not the first time that withdrawal had been considered. At 25, she married D&B production company boss Dickson Poon, and she left the movies. “Take a decision. If I want to do something, I feel like I can only do it if I give it my all. I look at some of the actresses juggling having a baby and working outside the home and I don’t know how they do it. Is incredible”.

Her admiration for these mothers capable of dealing with everything was one of the reasons why she accepted the role of Evelyn in Everything at once everywhere. “She is the voice of those mothers, aunts and grandmothers that you come across in Chinatown or in the supermarket that you don’t even look twice at, you just take them for granted,” she told Associated Press.

She and Poon parted ways after three years, and Yeoh returned to acting. She has been a couple for almost two decades. Jean Toddthe businessman and former president of the International Automobile Federation who was part of the Ferrari board in the team’s most glorious era.

Tarantino’s words were providential. A turning point in his professional career came in the mid-1990s: became a “Bond girl”. While preparing for the filming of The tomorrow Never Die (1997), a couple of screenwriters suggested his name, according to told the actress herself during the Singapore International Film Festival. “What do you think of Michelle Yeoh?” someone asked. “He knows how to kick ass!” The role of Wai Lin became the first Bond girl to fight better than 007. According to Yeoh, Brosnan “had no ego” and handled it very well.

The Bond saga brought him international fame, but not the roles he expected. All the scripts that came in were of a fragile damsel, which she calls “the Ming vase stereotype.” She waited and two years later another proposal appeared that changed everything: Tiger and dragon (2000), the first foreign-language film to gross over $100 million at the US box office, nominated for ten Oscars and won four. Her knowledge of martial arts was essential in her — she was the best fighter in the cast — and again she suffered a serious injury. While she was filming a stunt, she tore her anterior cruciate ligament, which paralyzed filming for months and caused the final scenes of the film to be shot at angles that hide the bulky cast she was wearing.

These two blockbusters confirmed his versatility: he could do action and also drama. Interesting characters began to arrive. She had a leading role in the adaptation of the best-seller Memories of a Geisha (2005); she was the Burmese dissident Aung San Suu Kyi in The Lady (2011), by Luc Besson; she embodied the elegant matriarch of Crazy Rich Asians (2018); was part of the world trekkie as Captain Philippa Georgiou in Star Trek Discovery (2017-2022) and joined the Marvel Cinematic Universe twice: in guardians of the galaxy 2 (2017) and in Shang-Chi and the legend of the Ten Rings (2021). Now that diversity is no longer just a quota in cinema, the opportunities have multiplied. “When I came to Hollywood”, revealed to GQ“Someone told me, ‘If we cast an African-American lead, there’s no way we can cast you, because we can’t have two minorities.’

Today Asian women, historically underrepresented in cinema, have a role model. And the public begins to discover what for many in the industry was an open secret: that Michelle Yeoh is a formidable actress. Her partner in All at once everywhere, Jamie Lee Curtiseither conceals her devotion: “The only reason I’m in the movie is Michelle Yeoh.”

There’s already talk of a possible Oscar nomination for her (although a genre flick released before summer has little to no chance of making it into awards season in shape), but Yeoh doesn’t seem to care too much. In addition to participating in the expected sequels of Avataris part of the cast of the prequel to The Witcher and they wait for her The School for Good and Evil, by Paul Feig alongside Charlize Theron, and the Disney+ adaptation of the graphic novel American Born Chinese. The golden age of an action heroine.

From James Bond to ‘Tiger and Dragon’: Michelle Yeoh, the star who triumphed in the action cinema bordering on the 60s

This is the crudest film on Netflix based on REAL FACTS; it will make you value the place where you...
Still unreleased, Netflix's The Gray Man already has a spin-off planned for Chris Evans
Dean Martin, lights and tragedies of the man who invented being 'cool'