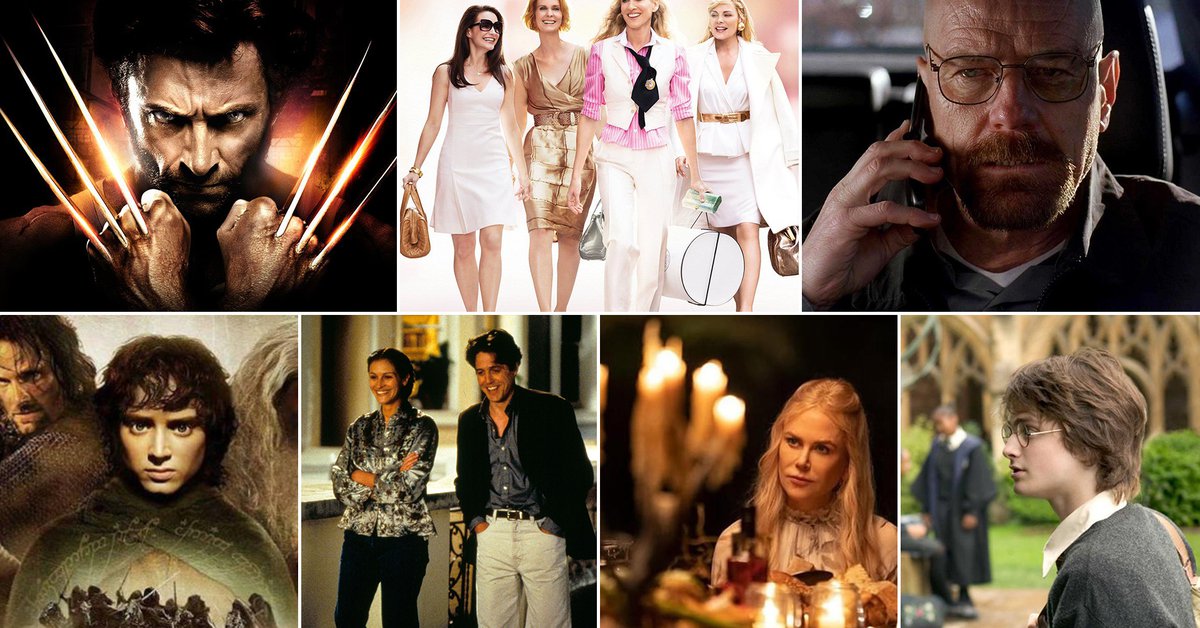 Who has never dreamed of getting into the cinema or television screen to be able to enjoy some furniture, palace or mansion from our favorite stories? The good thing is that this is a dream that can come true, because There are tours and guided visits to the most emblematic places of series and films. A journey with our imagination on those places that we all yearn to know at some point to achieve the long-awaited photo.

The mansion of X-Men

We could say that it is a castle where these mutants find a refuge run by Xavier. Although the site to visit is the one located at 1407 Graymalkin Lane, North Salem, Westchester County (New York), the saga was filmed in several other mansions to find the right location. Thus, throughout the films the castle “moved” to Toronto (Casa Loma), Oshawa, Ontario (Parkwood Estate). Also to Hatley Castle in British Columbia and, finally, to the town of Berkshire, England where they chose Englefield House as the home of the X-Men

The castle where the X-Men mutants lived

The blue door of Notting Hill

Maybe very few knew the Notting Hill neighborhood from London before this movie was released. Hugh Grant era William Thacker, the owner of a small travel bookstore who led a quiet life between his business and his group of friends. But one day a consecrated Hollywood actress knocks on the door of his premises and love appears. With unforgettable locations, the blue door of the protagonist’s house is one of the most emblematic, which receives daily visits from tourists who want their photo there. The exact address for those planning to go is 280 Westbourne Park Road in Notting Hill.

House of Carrie from Sex and the City

New York is synonymous with Carrie Bradshaw, that mythical character of Sarah Jessica Parker that he was encouraged to talk about the female sex almost for the first time on television. Set in the ’90s, now the series will have a return with the expected And just like that..which will premiere soon on HBOMAX. But the protagonist’s house is a must for those who walk through the city that never sleeps. Thousands of scenes were recorded on the door of this house, so it is super easy to identify it. Just in case, the exact address is: 66 Perry Street in Greenwich Village

Would you like to spend a day at the mansion of the Crawley? Well, you just have to hire the guided tour that will take you to Bampton, Cotswolds, a place that is now also known as the town of Downton. The hyper-awarded English series invites you to visit each of the rooms, lounges and gardens where the life of this aristocratic family was recreated. You can also visit the magnificent Highclere Castle, where most of the scenes were recorded.

The English castle where the Downton Abbey series was filmed

Emblematic location if any. The extensive saga of Harry Potter (eight in total) were recorded around London therefore there are many tourist spots to visit, such as the train station in San Pancreas. But Hogwarts school and, more than anything, the dining room is the most classic. To travel it we must go to the College Christ Church of the University of Oxford, in England.

The Hogwarts dining room, protagonist of the Harry Potter saga

Hobbiton, where the Hobbits of the films live The Lord of the rings and The Hobbit

Matamata, New Zealand. The place where the smallest beings on earth live according to The Lord of the rings, exists. In fact, there is a two-hour tour that allows you to explore the lands of Frodo Baggins and that can be extended to four hours if you add a hobbit-style dinner. Mind you, prepare a good amount of dollars.

Hobbiton, a location from The Lord of the Rings that can be visited in New Zealand

The recent series of Nicole Kidman gives us an earthly paradise. In fiction it is called Tranquilum, which is a kind of resort where people come to rehabilitate. But actually this place exists. It’s called SOMA and it can be booked through AirBNB. It is in the municipality of Byron Bay, in Australia, and is a place of meditation, yoga classes, life in nature. The prices? Approximately 4700 euros per night.

The series Nine Perfect Strangers, was recorded in this complex called SOMA

Albuquerque gained worldwide notoriety when Breaking Bad it premiered back in 2009. And, of course, it has famous locations like the house of Jesse Pinkman, the car wash or the office of Saul Goodman. But perhaps the most emblematic place is the house of Walter White (who does not remember the pizza thrown on the roof). The visit to the home of the chemistry teacher is part of a tour that includes the other sites in the series.

Abraham Mateo confesses: “I have suffered for love, but it has been good for my songs”
Overdose, mob and a suicide skater: 51 years after Jimi Hendrix’s death
Passion for boxing, VIP garbage collector and model of Jesus for the Holy Land: 47 little known facts of Esteban Lamothe