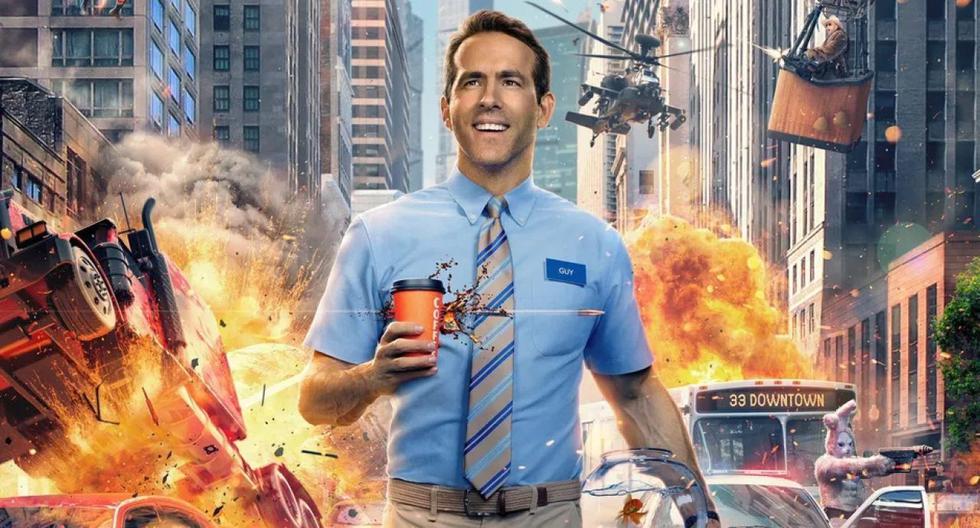 “Free Guy: Taking Control” opened in theaters last August. The film made by Ryan Reynolds got more than a laugh and now promises to do it online, since it is already available in Star+. But how was this film born? We will tell you.

After a few months of having been released in the cinema, this Wednesday, November 3, “Free Guy: taking control” can already be seen online through the Star + signal, for which you must have a subscription on the streaming platform.

How did the idea of ​​creating “Free Guy: Taking Control” come about?

During the summer of 2018, while filmmaker Shawn Levy was evaluating his next project, he received a message from Ryan Reynolds. “The text read: ‘Hello, what are you going to do in the spring? I think I have something for us ”. I still have the message saved on my phone, ”says Levy.

“So I read the script for Matt Lieberman’s“ Free Guy: Taking Control ”and the next day I met with Ryan, and I knew he was that perfect combination of a great idea, an actor that I admired and wanted to work with, and a real opportunity to do something unique, original and fun ”.

Realizing it would take a lot of work, the two of them quickly sat down with screenwriter Zak Penn (Ready Player One: The Game Begins) to polish the script and review each of the scenes to make sure they created that world the right way. “If you want someone by your side to create worlds, that’s Shawn, because not only does he have a lot of experience on the subject, but he is also so good,” added Reynolds.

What is “Free Guy: Taking Control” about?

The film is largely based on the evolutionary journey of this man who has existed all this time only within a fake, armed world, and who has the naivety and good-natured spirit of innocent people, “says Levy.

“As a result, we have the humor that we all love from those characters, but we also have a protagonist that is easy to connect with, a hero that we all support and whose struggles we feel viscerally, and whose triumphs we celebrate with passion,” he said.

Going from second to foreground, Guy becomes involved in all the unacceptable aspects of Free City. “On the one hand, the film is a bit of an existential crisis, but with this aspirational background of maximum empowerment in a world without limits,” says Levy.

“Free Guy” Debuts on Star +: How the Ryan Reynolds Movie Got The Idea