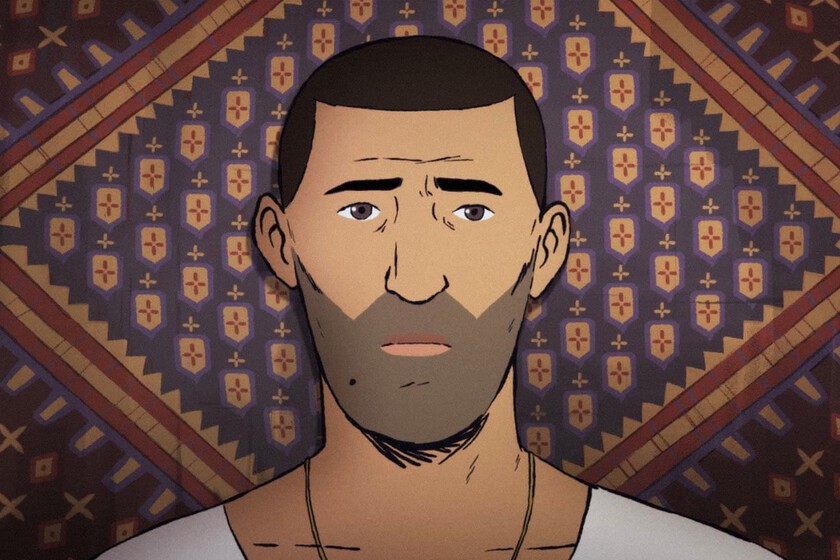 Although the mixed bag of genders cinematographic is a fantastic tool that allows classifying all kinds of productions in order to facilitate communication between viewers, critics, filmmakers or curators, it is prone to draw a series of lines that artificially discriminate feature films and that they favor prejudices and statements that are much less truthful than they might seem at first glance.

Among them are the catalog animation as a genre in itself and not as another techniqueused to shape a story —there are titles as brilliant as ‘A Scanner Darkly’ to blur these false boundaries—or the idea that documentary and fiction they belong to different worlds when, in reality, they share an infinity of narrative mechanisms and do not differ at all in terms of their capacity to impact the viewer.

With ‘flee’the Danish filmmaker Jonas Poher Rasmussen It completely destroys any type of preconceived barriers by hybridizing animation and documentary in one of the most extraordinary films that will hit our theaters throughout this 2022. A harrowing journey to the heart of its protagonist —protected by drawing strokes and layers of color two-dimensional—and to the horrors of war showing that the purest emotion does not understand labels.

The simple nature of the film – produced, among others, by Riz Ahmed and Nikolaj Coster-Waldau – and the way in which vindicates animation as a mechanism and not as a genre, make it in itself a tremendously special piece. And it is that, if Rasmussen has shaped his work by substituting frames for canvases, it has been to help keep Amin anonymous, an Afghan refugee immersed in a permanent search for a home -and the real meaning of the term-, and whose condition to participate in the project was to preserve their identity.

During its essential 90 minutes of footage, ‘Flee’ tiptoes through the war in Afghanistan, exploring its geopolitical ins and outs and its terrible consequences for the local population with success, but without going beyond the contextual, in order to focus on its true core: the heart and life of an Amin who exudes humanity, and who serves as master of ceremonies in a personal story, devastating and full of contrastsabout personal discovery and survival instinct.


Between the solid foundations of the drama about migration that moves the feature film, animation rises as an essential element when it comes to catalyzing emotion; watering it with surprising nuances that invite you to connect in an unexpectedly visceral way with the protagonist —perhaps with greater intensity than if it had been treated as a live action—, and veering between a “traditional” style with a narrative will and one with more experimental traces that capture the terror and anxiety of some really suffocating passages.

With ‘Flee’ and its atypical conception, the increasingly diffuse barrier between reality and fiction is diluted until it practically disappears, making the most dramatic moments even more overwhelming —the sporadic integration of real footage is impeccable— but, at the same time, allowing the few luminous passages are even more so. And, ultimately, all this translates into a more than probable flow of tears, some much more bitter than others, as transcendent in its background as in its ability to make us rethink how we look at the cinema.

Because it’s not every day that a feature film receives nominations for Oscar to the best international film, to the best animated film and to the best documentary.

‘Flee’ is extraordinary: a heartbreaking journey into the heart of the migrant who has made history at the Oscars with his redefinition of animation, documentary and fiction