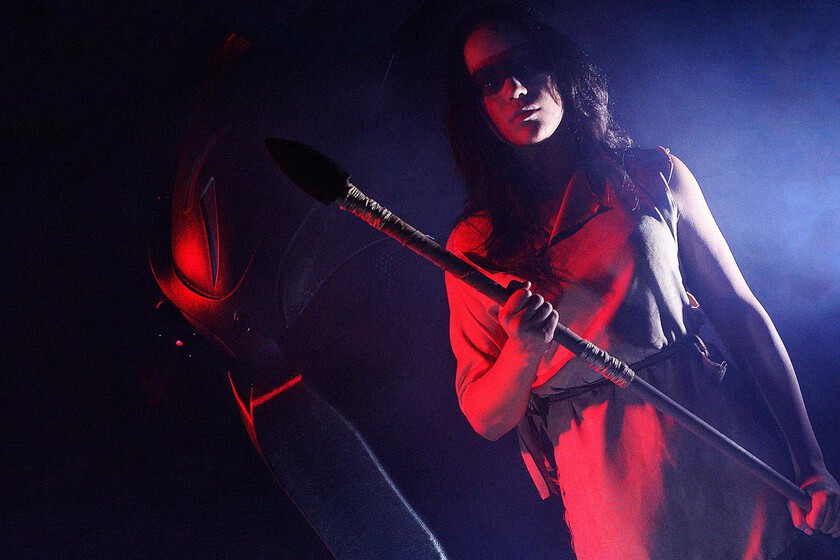 20th Century Studios has revealed the logo and first image from ‘Prey‘, a prequel to’Predator‘(Predator, 1987) set 300 years ago, when alien hunters would have first arrived on Earth. The footage was posted on Twitter shortly after the project, formerly known as ‘Skulls,’ received a new name and release date for the summer of 2022.

Direct release on Hulu and Disney +

The ‘Prey’ logo, which will be a direct premiere to Hulu and Disney +, takes the franchise back to its roots, with the film’s name written in the gray of the Predators’ armor and claw marks reminiscent of the former. film, which is essentially about human hunting. The first image gives us our first look at Naru (Amber Midthunder), whom the plot defines as a “skilled warrior who fiercely protects her tribe against a highly evolved alien predator.”

Prey will take place “in the world of the Comanche Nation 300 years ago”, And Naru appears with just a bow and arrow with the Predator lurking partially hidden by the mist. The young woman does not seem to have much of a chance of survival, but at the end of the original Arnold Schwarzenegger killed him with a log and traps. Directed by Dan Trachtenberg, behind the stupendous ‘Cloverfield Street’ from a script by Patrick Aison, the development of ‘Prey’ was kept under wraps until November 2020, with Dakota Beavers and Dane DiLiegro also joining Midthunder.


DiLiegro is likely the Predator, as the actor is known for playing monsters. in ‘American Horror Stories’. Producers John Davis and John Fox spoke to the outlet Collider on ‘Prey’ last July, stating that:

“[Prey] it goes back to what made the original movie work. It is the ingenuity of a human being who does not give up, who is capable of observing and interpreting, basically being able to defeat a stronger, more powerful, Armed force. “

The idea of ​​bringing the franchise to the Comanche nation is not meaningless, since that mystical relationship between hunter and prey of the Sonny Landham character in the original has always attracted attention and is not alien to the franchise. We saw flashbacks in ‘Alien Vs Predator’ with the race visiting the Aztecs, and in the comics it has appeared in its confrontation with Enoch Nakai and his ancestors, in a weird western prequel. But the idea of facing him with a Comanche warrior seems like an extension of the fan film ‘Warrior: Predator‘ by director Chris R. Notarile, who already had the same premise in 2019. The first news of the new project was a year ago.

First images of ‘Prey’, the prequel to ‘Predator’ about a Comanche warrior facing the star hunter