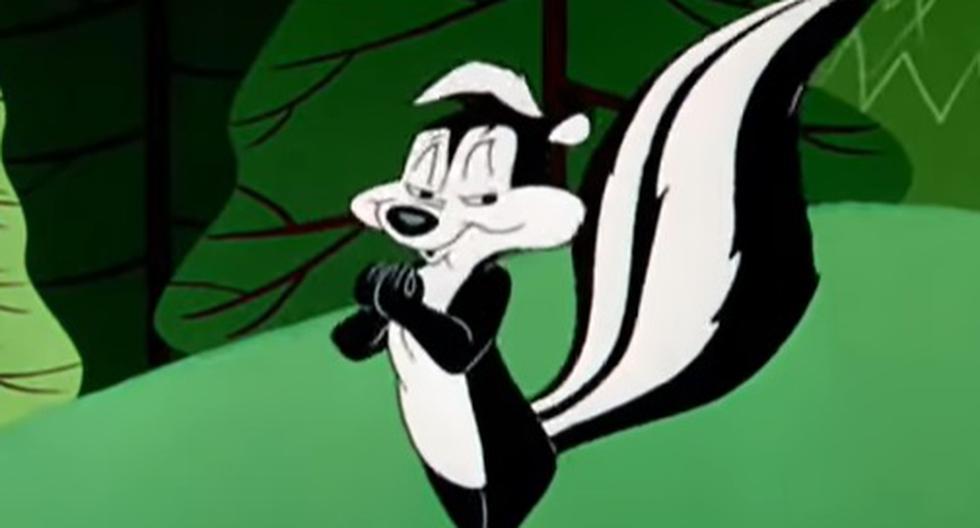 The sequel to the movie “Space Jam”Has already received criticism because the scene where the skunk appeared Pepe Le Pew has been removed, something that has upset Looney Tunes fans. It should be noted that this character was involved in a great scandal after he was accused of promoting “rape culture”.

The remembered character had a place in the film where he played a bartender trying to seduce the character of the actress Holy Greice. In his style, he starts flirting and touching the woman, but she pulls him away and pushes him against a chair. But that was not all, well, she throws a drink on him and slaps him.

Precisely, Holy Greice shot this scene in July 2019 where the cartoon was still part of the original cast. But everything would change when the director of the film was changed.

Although the cartoons of the Looney Tunes have been on the small screen for many years, fans have always been used to the characters being involved in a series of situations ranging from a slap on the evil character, to the ridicule of having dangerous weapons and still not being able to capture their victims like the Coyote that never catches the Road Runner.

In this sense, generation after generation these drawings have been very popular from 1930 to the present. However, due to different beliefs, they have been canceled or banned in some countries and even total disappearance accused, allegedly, of inciting violence or harassment.

WHY WAS THE SCENE WHERE PEPE LE PEW APPEARED WAS REMOVED?

When Terence Nance he was still the director of the prequel “Space Jam: A New Legacy” the scene where the skunk appeared was recorded; however, upon exiting production it was Malcolm D. Lee who stayed in charge of the project and it was there that this scene was eliminated.

Such a decision has generated great controversy among fans who expected to see all the characters of the Looney Tunes in this new installment. Given this, they have begun to weave a series of hypotheses of what would have motivated the elimination of the scene.

According to the portal tomatoes this would have happened because Malcolm D. Lee considered inappropriate to have a character who harassed the kitten Penelope.

A decision that has not gone down very well with the followers and fans of these cartoons who have used social networks to question other characters whom they consider worse than Pepe Le Pew.

Lola Bunny was “Too sexual” so they changed her design

But Space Jam 2 will include Rick and Morty, a man who had sex with a planet and a boy who just had to fight his own giant sentient sperm.

Pepe Le Pew did not lose by being excluded from #SpaceJamANewLegacy, he gained more by not appearing in this mess that nobody asked for, #SpaceJam there is only one and it is the one from the year 1996. Long live Pepe Le Pew ❤ pic.twitter.com/E3IXu1B9Dj

While frame pointed out that such a decision comes after the columnist of the New York Times, Charles M. Blow, will specify through an article that characters such as that of Pepe Le Pew should be canceled because “normalizes rape culture”.

“One: Grabs / kisses an unfamiliar girl, repeatedly, without consent and against her will. Two: She fights with all her might to get away from him, but he doesn’t release her. Three: He closes a door to prevent her from escaping. This helped teach the children that ‘no’ did not really mean ‘no’, that it was part of the ‘game’, the starting point of a power struggle. He taught them to overcome the strenuous, even physical objections of a woman, teaching them that she was normal, adorable, funny. They didn’t even give the woman the ability to SPEAK”, He posted on his twitter.

RW blogs are mad bc I said Pepe Le Pew added to rape culture. Let’s see.
1. He grabs/kisses a girl/stranger, repeatedly, w/o consent and against her will.
2. She struggles mightily to get away from him, but he won’t release her
3. He locks a door to prevent her from escaping. pic.twitter.com/CbLCldLwvR