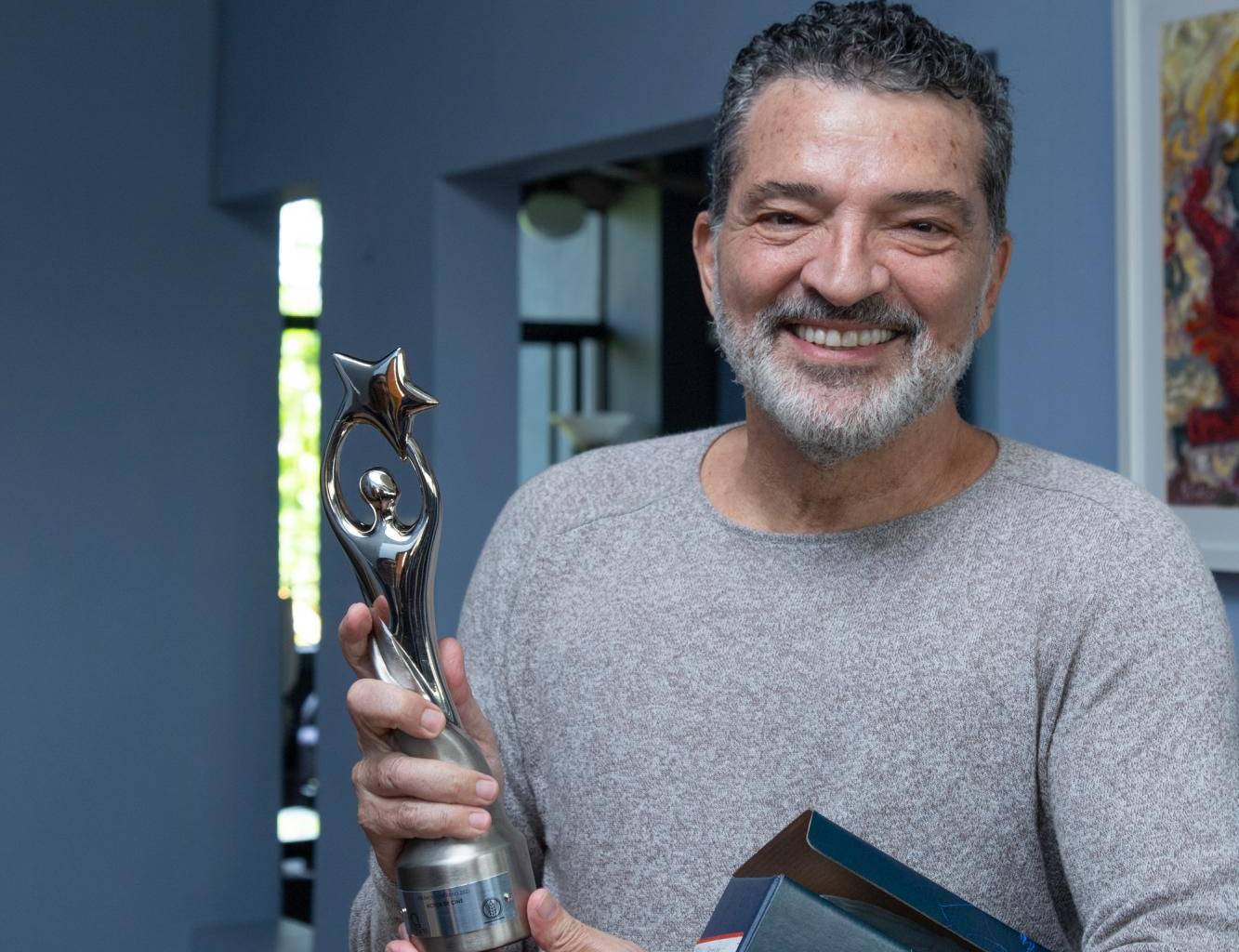 The filmmaker and actor Félix Germán won the statuette in the category of “Best Actor” for his performance in the film “El Proyeccionista” by José María Cabral at the last Sovereign Awards ceremony.

Germán was part of the group of artists to whom the organizers sent the trophy, because more than 35% of people could not be received in the room of the Teatro La Fiesta of the Hotel Jaragua, following the sanitary protocols imposed by the pandemic.

In addition to the nomination he won, he was in the category of “Best Director” for his film “La Isla” and “Best Drama.”

Referring to the award, Germán said that the way the awards were made was a great effort. “Making awards in the middle of a pandemic is a great challenge, but I think they could have been done a little later. I understand that both the Dominican National Brewery and Acroarte did their best. In any case, I appreciate the distinction that has been made to me ”, he commented.

Félix Germán has five scripts ready to make the same number of films, but he has not yet managed to negotiate a negotiation with any company. He has visited more than one, but when he goes, they tell him that they are already engaged to other producers or film directors.

The closure of the entertainment industry due to the pandemic has had a negative impact on its protagonists. When evaluating his sector, he considered that, thanks to the approval of the legislation to promote cinema, promulgated by then-President Leonel Fernández, it has produced very good results.

“The Film Law has two important sections: 34 and 39. One for local investment and the other for foreigners, which have worked well so far, having a positive impact on a technical level beyond the economic. But I must emphasize that if it is the State that finally invests in a film, although it is true that it is a company that advances the money it has to pay in taxes (25%), to the productions that reach its offices, Every creator who may have an idea must be given the opportunity to take it to the movies ”, he reflected.

For the actor and director, at present there are companies that are favoring a small group, thus closing the way not only to experienced people like him, but also to young people.

“Here now the one with the most saliva eats more puff pastry. There are companies that have pre-existing agreements with directors, producers. They only have commitments with those productions that take them to the year. For example, I have made my entire career in cinema, which began in the decade of the years, two films, one without the Film Law and another with it. I have more than five scripts, but when you arrive at a company, and that has happened to me lately, I did it late because they already have agreements ”, he denounced.

Felix understands perfectly that the situation has changed, as a result of the effects of COVID-19, however, things should not be handled that way.

Imagine, if that is me, a person with a certain background, what is going to happen to young creators, screenwriters, recent graduates from a film school who wish to present their project to a company to negotiate! It is difficult for me to have access to benefits that the State grants us through legislation, because companies are facilitators, but it is the State that is financing us. We must ensure that opportunities reach all Dominicans who within the law have the right to access these funds, “he recalled.

The approach that Félix Germán makes would have greater weight if he finds support in his union, the Dominican Association of Film Professionals, for which he made a call to unify criteria in the direction of what he has said.

“It should be a national proposal in which it is contemplated to introduce some modifications in Law 108-10 to promote the film industry, because everything in life can be improved. I think it is time to stop for a moment and see what can be done with the regulations or the essence of the law. We are going to agree, we are going to discuss this because if a modification has to be made through the National Congress, it must be done because it is necessary to protect young creators who do not have the chance that their projects reach the companies that allocate resources for the cinema, ”he said.

The General Directorate of Cinema

The General Directorate of Cinema (Dgcine) supports through the Cinematographic Promotion Fund (Fonprocine) and encourages, through a script contest, young people so that they can make short films, but Félix understands that this contest should be open to large national productions.

“As it is the Dominican State that sponsors local productions, it is necessary that there is a section for the evaluation of two or three scripts a year that have indisputable quality and are evaluated by a jury, so that the State guarantees through the investment that a quality movie is being produced. If the changes are not made, we are not going to leave a group that monopolizes all the funds destined for the production of films in the country, “he said.