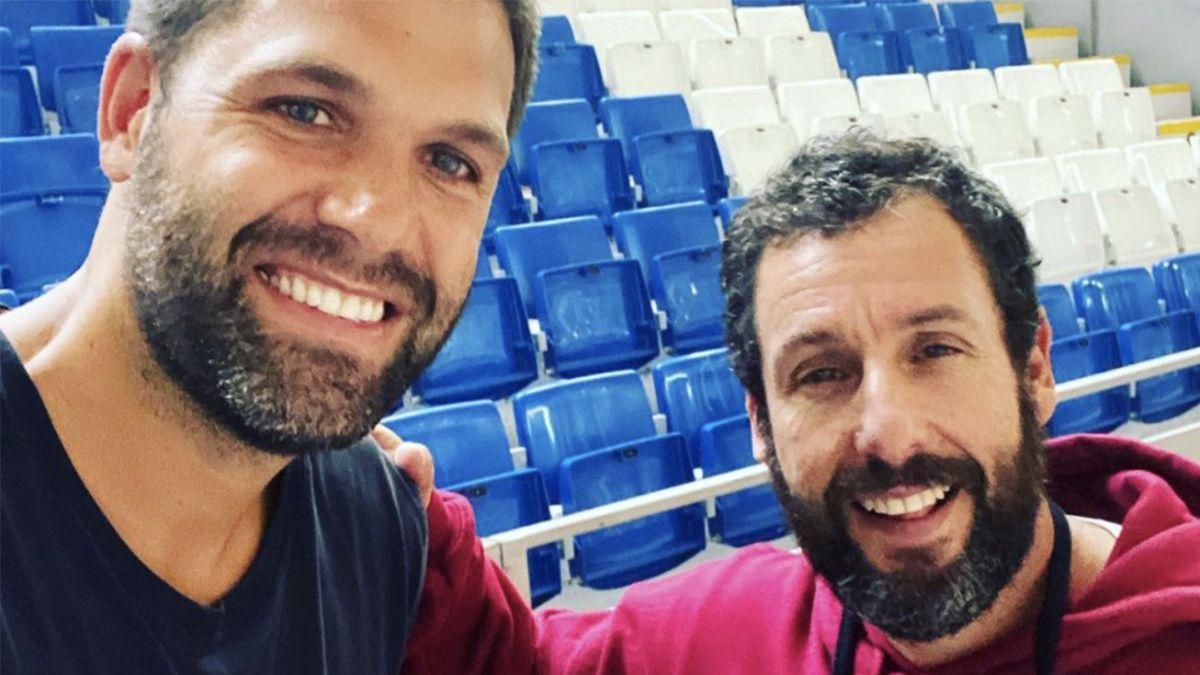 Adam Sandler is on the island of Mallorca where he is carrying out long days of filming what will be his next film: ‘Hustle’, a Netflix super production that promises to become a success on the popular streaming platform. The film is co-produced by the Hollywood actor himself in collaboration with Lebron James.

The filming is taking place between the Son Sant Joan airport, the center of Palma and the Palau Municipal d’Esports Son Moix, where countless onlookers and the occasional follower of the actor are approaching since they cannot believe that an artist of the stature of Adam Sandler is so close to them. Some of the players who are part of the Spanish team, practically newcomers from the Tokyo 2020 Olympic Games, also passed through the set of the film. The Hollywood superstar has shared pleasant talks with Álex Abrines, Juancho and Willy Hernangómez, José Manuel Calderón, Pierre Oriola, Sergio Scariolo and Felipe Reyes, among others.

And it was precisely Felipe Reyes the basketball player who wanted to share the great moment with Adam Sandler on social networks. “A pleasure to shoot with one of the greats of comedy. Thank you for your kindness ”, Espartaco of Spain writes along with a selfie with the charismatic actor inside the facilities of the Son Moix sports center. “What an act! And Adam also does it well… ”, jokes Alberto Abalde Díaz. “Did you go to the movies?”, Adds Dani Hernández. “Note that I see myself filming together one day”, launches the actor Julián López. Adam Sandler’s stay in our country will last until August 20, the date on which filming is scheduled to end in Mallorca.

The national coach has also had his ‘fan moment’ with the actor and producer, as he has published through his profile on Twitter. “I had a great time spending a day with Adam Sandler, an extremely kind person with a deep knowledge of basketball,” writes Scariolo. A few words that are accompanied by a photo with the American on the Son Moix field.