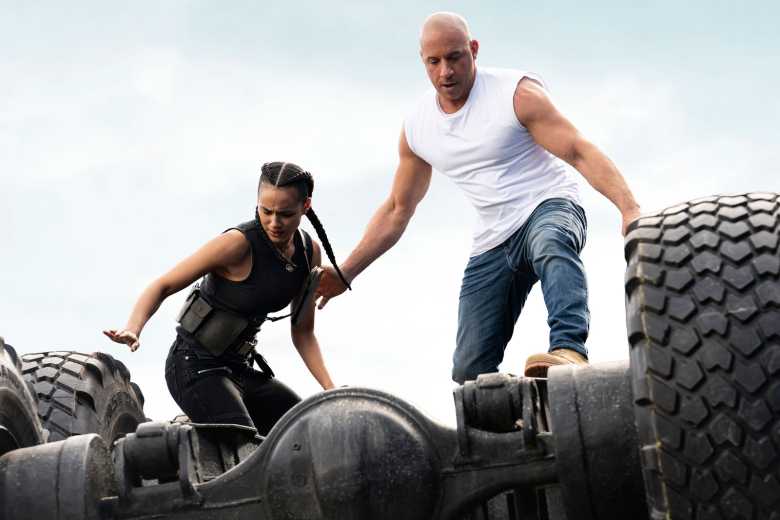 The production of Fast & Furious 10 (Fast X) started the previous week, as planned. However, just a few days after starting, an unexpected obstacle crossed his path. Justin Lin, director of the film, left his postalthough it will remain as a producer.

According to dead linethe most worrying thing is that Justin Lin left the address of Fast & Furious 10 by a series of creative differences. Although he is not the first filmmaker to walk out on a feature film, and he will certainly not be the last, it is not common for it to happen a few days after filming begins. This suggests that there was a serious disagreement with no possibility of finding a solution.

“With the support of Universal, I made the difficult decision to step down as director of Fast Xalthough I remain in the project as a producer. For 10 years and five movies, we’ve been able to shoot the best actors, the best stunts and the best car chases.” expressed Justin Linand I add:

“On a personal note, as the son of Asian immigrants, I am proud to help build the most diverse franchise in film history. I will forever be grateful to the incredible cast, crew and studio for their support and for welcoming me to the family Fast.”

According to the aforementioned medium, the filming of Fast & Furious 10 It’s still going, for now. A second work unit is in charge, but activities are expected to be suspended very soon while they look for another director. In fact, the production is already evaluating possible candidates. The problem, of course, is that finding a suitable replacement is not so easy in these circumstances.

According Boys Kitfrom The Hollywood Reporter, there are two names on the table who are in the lead. The first of David Leitchwho already has experience in the franchise after directing Fast & Furious Presents: Hobbs & Shaw. He is also recognized for being director of Dead Pool 2 and for being in charge of the second unit of the saga John Wick. The problem is that he has a few projects on his agenda, including the sequel to fallguy with Ryan Reynolds.

the other is F. Gary Graydirector of feature films such as Fast & Furious 8, Men in Black: International and * Straight Outta Compton *, among others. Apparently his schedule is more liberated compared to the previous filmmaker.

Undoubtedly, Universal will want to rush the signing of the director, since Fast & Furious 10 it is one of his most important films in the short term. In fact, it should have been released this year, but the pandemic caused multiple delays. Its latest release date remains the May 19, 2023but this may change if they don’t find director fast.

The distribution from Fast & Furious 10 It is made up of regulars Vin Diesel (Dominic Toretto), Tyrese Gibson (Roman), Michelle Rodriguez (Letty Ortiz), Nathalie Emmanuel (Ramsey), Sung Kang (Han), Ludacris (Tej), and Charlize Theron (Cipher). The new additions are Brie Larson and Jason Momoa, with the latter being the main villain.

‘Fast & Furious 10’: its director leaves the project in full production