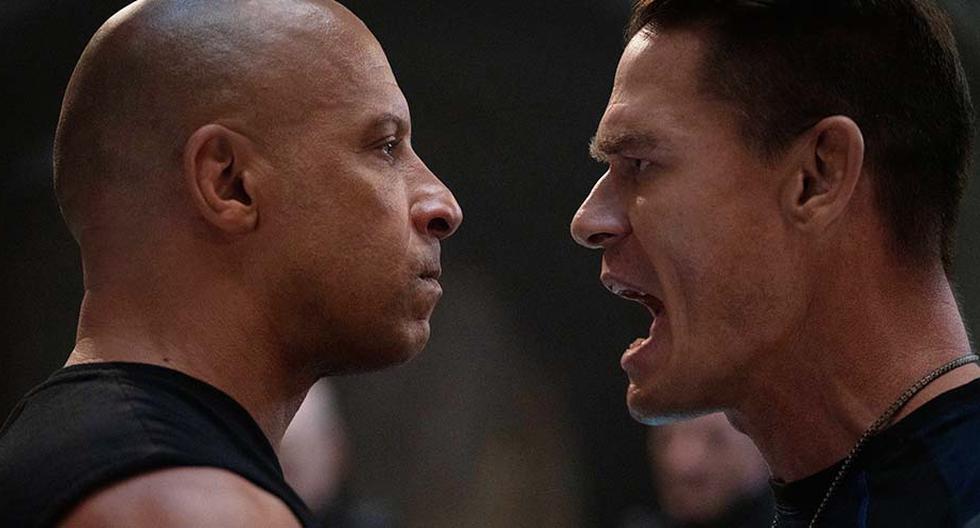 Before the announcement that some characters from the Fast and Furious franchise or also known as Fast and furious, they would have decided to move away for various reasons, there is a detail that the fans and followers of this film have highlighted and it has to do with the return of old actors. This is the case with Han Lue (Sung Kang) in Fast & Furious 9.

MORE INFORMATION: 10 Cars That Were Underrated For “Fast And Furious”

The franchise is probably interested in making characters that everyone believed would never be seen in the movies again be able to surprise, as in the case of They have who was left for dead.

It is necessary to specify that “Fast and furious 9″ (“F9”), has been considered one of the highest grossing films of 2021 and what caught the attention of fans is that it featured some flashbacks that connect the complicated family history of the brothers Toretto.

These scenes from the past are due to the entrance of Jakob (John Cena), Dominic’s brother (Vin Diesel) and the main antagonist of this latest installment of the saga. The filmmakers decided not to use the recourse to rejuvenate the actors and turned to other film talents to portray the young stage of these main characters.

QUESTIONS WITHOUT ANSWER THAT LEFT “FAST AND FURIOUS 9”

Mr. Nobody is dead?

The events of “F9” were started by Mr. Nobody’s call for help. As Dom’s team surveyed the plane crash site, there was no sign of him. Since his remains were not recovered, it is likely that he is still alive, only waiting to return when the time is right.

It was also revealed that the character not only helped Han prepare for Deckard’s assassination attempt in Tokyo, but also kept his survival a secret for years, including from Dom and his friends in Japan. This shows that Mr. Nobody is capable of faking deaths, even his own, if it is a question of safety.

Jakob established himself as the main villain of “F9,” with his complicated dynamic with Dom as the central conflict of the film; However, after Cipher successfully manipulated Otto into betraying him, the youngest of the Torettos found himself without an ally in the middle of a dangerous car chase.

Without even a proper conversation about his ugly past, Dom instinctively knew he needed to help him. Together, they were able to stop the plan to use Ares and in the end, the protagonist helps his brother escape. While the relationship is not yet fully healed, at least they no longer despise each other. This opens the possibility of seeing Jakob back and being part of the team.

How did Han survive?

Aside from Dom and Jakob’s fight, another big talking point on “F9” was the reveal that Han is still alive. The character is presumed dead for several years, after Deckard Shaw planned his fatal accident in Tokyo. Naturally, everyone was interested in how he survived; Han revealed that Mr. Nobody helped him fake his death and kept it hidden to keep him safe.

But, while the flashbacks showed him and Mr. Nobody watching the tragedy unfold, they did not show Han escaping the car seconds before the explosion. He also didn’t go into detail about how exactly they carried out the ruse, and still leaves that as a big question down the road.

THE TREND TO BRING OLD CHARACTERS

With Fast & Furious 9 o F9 started what appears to be a trend to bring back old characters and that this could continue in Fast & Furious 10 and 11. Film specialists have considered this after analyzing some scenes.

So we have, for example, his post-credits scene brought Deckard Shaw, a character who is played by actor Jason Statham, back to the main movies.

This could be the start to make way for the sequel Fast & Furious Presents: Hobbs & Shaw 2, regarding the confrontation he has had with Han and that could lead to the next main entrance. Thing is, involving Deckard also allows for the return of Luke Hobbs (Dwayne Johnson).

In this way, it can be seen that any opportunity is precise to make characters that everyone believed would no longer be seen can return to the franchise. One point that should be highlighted is that Deckard, Luke and Giselle they have been part of “the family” in some way.

The fans have also shown that the ancient characters are part of their history because they have earned the respect of the public.

Thus, if we focus on the anger of Cipher (Charlize Theron) for his defeat in F9, it is very likely that “the family” needs all the necessary support to prepare for his revenge.

Idris Elba was one of the most formidable villains in the “Fast and Furious” saga when he played Brixton on “Hobbs and Shaw”. The actor, in addition, in the MCU gave life to Himdall, the mighty guardian of Bifrost appearing in five films as “Thor” and “Avengers: Infinity War”.

While actor Kurt Russell was commissioned to play Mr. Nobody in the saga of action movies and cars, from the seventh installment. But in 2017 debuted in Marvel as Ego, the villain father of Peter Quill (Chris Patt), on “Guardians of the Galaxy Vol. 2”.

Djimon Hounsou, for his part, had his moment in “Fast and furious 7As the mercenary Mose Jakande, who had as a criminal partner Cipher, interpreted by Charlize Theron. Meanwhile, in the MCU it appeared as Korath, a cyborg of “Guardians of the Galaxy“Which was more relevant in”Captain Marvel”.

Finally, there is the master of “Fast and Furious”, the greatest protagonist of the saga: Vin Diesel. Your role as Dominic Toretto It is the most representative that it has had in its trajectory in Hollywood. But he also had his appearance in the MCU, although his foray into this universe was not very visible. Because Diesel was Big, the remembered character of “Guardians of the Galaxy”That only has one line that repeats in all the movies. “I am groot”.