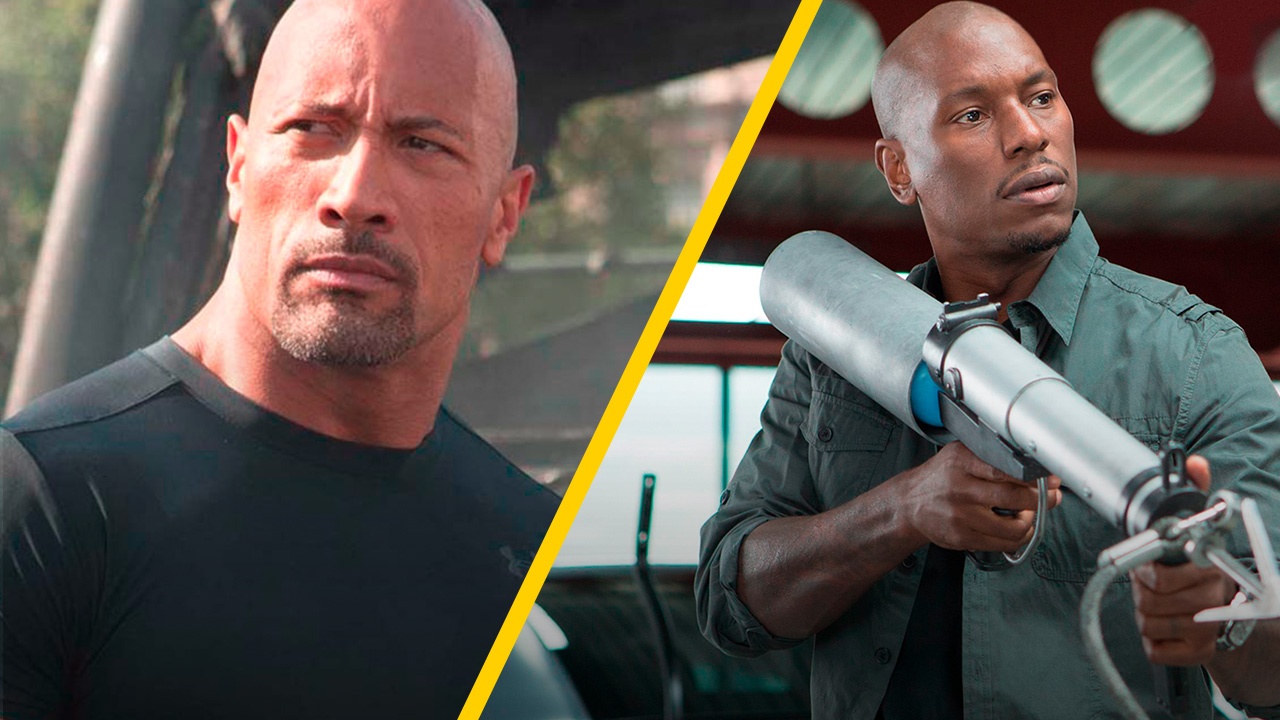 A few years ago Dwayne Johnson and Tyrese Gibson were the protagonists of a feud, something that led to various comments on social networks and that almost ended up eliminating Roman’s character from the saga from ‘Fast and Furious 9’

With 20 years and counting of creating films, it was logical that at some point the members of the saga that is about to release Fast and Furious 9 would have their internal conflicts. We recently shared that Michelle Rodríguez threatened to leave the franchise if the scripts were not modified, however, now is the turn to recall the feud between Dwayne Johnson and Tyrese Gibson that they maintained for some time, all derived because “The Rock” wanted to make his own spin-off, something that eventually happened.

Back in 2017, within the framework of the premiere of Fast and Furious 8, it began to be reported that “The Rock” and Gibson had had a discussion that even moved to social networks. The reason was that Johnson wanted to star in his own movie within this universe, something that upset Tyrese and he did not hesitate to publicly oppose the project, arguing that it was a kind of betrayal of the family he had formed in the film.

Tyrese Gibson’s anger became such that she threatened not to participate in Fast and furious 9 If “The Rock” was in it, he let it be known in an Instagram post: “Hello world, hello loyal fans and loved ones from OUR fast-paced universe. I’m sorry to announce that if Dwayne is in Fast and furious 9 there will be no more Roman. You mess with the family and the survival of my daughter I mess with yours ”. He even began to slightly insult the ex-wrestler: “Close your eyes, friend, you’re a ‘clown’. All my true … Men in integrity … My true ones here rise … People who go to the gym and grow naturally. Spin-off Hey? Spin these crazy selfish champ … Pause, see who’s got their arms around my shoulder and who’s standing alone.

Faced with Dwayne Johnson’s refusal to comment publicly or even reply to text messages (according to Tyrese), Gibson opted to comment on some “The Rock” posts on his Instagram account: “If you go ahead with that Hobbs movie, you will have ignored deliberately the heart-to-heart moment we had in me sprinter. I don’t want to hear from you until you remember what we talked about. I’m in your timeline because you don’t reply to my text messages. FastFamily it’s just a family … We don’t fly alone ”.

As we know, Dwayne’s plan went his way and Universal Pictures gave him his own spin-off: Hobbs and Shaw, which starred opposite Jason Statham, however, when the first weekend’s box office results came out and mentioned that it was one of the lowest openings for the entire franchise, Tyrese commented: “I have to show my respect for one thing … He tried … People called me hater... He attacked me for speaking … It is evident that breaking up the family does not have the value that one would suppose ”.

After all this fuss caused by Hobbs and Shaw, in December 2020 Tyrese Gibson mentioned in her appearance on Stir Crazy with Josh Horowitz that things had improved in his relationship with Dwayne Johnson and days before they had spoken and come to fruition: “By the way, ‘The Rock’ and I made the passes. We talked for about four hours about three weeks ago. It was great”.

Remember that Dwayne Johnson and Vin Diesel were also the protagonists of a feudHowever, his problems were also solved and “The Rock” has mentioned in a video posted on his Instagram that he will see Toretto in the future. Although we know that the actor does not appear in Fast and furious 9, director Justin Lin has mentioned that everyone is still part of the family, so we could see Johnson back in the original story for the closing of the saga.

Broad beans are cooked in all families and a clear example of this is all of the above. Remember that Fast and furious 9 It opens in theaters in Mexico on June 24, 2021.