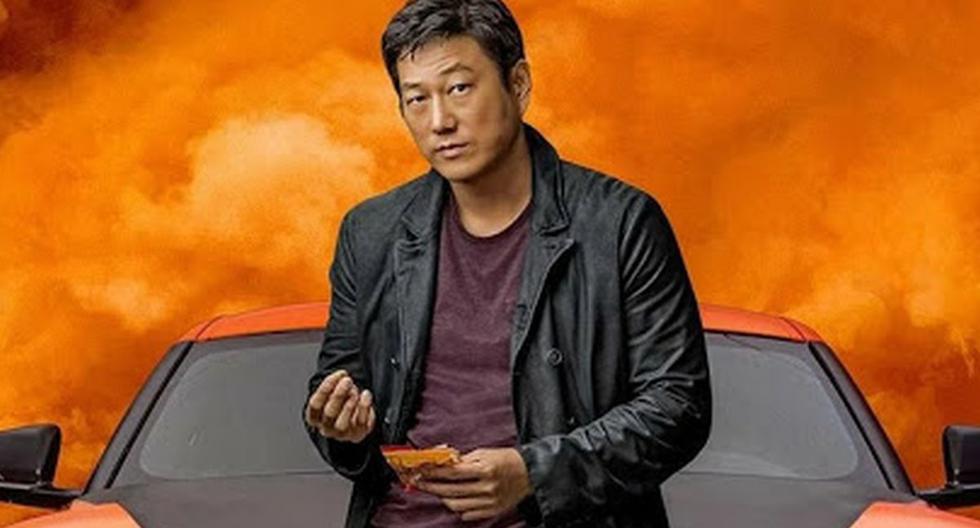 After some years away from the franchise (because it was believed that he was dead) Han Lue returned to “The Fast and the Furious” in “F9”, Leaving some possibilities open for the next installments, which will mark the final closure of this story that began in 2001. The fan-favorite character plays an important role in the last entry, but he still has some unfinished business, as evidenced by his confrontation with Deckard Shaw in the post-credits scene of the film.

MORE INFORMATION: Explanation of each easter egg and reference in “Fast and furious 9”

Since its debut in the franchise in “The Fast and the Furious: Tokyo Drift”, fans knew exactly when and where Han would meet his death. The next three films took place before the events of what happened in Tokyo, allowing Sung Kang’s character to continue starring in films from the franchise alongside Paul Walker, Vin Diesel, Michelle Rodríguez and the rest of the team.

Han’s bleak fate always loomed on the back burner in the films in the post “Tokyo Drift” franchise. That fate became even more complicated when “Furious 7” resumed his death, revealing that Shaw was actually responsible. Shaw’s subsequent admission into the ‘Fast’ family in “The Fate of the Furious” angered a large number of fans, leading to the movement #JusticeForHan online and the eventual resurgence of the character in “F9.” But what is your future in the franchise?

MORE INFORMATION: How Roman survives when a truck falls on him in “Fast & Furious 9”

WHAT WILL HAPPEN TO HAN IN “FAST AND FURIOUS 10”

There are a number of interesting options, and given the character’s immense popularity, they could all become a reality in the next few years. For starters, it seems like a given that Han will appear in “Fast and Furious 10” Y “Fast and Furious 11”. After the massive reaction to his temporary expulsion from history, it would be a big mistake not to include him in the grand finale of the saga.

Beyond the upcoming “Fast & Furious” main movies, there are two possible spin-offs that could feature Han in prominent roles. The first, which seems to be set up quite clearly at the end of “F9,” is a starring role in “Hobbs & Shaw 2”, the second part of the franchise spin-off starring Jason Statham and Dwayne Johnson.

Han would bring a fun new energy to a “Hobbs & Shaw” sequel, providing a new character dynamic and a strong emotional core to the story that the original spin-off lacked. Han and Shaw still have a pending account, after all, and it would be great if they had a full movie to do it.

The other potential derivative of Han is a direct successor of “Tokyo Drift”, which itself is more of a side story than a core part of ‘The Fast Saga’. The ninth film brings back the original characters from said installment, Sean, Twinkie, and Earl, while introducing Elle as Han Seoul-Oh’s adopted daughter. That’s a strong ensemble, and because “Tokyo Drift” has retained a dedicated fanbase of its own, it could be very beneficial for Universal to produce its sequel.

MORE INFORMATION: This was the real plan for Letty Ortiz’s death in “Fast and Furious”

WHAT DOES THE “F9” POST-CREDIT SCENE MEAN?

After that emotional moment, and before fans can even process it, the credits appear. In the middle of these, an extra scene begins to play.

Deckard Shaw is apparently training with a punching bag. Then, he opens it to reveal a man inside. The guy begs to change a record with plans for his freedom. But Deckard already has the drive, so he zips up the bag and starts pounding again.

He is interrupted by a knock on the door. When Deckard opens it, he sees Han, a man he supposedly killed years ago.… The screen goes black.

What does it mean? Well, by now it is known that Deckard and Han have a lot of history. Deckard killed Han in Tokyo Drift (or so he thought). But “F9” explains that Mr. Nobody actually faked his death, using Deckard.

Then, Does Han seek revenge for the death he did not actually suffer? Or is his appearance shaping up “Hobbs and Shaw 2”? This seems to make sense. Han may play a role in the spin-off sequel.

Although also the post-credits scene It could be setting up Shaw’s return to the main movies, as Han is confirmed to be returning for “Fast and Furious 10.”