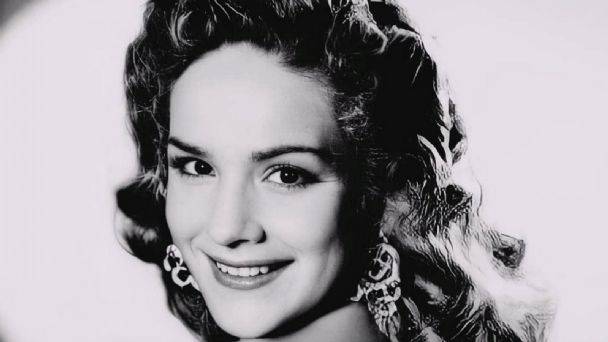 Quintana was one of the essential figures of the golden age of cinema in Mexico and worked with great personalities such as Pedro Infante.

In the early hours of Monday, August 23, the Argentine actress, nationalized Mexican, Rosita Quintana, died at the age of 96, reported the National Association of Actors (ANDA).

“ANDA deeply regrets the death of our colleague Rosita Quintana, a member of our union. Our condolences to her family and friends. Rest in peace,” the institution reported on social media.

Last July it was announced that the actress from The fallen angel (1949) had been admitted to the hospital in Mexico City due to a complication that she lived with a tumor that appeared in the thyroid.

Until now, the causes of the death of the iconic actress were not confirmed, but social networks were soon filled with messages of encouragement to the family and Quintana’s work was praised.

“The Mexican Film Academy mourns the death of the first actress Rosita Quintana. In 2016 she received the Ariel de Oro in recognition of her long career in Mexican cinema. She will live in our filmic memory,” wrote the AMACC on Twitter.

From Tin Tán to Buñuel

Born in Buenos Aires in 1925, Quintana began her career at age 15 as a vocalist in the Caro brothers’ orchestra.

Her work as a singer was on the rise when Mexican actor Jorge Negrete found her talent in Argentina and invited her to Mexico to be part of the The backyard. popular nightclub of the time in 1947.

His success was such that he decided to stay in the country and a year later he began his film career under the direction of Chano Urueta in The saint of the neighborhood.

Part of the most recognized works of the actress, were those that carried out with the actor Germán Valdés News, with his performance in films such as Tender zucchini, I am a charro from Levita and Do not defend me compadre all from 1949.

Another of his most emblematic works was the film he made with the Spanish director Luis Buñuel, Susana (meat and devil) from 1951, in which he played a woman who gets into trouble for her sensuality.

Quintana was one of the essential figures of the golden age of cinema in Mexico and worked with great personalities such as the stars Pedro Infante and Luis Aguilar, as well as actors such as Joaquín Pardavé and Fernando Soler, among others.

In addition to his work in the cinema, Quintana also forged a career in television with appearances in soap operas such as The intruder (1987) the The owner (1995), among many others.

Despite all the success she had on the big and small screen, Quintana never gave up her talent as a singer and songwriter and signed several contracts with various companies. (I)