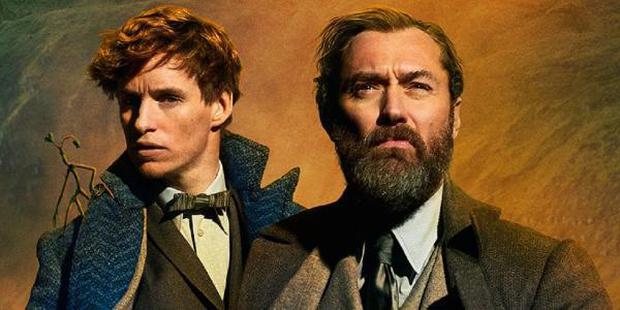 Will there be no more “Fantastic Beasts” movies? After the comments made by Warner Bros. Discovery, everything indicates that the franchise of the magical world will not continue and “Fantastic Beasts: Dumbledore’s Secrets” It will be the last installment of Newt Scamander as the protagonist.

On an earnings call for the company, David Zaslav, president of WBD, mentioned that “They haven’t made a Harry Potter movie in 15 years.” Although it seems ambiguous, this could indicate that they haven’t seen the new trilogy have the same effect as the original films.

Additionally, he did not use the “Wizarding World” branding in his commentary on the future of the franchise, which could indicate that he will not be a part of it.

WHAT HAVE BEEN THE PROBLEMS OF THE “FANTASTIC ANIMALS” MOVIES?

Although the first “Fantastic Beasts” movie was a box office success, subsequent installments did not have the same reception. This could be because it didn’t create enough exciting story threads to keep viewers intrigued.

The story did not connect with the public

It should be remembered that, unlike the Harry Potter tapes, the Wizarding World franchise did not have a literary basis to be adapted into a feature film. JK Rowling was the screenwriter for these films, but her performance did not have the same result as her books.

Perhaps the producers thought that the trilogy would receive the unconditional support of its fans, as it happens with the Disney Plus series. However, the decision to make a completely original story runs counter to the support of its readers.

They took a long time to release “Fantastic Beasts”

Another factor may be that they took too long to re-produce something related to the Wizarding World, as the last Harry Potter movie was released in 2011. Meanwhile, “Fantastic Beasts and Where to Find Them” was released in 2016.

While many fans were excited to see what this universe was like in other locations like New York, others may have become disenchanted with what the Wizarding World had to offer after five years without any production.

They did not get the expected profits

“Fantastic Beasts and Where to Find Them” did well at the box office. While the budget was approximately $200 million, managed to raise 814. That is, they recovered their investment in almost four times.

That was not the case for the following installments. Although they did not get negative numbers, the profits were decreasing little by little. In 2018, they released “Fantastic Animals: The Crimes of Grindelwald” with the same production budget, but this time raised $654.9 million.

Successively, they produced “Fantastic Beasts: Dumbledore’s Secrets” with the same amount (200 million dollars). In April 2022, when the film was released, only raised 405.2 million dollars.

The changes of actors and the controversies

Another difficulty that the trilogy presented were the changes of actors that they had to make. At the end of the first film, it was revealed that Gellert Grindelwald had taken on the identity of Percival Graves, in order to wreak havoc in the Department of Magic. The actor playing the infamous sorcerer was Johnny Depp, but after accusations from his ex-wife, Amber Heard, he was forced to step aside.

Let’s not forget that Ezra Miller, who gave life to Credence Barebone, was involved in several controversies and legal problems.

On the other hand, transphobic comments from “Fantastic Beasts” screenwriter and author of the Harry Potter books, JK Rowling, also made matters worse.

“Fantastic Beasts”, have the “Wizarding World” movies really been cancelled?

The new Spanish thriller that has thousands of viewers connected to the Netflix screen
Netflix: The BEST Ryan Gosling movie, that you did not know, and it is not "Diary of a passion"
The Batman: the deleted scene that shows that the Riddler and Joker will not join forces | DC Movie...