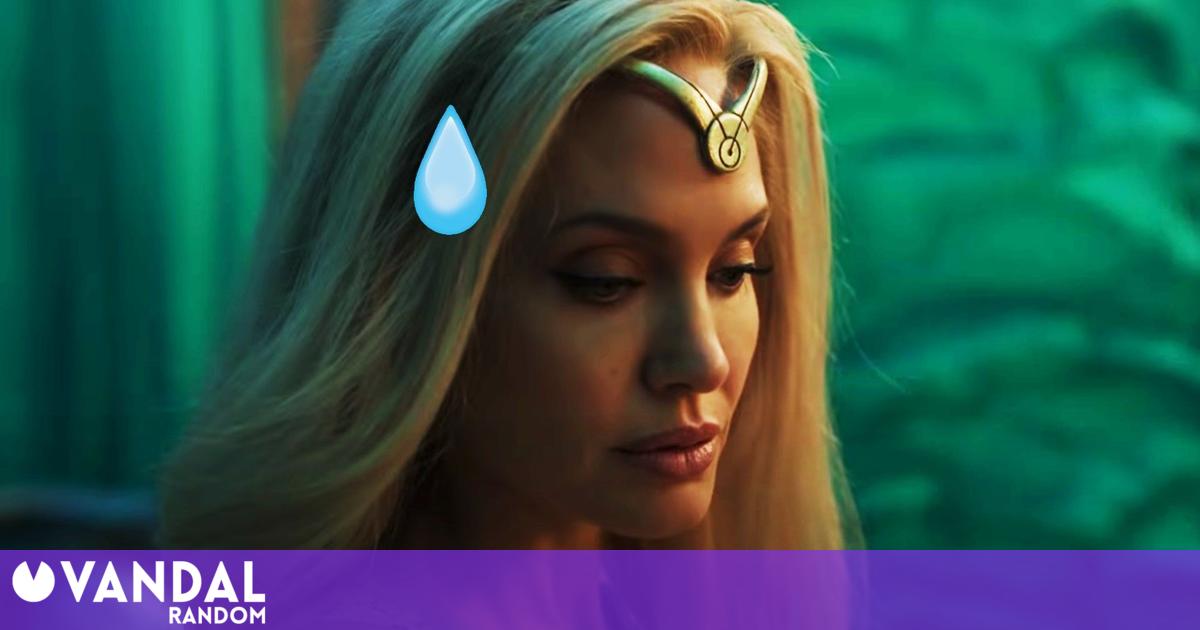 The Eternals is the new epic that presents us Marvel studios in Phase 4 of the UCM. After we have known your first trailer This week, fans have started to look closely at the new superhero team that have just arrived in this universe. Well. Actually, the problem is rather that this characters they have always been there, but until now they had decided “do not interfere” in the affairs of humans and Earth. That has made some fans raise their eyebrows skeptically, and Charge the Eternals for not helping the Avengers in the fight against Thanos, without going any further.

The Eternals they have not wanted to interfere … until now

Be supposed to the Eternals They are a race that has lived for thousands of years among humans, in order to protect humanity and ensure its safety. Considering the wars, famines and alien invasions that have plagued Earth both in history and in Marvel’s own narrative … anyone would think that they have not done their job excessively well. Remembering the meme of The Lord of the Rings from “Where was Gondor when the Westfold fell?”… more or less that’s what fans are wondering: “Where were the Eternals when … everything happened?”

In the trailer, we can clearly hear the following phrase: “Over the years we have never interfered … until now”. Fans wonder what has prevented the Eternals from interfering in the many catastrophes that have occurred over the years … when, in some cases, your help was clearly needed. We return to the example of Thanos and the Infinity War: Why weren’t the Eternals there to help the Avengers? It seems that this group of superheroes, at the moment, has not gotten off to a very good foot … but, with a bit of luck, this issue is resolved in the film directed by Chlo Zhao (Nomadland).

me: so when half of the galaxy turn to space dust by a snap of a finger you guys were just like “this is fine” ???

“One thing that bothers me about Eternals is that ‘over the years we’ve never interfered until now.’ Me: so, When half the galaxy turns to space dust with the snap of a finger, you were like: ‘Everything is fine’?? “, questions the Twitter account @ Haru3139. “This is just proof that the MCU has no idea what to do now that Steve Rogers and Iron Man are gone. This looks horrible,” I wrote. @WeaponizedRage echoing the trailer. To what the account @belet_seri aada: “Eternals: ‘We guide humanity and do not interfere.’ Humanity suffers from slavery, genocide, famine, and wars along with various alien invasions. Eternals: ‘This is fine’“.

Humanity has slavery, genocide, famine, and war along with several alien invasions.

Eternals: “This is fine.”

The Eternals trailer looks cool I guess (I don’t know anything about them), but mostly I’m dying to know what makes them “interfere” if they just hung back and observed while half of sentient life in the universe was wiped out

They dragging them because The Eternals said “we don’t interfere until now” and everybody wanna know where they were during Thanos. This is so funny lol

“Marvel fans are mad at the Eternals because they say they ‘did not interfere until now’, and everyone wants to know where they were during the battle against Thanos. This is so much fun hahaha “I wrote @IzmsHasRisen. “The trailer of Eternals It looks cool I guess (I don’t know anything about them), but mostly I’m dying to know what makes them ‘interfere’ if they just got comfortable and watched as half of the sentient life in the universe disappears, “he writes. @ohDaveio.

The question posed by this user is interesting: if with everything that has happened throughout the history of Marvel the Eternals have not interfered so far … something really serious has to be about to happen for you to decide to take the step, doesn’t it? We assume that there is a compelling reason these beings loved, and we may know something about it: it may have to do with the massacre of the Celestials at the hands of Knull, a powerful evil god who killed these super powerful creatures, as narrated in the comics.

The Eternals said Yall got this pic.twitter.com/BtB1ydVys1

The Eternals debut in theaters next November 5, 2021. We will have to wait until the film is released to know a little more about its history and what is cooking in the MCU. It has a cast starring Angelina Jolie, Richard Madden, Gemma Chan, Kit Harington, Kumail Nanjiani and Salma Hayek, among others.