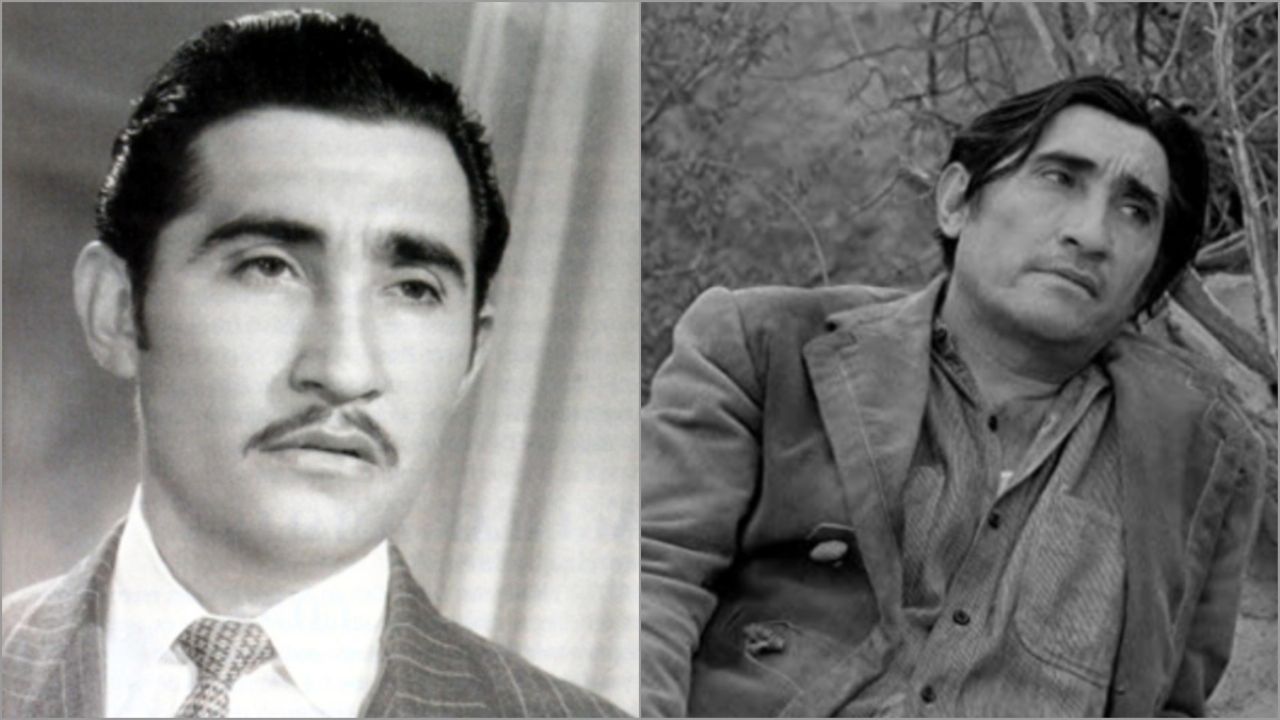 The Golden Cinema on Mexico It accommodated great actors, but not all of them stood out for their leading roles, as some were excellent villains that are remembered to this day, like this famous actor, who changed success in our country for Hollywood.

Rodolfo Acosta Born in El Chamizal, Chihuahua, on July 29, 1920, who gained fame for his successful villain characterizations.As a child, his family moved to California, where he attended his early school years, until he was 19 years old, when he accepted a scholarship for study in fine arts, where he stayed for three years.

Because of his relationship with the United States, he decided to join the US Navy when World War II broke out, where he was assigned to naval intelligence.

After the war, Acosta He returned to Mexico and performed small roles. It was in 1948 when the director of western genre films, John Ford, filmed “El fugitivo” in Mexico, and gave the actor an opportunity to give his first steps in Hollywood. Thanks to that film, he began a great friendship with Ford, with whom he would work again later.

It was with his role in the film “Rosenda”, starring Fernando Soler and Rita Macedo, that he began to specialize in characters from villains. In 1949, Emilio “El Indio” Fernández offered him the role that consecrated him as an actor, when interpreting Paco, known as “The belt” in the film “Salon México”.

His famous role as villain It earned him an Ariel Award nomination and a deal to co-star with James Mason in the 1950 production “One Way Street,” which led to his signing with Universal Pictures.

He changed Mexico to succeed in Hollywood

The actor decided definitively for the cinema of Hollywood, but before that he worked in Mexico on films with which he left his mark such as “The port of the seven vices”, “Return to the fifth patio”, and “Islas Marías”, where he works for the only time with the idol of Mexico Pedro Infante.

He also recorded with other important artists from the Cine de Oro, such as Miroslava, Emilio Tuero, Ninón Sevilla, Emilia Guiu, David Silva, Columba Domínguez, Jorge Mistral and Martha Roth. In 1954 he emigrated to the United States and only returned to his native country to work on the film “Río Hondo”, in 1965.

On Hollywood He managed to solidify his career and worked with a gallery of major stars, which included John Wayne, Elvis Presley, Robert Mitchum, Marlon Brando, Rock Hudson, Glenn Ford, and Gregory Peck. He recorded dozens of films in the mecca of who, but in 1973 he began to face health problems.

Rodolfo Acosta He was diagnosed with cancer, a problem that was deteriorating him. In 1974 he spent a few months in Mexico and together with his wife Jeanine Cohen and his daughters Jeanine and Miriam, but his illness worsened and he decided to be hospitalized at Motion Pictures Hospital in San Fernando, California.

The last days of his life, it is said that only his brother Humberto was by his side, until November 7, 1974, when he died. He was buried in Forest Lawn Memorial Park, after a tribute of the present body paid by the Latino Artists Foundation.