A Chinese immigrant, in the middle of an IRS investigation, finds herself involved in a wild adventure in which only she can save the world by exploring other universes. (A24)

The new movie of the self-proclaimed as the daniels, Everything everywhere at the same time (Everything Everywhere All at Once), is causing a giant furor right now with his crazy story. This film follows an exhausted and at the same time stressed mother who lives an almost nightmarish life, due to the worst husband, a spoiled daughter and a very old-fashioned dad who keeps trying to impress with his exploits. However, everything will become even worse when she realizes that she is involved in a multiverse that is being threatened, and it will only be her who can save it; as every failure and disappointment she has suffered throughout her life has led to this moment.

This feature film has given much to talk about since it was released for the first time and since then, little by little it has been distributed throughout Latin America. Something that in another universe with this type of independent productions would be quite difficult, if not impossible.

“Everything Everywhere at the Same Time” is a film directed by Dan Kwan and Daniel Scheinert. (A24)

The same Jamie Lee Curtis He anticipated the following from this film: “Everything everywhere at the same time it’s so much better than anything Marvel has ever done”; he asserted she. So, this Daniels movie is one of the most different, chaotic, original, creative stories; and at the same time deep, exciting, funny and brutally entertaining. Even the most obvious points like writing, photography, cast are too good. 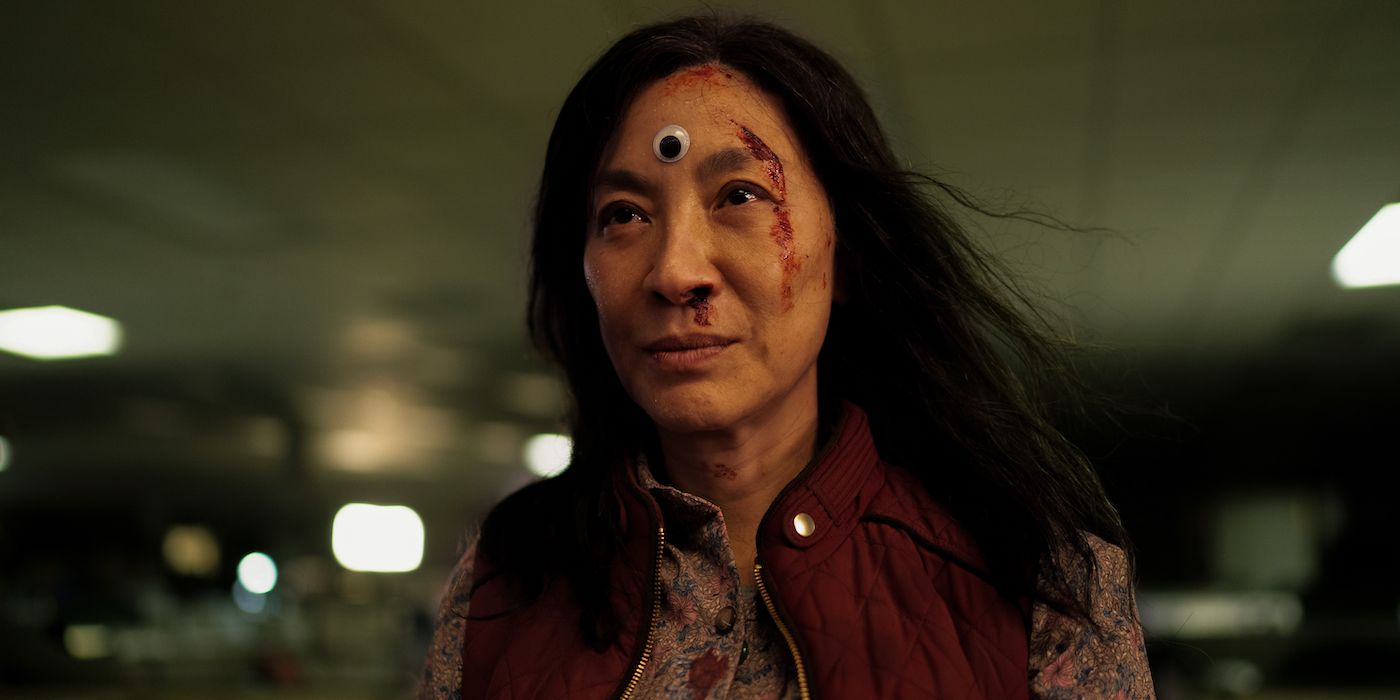 Michelle Yeoh is the leading lady of “Everything Everywhere at the Same Time”. (A24)

The film brings up almost the same multiverse as Dr Strange. But, it should not even be imagined as a copy. For example, the movie Marvel it is a superhero with action and comedy; while this includes many more features. So many things happen that, as its title says, it is everything at the same time, which would be a sin to say that it is the same as another production previously made. Although, I could assure you that this same point would be a problem that sooner or later this feature film would come to face. However, I defend it by stating that this film does not use the concept of multiverse as its only resource. He uses it with too much creativity, he doesn’t hold anything back with the possibilities and he lends himself to talking about many things that happen to all of us.

Jamie Lee Curtis, another of the recognized jewels of “Everything everywhere at the same time”. (A24)

Did you know that this movie success only cost 25 million dollars? It doesn’t seem like it, since everything is so strange, sometimes unpleasant but phenomenal, that it contains many scenes where different possibilities of each universe flash by, in less than two minutes. And not to mention the wild and creative action scenes which could be compared to those of Matrixbut Everything everywhere at the same time it is more crazy, inventive, fast and comical.

The amazing cast of Everything everywhere at the same time: a celebration of genre cinema
The new version of The Money Heist and more Korean series arriving this year on Netflix
HBO confirms the protagonists of True Detective season 4

“Everything everywhere at the same time”: a wild movie that promises to blow your mind

Mauricio Ochmann: the actor's sudden trip to Spain
Netflix: the movie releases in November 2022
This is what Kevin James and Thomasin McKenzie would look like in the live-action of 'The Incredible...