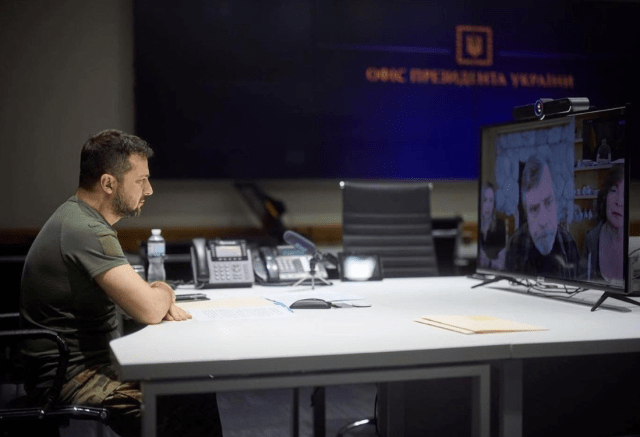 Mark Hamill, who rose to fame as Luke Skywalker in “Star Wars,” announced that he will support fundraising to provide drones to Ukraine while fighting “the evil empire.”

Hamill is the latest celebrity to endorse the UNITED24 platform launched by Ukrainian President Volodymyr Zelensky after the Russian invasion.

The actor, who battled stormtroopers and other villains from beloved sci-fi movies with his starfighter, will be the show’s ambassador, specifically embracing a project that seeks to deliver drones to the Ukrainian military.

“I know that Ukrainians need drones to protect their land, their freedom and the values ​​of the democratic world,” Hamill said in a statement.

“This is the best time for us to come together and help Ukraine stand up in this war against the evil empire.” 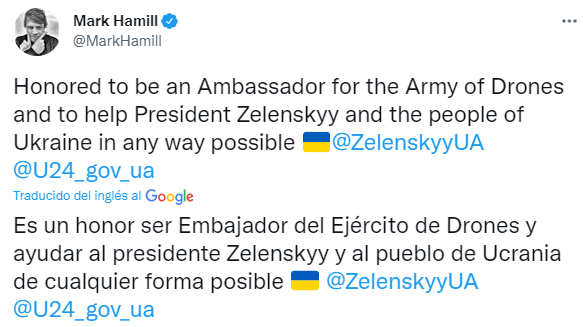 The project “Army of Drones” buys these remotely controlled equipment and finances its maintenance as well as the training of pilots, so that the Ukrainian military can “constantly monitor the 2,470 km of border and respond effectively to enemy attacks” , according to the description on their website.

The Ukrainian military has received almost 1,000 drones through this program, which allows people to donate their drones or cash.

UNITED24 has been endorsed by other celebrities such as actress and singer Barbra Streisand and Ukrainian soccer player Andriy Shevchenko.

Zelensky posted photos on his Telegram account of himself on a video call with Hamill, with a caption describing the actor’s “difficult, but very important” mission.