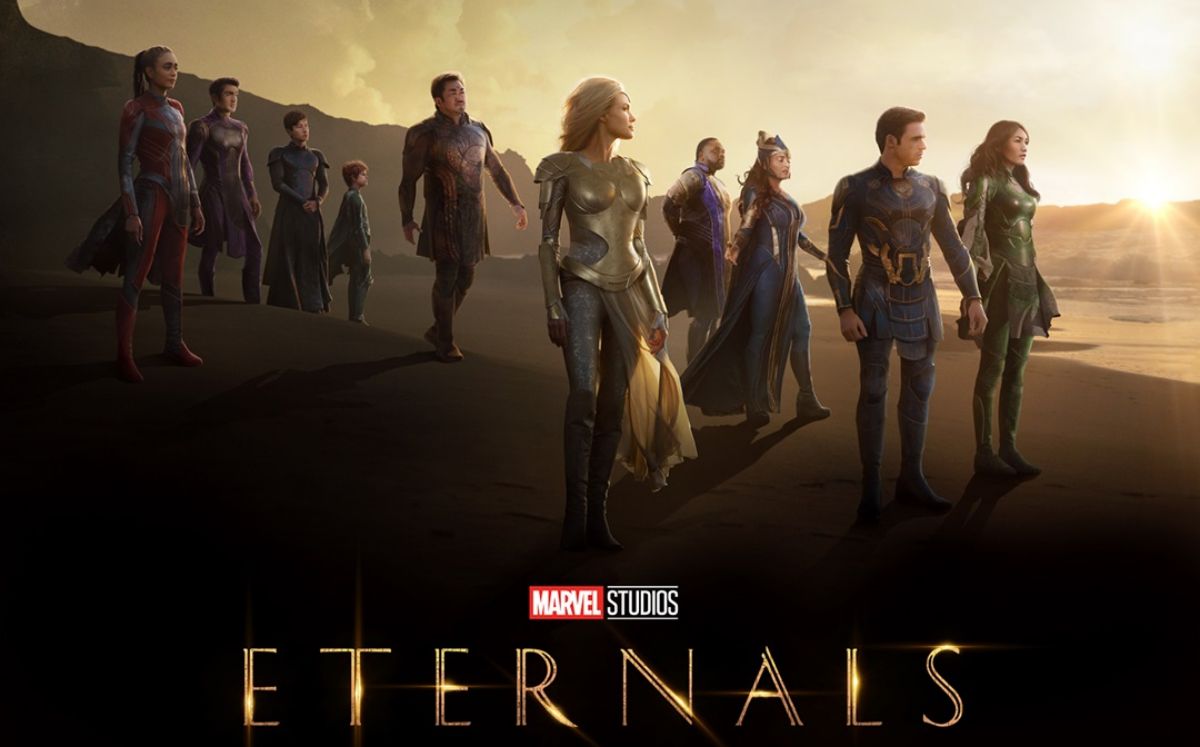 We are already fully in Phase 4 of the Marvel Cinematic Universe (MCU), and it is not uncommon to see more than one excited. Now, it is not only expected the next premiere of ‘Shang-Chi and the Legend of the Ten Rings’, but also that of ‘Eternals’, which is about a group of eternal heroes and immortals with amazing powers.

Through social networks and digital platforms, Marvel showed off the exciting new trailer that gives us some explanations, such as why they did not intervene in the fight against Thanos to help save the Earth.

“‘When you love something, you protect it. ‘ Here’s the new #Eternals trailer from Marvel Studios“, Marvel Latin America boasted on its social networks. We leave you with the trailer.

Likewise, Marvel unveiled the official poster of the film, in which we can see all the ‘Eternals’, including the roles of Salma Hayek and Angelina Jolie, posing in the desert.

““If this is what the end of the world looks like, at least we’re in the front row.” Here’s the new #Eternals poster from Marvel Studios“They announced on Twitter.

As for the explanation provided by the trailer about why the powerful ‘Eternals’ did not intervene in the fight against Thanos to save Earth. We hear the main reason, and that is that he‘Eternals’ cannot intervene in matters that are not related to the Deviants, a humanoid race from which they must protect the inhabitants.

Who are the ‘Eternals’?

As Marvel explains, the ‘Eternals’ in the comics “They are a race of divine beings caught in a millennial conflict with the less evolved Deviants and their creators, the Celestials.“.

“The body cells of the Esuits contain cosmic energy and maintain constant mental control over every molecule in their bodies. Eternals are virtually immortal and can come back to life even if the molecules in their bodies are scattered. All Eternals possess the ability for superhuman strength, telepathy, flight, teleportation, casting illusions, transmutation of organic and inorganic matter, and the generation of various forms of energy from their bodies, including force, heat, light, and other electromagnetic radiation.“, they detail.

When is ‘Eternals’ released and where can the film be seen?

It is expected that the film opens on November 5. And as is the new trend at Disney, after the problem they had with Scarlett Johansson after Black Widow, will be released exclusively in theaters, and you will have to wait more than a month to see it through Disney Plus.

This situation will become a constant, because Debut movies like ‘Free Guy’ with Ryan Reynolds and coming soon ‘Shang-Chi and The Legend of the Ten Rings’, a film whose premiere is scheduled for September 3, could not be seen through Premier Access.