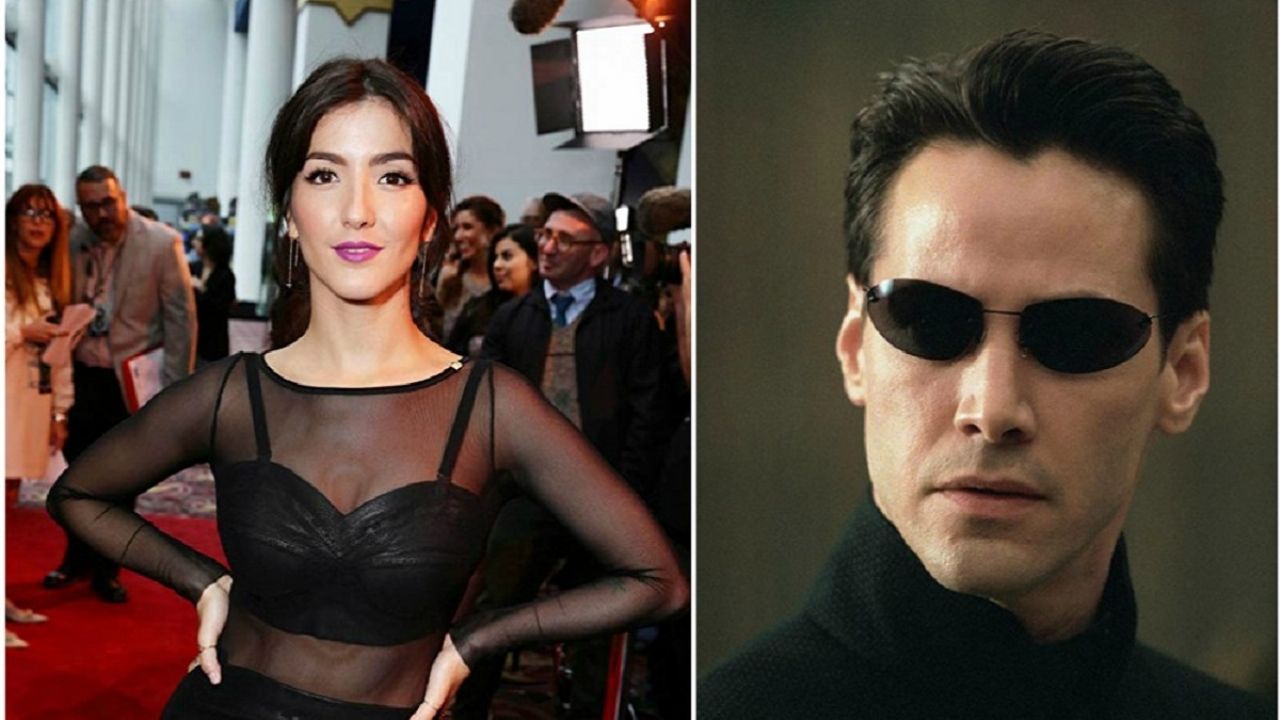 Eréndira Ibarra was 13 years old when The Matrix premiered in March 1999. The world knew at that time a new way of filming, of telling science fiction stories and, therefore, thus began the legacy of one of the most successful sagas in cinema, the one that marked a generation and is now about to return to mark another one.

While all this has happened over 22 years, Eréndira Ibarra is currently, at 35 years old, a film and TV series actress who found what may be the role of his life so far, participating in The Matrix Resurrections, Hollywood film that will be released on December 22, 2021 and in which will act alongside Keanu Reeves.

YOU MAY BE INTERESTED: Keanu Reeves gave this EXPENSIVE GIFT to his stuntmen.He spent a fortune !: PHOTOS

Eréndira Ibarra celebrates the poster of The Matrix

Remarkably happy and confirming the information that had been aired months ago, Eréndira Ibarra will be part of The Matrix Resurrections, a science fiction film in which the Mexican actress has been pleased for part, a situation that has also been officially noted in the IMDB movie site.

In this way, this day Eréndira shared in her instagram account @erendiritas the poster of the film that will be released in 5 weeks.

And, how could it be otherwise, the universe created by the Wachowski sisters found in the Eréndira’s presence Ibarra is an ideal piece to show the aesthetics of characters to which we were accustomed in the three previous films. With this as a premise, Eréndira has also shown how she will look on the screen, something that before describing it is better that you look at it with your own eyes.

And here in another of the action sequences where she will carry the weapons.

Grateful for this moment of life

This is how Ibarra showed himself recently when he shared part of the official trailer of the film, where he described the emotion he felt for having participated in this project that changed his life.

“An experience, unique, extraordinary and that will change me forever. Infinite gratitude and respect fall short of everything I feel at this moment. Enjoy the beautiful band trailer very much, the movie will be extraordinary!”, He said.

To top it off, in the trailer for The Matrix Resurrections appears Eréndira Ibarra in minute 1 with 22 seconds, just when Neo enters the portal and there is Eréndira waiting for him.

The Matrix Resurrections: Everything You Need To Know About The Wachowski Sisters Saga

The secrets of Keanu Reeves: a life marked by tragedy and the unrequited love of Sandra Bullock

Eréndira Ibarra will perform in THE MATRIX Resurrections and SO IT LOOKS next to Keanu Reeves: VIDEO