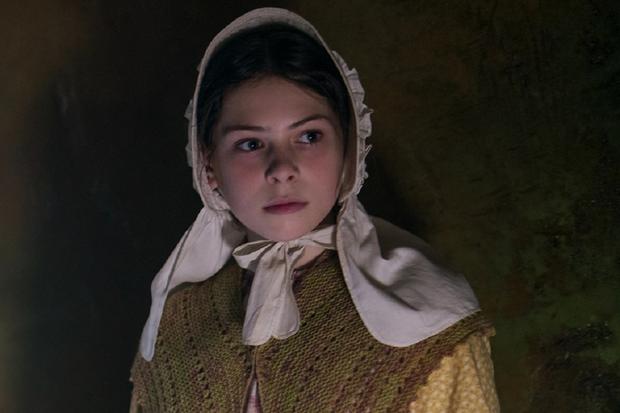 BEWARE, SPOILER ALERT. Based on the 2016 novel of the same name by Emma Donoghue, “The Prodigy” (“The Wonder” in its original language) is a netflix movie directed by Sebastián Lelio and starring Florence Pugh. Set in the 1862s, thirteen years after the Great Famine, the film follows Lib Wright, an English nurse who must travel to a remote village in Ireland to investigate a young girl’s alleged miraculous fasting.

For 15 days, Mrs. Wright, together with a nun, must observe and care for Anna O’Donnell (Kíla Lord Cassidy), an 11-year-old girl who has supposedly survived four months without eating food and only with “manna from heaven”. .

After checking the little girl, Lib is sure she’s being fed somehow, so her job is to find the truth. and report everything to the town council which is divided between those who believe it is a miracle and what they think is a hoax by the O’Donnell family and other interested parties.

WHAT HAPPENED AT THE END OF “THE PRODIGY”?

In the first days of observation, the nurse does not observe many changes in the state of health of the girl whom the people call “The Prodigy”, but dismisses the local doctor’s theory, which suggests that Anna survives with light, that is, a kind of human photosynthesis.

He also discovers that the last thing Anna ingested was a consecrated host, which encouraged the idea of ​​a miracle. Despite the O’Donnell family’s prayers and devotion, Lib is sure they’re hiding something, so forbids them to approach the little girl in the hope of finding the truth.

Since then, Anna’s health has deteriorated rapidly.. The nurse tries to reason with the council that she hired and the O’Donnell family, but the community’s faith is stronger and she has no choice but to keep watching. She even tries to force-feed the girl.

Every time Wright returns to her lodgings, William (Tom Burke), an Irish journalist tries to get an interview, but she refuses. However, after several conservations, he agrees to introduce Anna to him. Later, the reporter publishes a story about the little girl in the Telegraph and develops a more intimate relationship with the nurse, who confesses that she is not a widow and that her husband has her. abandoned after the death of her baby.

How did Anna really survive?

As she deals with her tragic past, Lib thinks of ways Anna was able to survive four months without eating. Finally, during lunch he finds the answer: the girl’s mother gave her chewed food every time she kissed her good night and good morning. Therefore, her health worsened since Wright forbade approaching the little girl.

When confronted, Anna reveals that her fasting and prayers are to save her brother’s soul. In addition, she tells that her brother abused her since she was 9 years old and that her illness and her subsequent death were her punishment. Due to her mother’s words, the girl feels guilty.

Immediately, the protagonist of “The Prodigy” summons the council, exposes her discovery and requests to stop the experiment, but the clerics refuse to listen to her and insist on continuing with the observation. Anna denies eating anything, so the nurse has no choice but to watch the girl until her death.

WHAT DOES THE END OF “EL PRODIGIO” MEAN?

What happened to Anna?

Determined to save Anna, Lib enlists William’s help and comes up with a plan to take the girl away. While the O’Donnell family attends a special religious service, Wright takes the little girl out of the house, leaves her in a nearby lake in the care of the journalist and burns down the house.. In order not to arouse suspicion, he inflicts some injuries.

After convincing Anna that she will die, but be reborn as Nan, a nine-year-old girl to whom nothing bad happened, the nurse appears before the council and delivers her report. Likewise, she explains that after the death of the girl she lost control and dropped a lamp.

Although they do not file charges against him, they do not pay him for his work either. Finally, Lib, William and Nan escape on a ship to Australia, where they plan to start a new life as a family.

“El prodigio” ends the same way it began: showing the recording set and remembering that the charactersbelieve in their stories with total devotion”. In addition, he uses the figure of the bird and the cage to show that he is outside or inside the story.

HOW TO SEE “THE PRODIGY”?

“The Prodigy” is available on Netflix from November 16, 2022therefore, to see the film starring Florence Pugh all you need is a subscription to the popular streaming platform.

End of “The Miracle” explained: how Anna really survived her fast and what happened to Lib

Hail, the film that chose to be everything at once and missed its chance
VIDEO | Andrés Gutiérrez, the Latin dubbing actor of the voice of Thor visited El Salvador
Millie Bobby Brown is ready to fight dragons in Damsel, the new Netflix