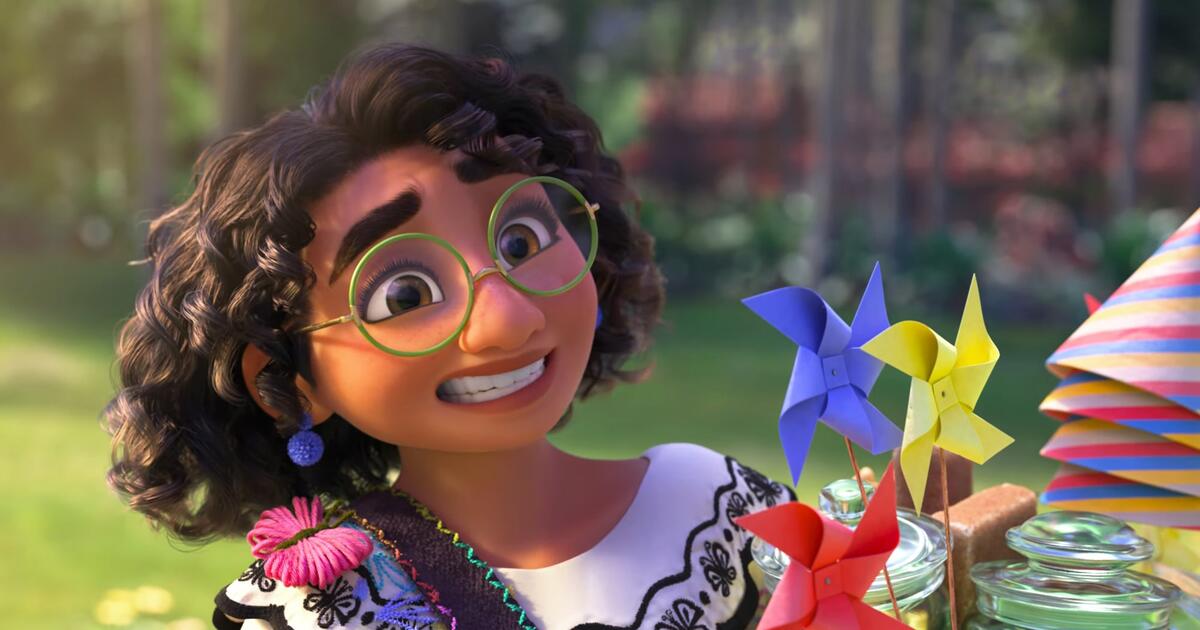 Walt Disney Studios launched this Thursday the trailer for his new animated movie, Charm, set in Colombia. The story follows the Madrigal family, who live in a place where everyone has superpowers except 15-year-old Mirabel, who struggles to find her role there.

According to the synopsis, when her family’s magic is put in jeopardy, she must use their ordinary gifts to save Encanto, the town where they live.

Colombians in networks received this trailer with mixed feelings. Some were excited, such as user Karol Delgado who commented in the YouTube video that “I am proud to be Colombian and I am glad that Disney is making a film about our country”, or Alicia CM who commented that “I liked the little details and winks to our culture ”.

Others viewed it with more skepticism.

The memes, criticism and ridicule

To contain all the complexity of an entire country in two minutes or two hours of an animated film, it was necessary to condense and mix regionalisms, biomes and thermal floors, which some have found amusing.

For others, the ‘disneyification’ of Colombia, this adulterated and sanitized version of the country, hides a far from magical reality, and with memes and montages they accommodated some of the scenes.

Others pointed out with humor that in fact Charm yes it was realistic, and it showed, ‘inadvertently wanting’, the permanent deterioration of the infrastructure, for example, or the apathy of an anesthetized citizenry in the face of misery and violence that persist in the country decade after decade.

To this, some answered pointing to a truism: Charm it is a movie for children, “Not a BBC documentary,” Juliana Velasco joked on Twitter.

Mexicanization or the authentic Colombian?

A part of the reaction in networks focused on if the movie seemed generically Mexican, a complaint that Latinos in southern Guatemala have had against Hollywood for decades.

This from the dress of the protagonist, Mirabel, to the neutral Latin American dubbing, which for some seems Mexican. A YouTube user, Andrés Zapata, commented that, although “as a Colombian I am moved by the trailer … I am concerned that the Latin dubbing seems to be the one they always use, that, although it is very neutral, it still ‘sounds’ Mexican. In Coco, Disney did use a ‘more Mexican’ dubbing for Latin America, for Encanto they should have a ‘more Colombian’ dubbing with all the diversity of accents and expressions that we use ”.

Perhaps the rest of the film will reveal a couple of purely Colombian terms or expressions, even if the accent is not, but a closer look reveals that there may be more of Colombia in the film than Disney is credited with.

Part of the voice cast yeah includes Colombian actors with long experience in the country, like Angie Cepeda and María Cecilia Botero, as well as Diane Guerrero, of Colombian parents, Wilmer Valderrama (of Venezuelan father and Colombian mother). Mirabel’s voice is from Latin actress Stephanie Beatriz, who starred in the musical In The Heights by Lin-Manuel Miranda (successful Broadway and Hollywood composer, singer and actor). “I am Colombian on my father’s side, and playing this role fills me with immense pride,” Beatriz said in a statement.

As for clothing, Mirabel’s dress, for example, in fact it is the typical clothing of Santander, department in the north-central part of the country, according to local media, and several Colombians have emphasized this.

There are also espadrilles used by various communities inherited from indigenous tribes, the ruana (like the Mexican poncho) that is dressed in cold land in the mountains of the capital and its surroundings, and the famous vueltiao hat, typical of the Caribbean.

There is also the best known Wayuu backpack, of the indigenous people of La Guajira, in the northern tip.

The wax palm appears, the highest in the world and the national tree of Colombia, which grows in the forests of the cold Andean valleys, in the departments of Quindío, Caldas and Tolima. There is also a character who has captivated more than one, the chigüiro, or capybara, the largest rodent in the world, in addition to the tapir, which lives in the north of the country.

It is also seen how the family prepares a typical Colombian breakfast in which arepas do not fail and coffee, or red, as it is known in the country.

Among the characters you can catch allusions to, for example, María Isabel Urrutia, who won gold at the 2000 Olympics in weightlifting, on one of the characters whose superpower is a colossal force.

In one of the children, who has as a best friend a jaguar (that inhabits the Amazon, a third of the national territory) many see as a child Juan Guillermo Cuadrado, player of the National Soccer Team (who also wears a typical red scarf around his neck, also known as a raboegallo).

The music was composed not only by Miranda, but also Carlos Vives, a Colombian singer-songwriter and actor who popularized typical genres such as vallenato, wrote an original song for the film, entitled Colombia, My Charm.

Vives, who is from Santa Marta, said in a statement: “This song is a celebration of the magical diversity of Colombia. … I can’t wait to see how the music will blend into the images and the characters inspired by the charm of the Colombians “.

And of course, a tribute to the great Colombian writer could not be missed (no, no Diomedes Díaz, the vallenato singer): the yellow butterflies from a Hundred Years of Solitude, the masterpiece of the Colombian nobel Gabriel García Márquez.

The plot for many is a nod to that export for which Colombia is known around the world (no, not that one): the real magic. For some Colombians it is a source of pride, and for others, a reminder that perhaps many, Colombians or not, are like Mirabel, ordinary.