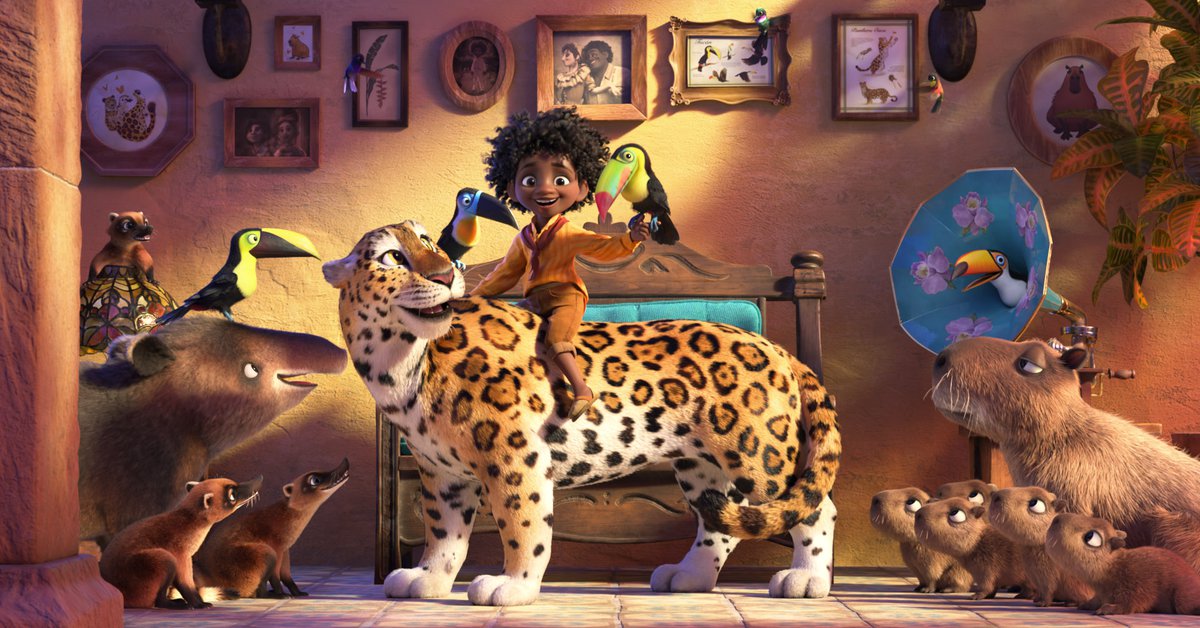 The new Disney movie, Charm, tells the story of the Madrigal, a family that lives hidden in the mountains of Colombia, in a magical house located in a vibrant town in the middle of a wonderful place known as a Encanto. The all-new original film features Stephanie Beatriz as the English voice of Mirabel, a 15-year-old who is struggling to find her place in her family.

In the movie’s story, It is said that the magic of the place has blessed all the boys and girls of the family with a unique gift, from super strength to the power to heal. Everyone except Mirabel. But when she discovers that the magic surrounding the Charm is in danger, Mirabel decides that she, the only Madrigal without magical powers, could be her family’s last hope.

“Mirabel is a very fun and loving character who also deeply yearns for something more. She is also not afraid to defend what she knows to be correct, something that I love and with which I identify a lot … I am Colombian on my father’s side, and playing this role fills me with immense pride, as a Disney fan girl. , I repeatedly watched my VHS tapes and adored every magical story the world of Disney presented to me. I learned from those stories that anything is possible, especially if you believe in the magic and goodness rooted deep within all of us, ”Stephanie Beatriz recounted as the English voice of Mirabel.

When will it be released in Colombia?

According to Disney Spain, its premiere will be on November 26, but in Colombia it would be released on November 25, a day before its worldwide release.

The new trailer includes the original song from the film, Colombia, my charm, Performed by 17-time Grammy and Latin Grammy winner singer, songwriter and actor Carlos Vives, who hails from Santa Marta, Colombia. “This song is a celebration of the magical diversity of Colombia”, says Vives. “I can’t wait to see how the music will blend with the images and characters inspired by the ‘charm’ of Colombians.”

The film features brand-new songs by Emmy, Grammy and Tony Award winner Lin-Manuel Miranda (Hamilton Moana) and is directed by Byron Howard (Zootopia, Tangled) and Jared Bush (Co-Director of Zootopia), co- Directed by Charise Castro Smith (screenwriter The Death of Eva Sofia Valdez) and produced by Clark Spencer and Yvett Merino. Bush and Castro Smith are the scriptwriters of the film.

The filmmakers were deeply inspired by their research trip to Colombia during the initial development of the film, as well as by their ongoing work with a group of expert consultants gathered throughout the film’s production.

It is noteworthy that, in addition to the participation of the singer Juan Carlos Coronel in the soundtrack and the fact that the story is set in the country, there is another Latin touch in ‘Encanto’, since the New York composer – Lin-Manuel Miranda – of ancestry Puerto Rican, wrote the songs for the tape.

Lina Tejeiro revealed details of her fight against biopolymers, a year after her operation
‘Tundama’: the animated film two Boyacá brothers that took over social networks at the same time as ‘Encanto’