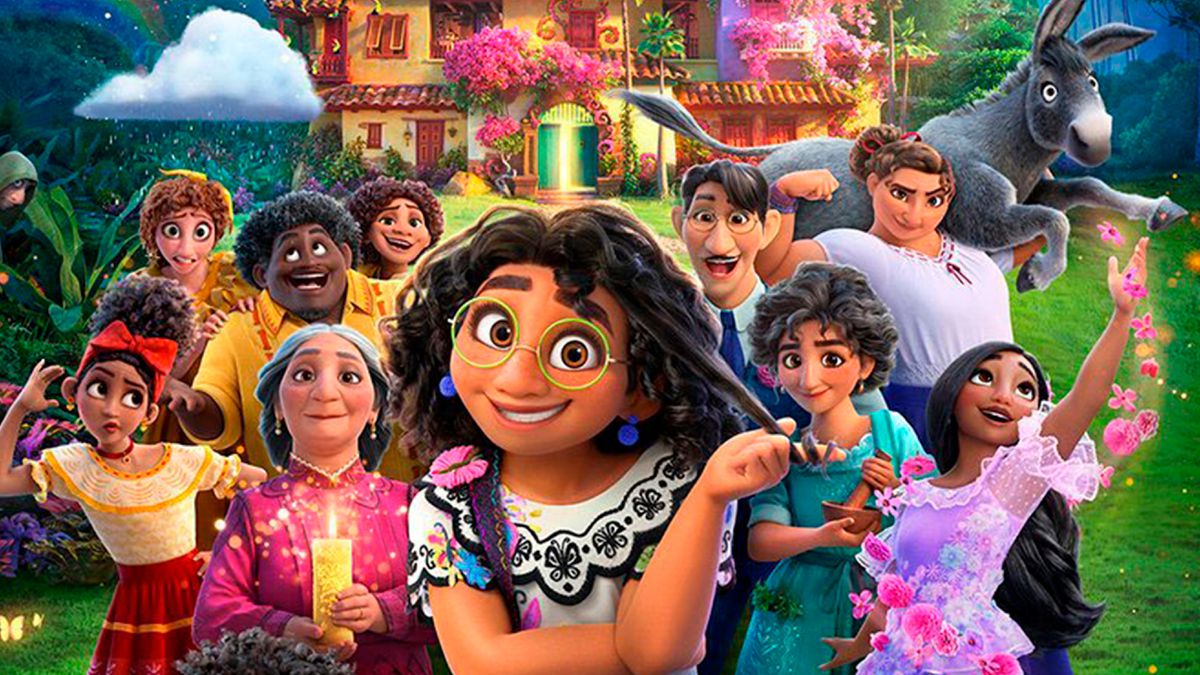 The enthusiasm for superpowers and perfect heroes in the world of Disney seems to be wearing thin. Or at least, it seems to stagger in Charm, his new film whose world premiere is this Thursday and a great commercial bet of the company on Thanksgiving from the celebrated Coco from Pixar studios in November 2017. Charm It is a film with more magical realism than fantasy, but above all, with more affection for broken characters than for faultless ones.

CharmIn his first scene, he introduces the wound carried by a Colombian family, the Madrigals. After being threatened in their village by a violent group of men, the Madrigal couple decide to flee their home with three triplets. We do not really know who the violent ones are, or why they are there. However, the tragedy is followed by a miracle: the surviving Madrigal will come to live in a new town called Encanto, where they will be protected by a candle that never goes out and that grants each descendant a magical gift. In the Madrigal there are children who can change the climate with their thoughts or heal a wound with an arepa; and there are grandchildren who can understand the language of animals or listen to conversations from miles away.

Under the musical direction of the Puerto Rican Lin Manuel Miranda – who has not stopped publishing films this year with In The Heights; Vivo and Tick, tick…BOOM!–, Charm It is a musical in which the salsa of Joe Arroyo from Cartagena and the vallenato pop of the samarium Carlos Vives also have space. The movie it is co-directed and written by Charise Castro Smith, Jared Bush and Bryon Howard, the latter two parts of Zootopia, the 2016 film by Disney whose soundtrack was another famous Colombian singer, Shakira.

And Coco drew its inspiration from an important Mexican tradition – the Day of the Dead – the narrative of Charm It is not based on a tradition but on a book: One Hundred Years of Solitude Nobel Gabriel García Márquez. The famous Colombian novel took place in the huge house of the Buendía, another migrant family ruled by the matriarch Ursula Iguarán, founders of the town of magical realism called Macondo. Among many, Remedios la Bella, the most beautiful woman who could kill with her charm, or hundreds of yellow butterflies that chased Mauricio Babilonia passed through there. In the village of Charm There is no Úrsula Iguarán but there is another matriarch, Alma, the grandmother who survived the displacement; There is no Remedios la bella but there is Isabella, a granddaughter whose magical gift is to be so beautiful that flowers sprout wherever she walks. And there is no Mauricio Babilonia, but the yellow butterflies that were chasing him do suddenly appear.

Macondo is, for Disney, that town with large migrant families looking for a better future, but without the tragic part in the novel that tells of a massacre. We do not know if the Madrigal are displaced the FARC, or the paramilitaries, or the Colombian army, which would make them part of the nine million victims left by the war and whose future was more tragic and complex than that of the Madrigals. The figure of ‘the bad guys’ in the film is so ambiguous that, in a review by a critic in San Francisco, the author believes that those who displace the family are the of the border patrol: United States migration agents. Perhaps that ambiguity is what allows it to be suitable for children from all over the world, but in this migrant town that does not matter much. On Charm, ‘evil’ is quite marginal.

The true tragedy of Charm It is, Disney also tells us at the beginning, that the protagonist is the only one of the Madrigals who does not have a magical gift: Mirabel, a tender girl with curly hair and green glasses who lives an identity crisis in this family of super powerful. “You are perfect just the way you are,” his mother consoles him. Although like all compliments from a mother to a teenager, it is immediately ignored.

Mirabel, our heroine without superpowers, must discover throughout the film why her relatives are at risk of losing their magical gifts. Without falling into spoilersThe most interesting thing about this movie is not what Mirabel discovers at the end about her magical house and the super powers in danger. The most interesting thing is what you find on the way. Perhaps your beautiful sister does not want to marry the most handsome man in town (as her grandmother Alma hopes), and perhaps her other sister – Luisa, a girl with the super power of strength – is tired of working every day and needs a break. Perhaps she herself, Mirabel, lives better without a super power that defines her entire identity. What allows Mirabel to be Mirabel is precisely not having a charm.

On Charm The super powerful, the most beautiful, the strongest, the hardest-working, the ‘I can do everything’ grandmothers, live their own identity crises. “You’re carrying too much weight,” Mirabel tells one of them. The whole family, from the beginning, tries to put on a happy face even though they know that the house is full of cracks, because of the expectations that others have placed on them, and with any false step the whole house falls to the ground .

What makes more beautiful Charm are not references to One Hundred Years of Solitude, nor its celebration of Colombian multiculturalism, nor its salsa, nor its arepas, nor its beautiful macaws. The best of Charm it is the enormous weight of expectations that are cultivated within a traditional family. Yes OK the film does not question the heteronormative family – that already does superman’s new gay couple– Yes, it is an entry to show the little ones the enormous breaks within a nuclear family. Sometimes it’s okay not to want to be super powerful, especially in the 21st century, and it’s okay not to try to satisfy the wishes of your elders. For those who bring their children, the charm of music and cartoons is for children, but the most urgent message is for adults. Perhaps expectations of your little ones will eventually break, and that’s okay, that’s charm too.