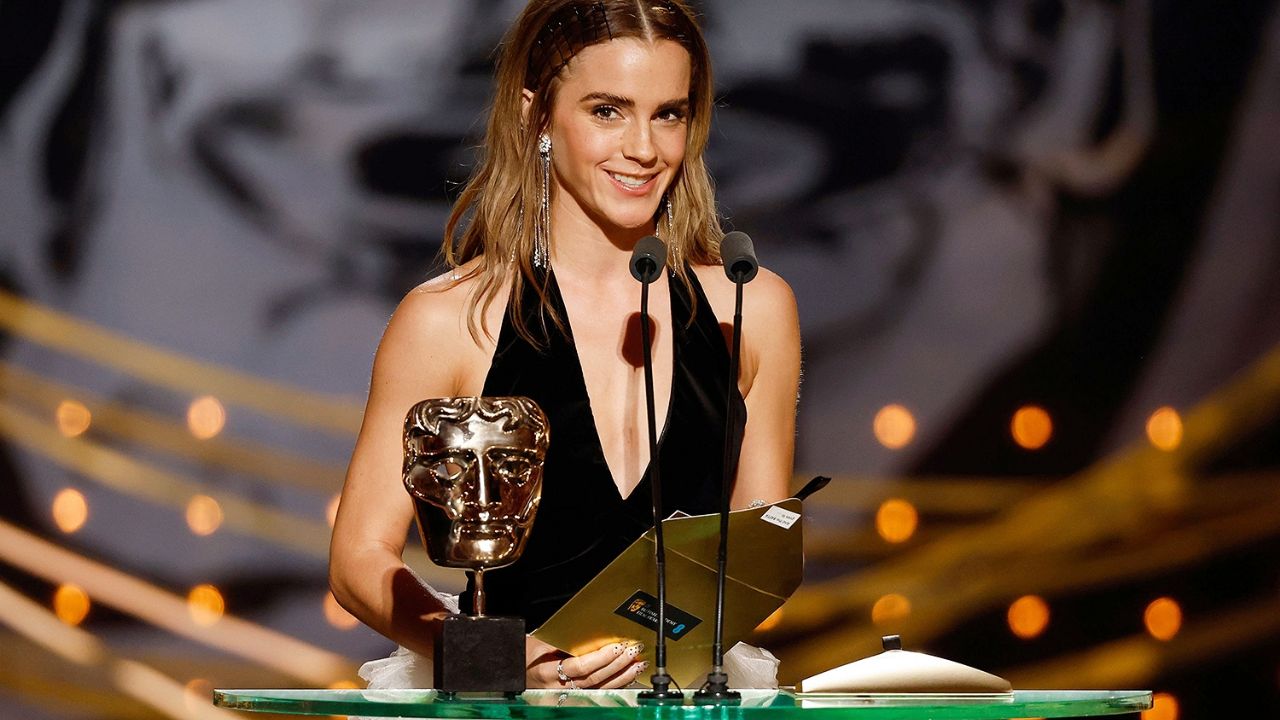 This last Sunday there were great winners in the prizes BAFTA to the best of cinema of 2021, ceremony in which The Power of the Dog was crowned Best Picture. However, the days go by and the networks cannot forget this particular moment, which does not involve any nominees.

Emma Watson, which presented the prize for the best British film, became a furor in networks for a funny line that he delivered during the ceremony. Prior to awarding the prize to Belfast (from Kenneth Brangh), the presenter of the ceremony, rebel wilsonintroduced Watson with a bit of humor, to which Emma managed to respond very elegantly.

“Our next presenter is Emma Watson,” he said. rebel wilson shortly before receiving the star of Harry Potter, and UN Ambassador for Women on stage to present the award. “She’s proud to call herself a feminist, but we all know she’s a witch,” Wilson said, joking with the role of hermione and the famous “feminist witches”.

However, it was Watson’s response that went viral, who said, “I’m here for all the witches.” For many this may seem like a throwaway phrase from the bunch, a nice and quick response, but many people on Twitter gave it a particular meaning.

It turns out that the author of Harry Potter, JK Rowling, has been in the news again for his comments on issues related to the trans community. In this case, it was Scotland’s Gender Recognition Reform Bill, a law that will make it easier for transgender people in the country to change the sex on their birth certificate. Last week, Rowling tweeted about the law, warning of “the likely negative consequences of this legislation for women and girls”, prompting further accusations of transphobia towards the author.

Rowling’s views have come under scrutiny for years, with a series of tweets made by the author in 2020 being accused of transphobia after the writer tweeted concern about a newspaper that wrote “menstruating people” instead of writing “women”.

That title shocked the author and she tweeted about it, which caused many to accuse her of transphobia since by insinuating that only women can menstruate, she is excluding trans women and men. The transphobia controversy caused several members of the cast of Harry Potter -including Daniel Radcliffe and Emma Watson– Issue public statements in support of the trans community and against Rowling’s statements.

“Trans people are who they say they are and deserve to live their lives without being constantly questioned or told they are not who they say they are,” Watson wrote on Twitter after the author’s tweets. “I want my trans fans to know that I and many other people around the world see them, respect them and love them for who they are.”