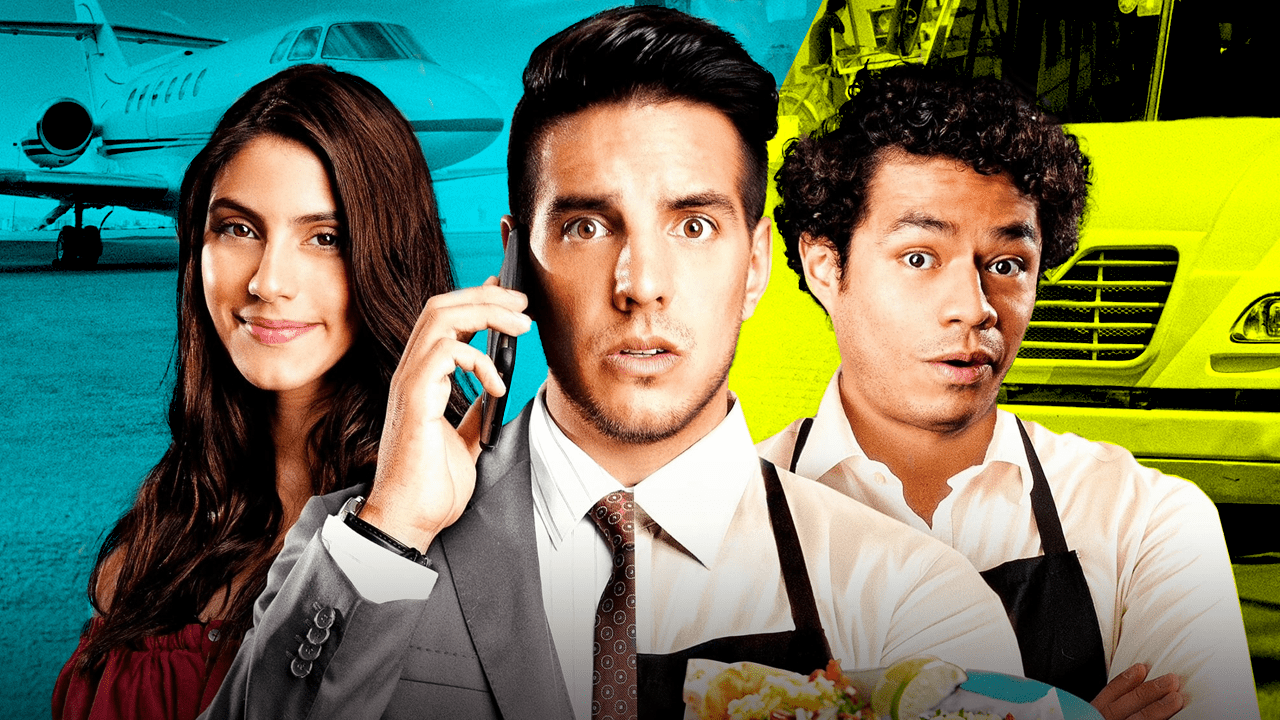 On July 15th, ‘El Mesero’, a film starring Vadhir Derbez and Bárbara López, that promises an endearing love story and lots of laughs, hits Mexican theaters. Here we give you 5 reasons why it will become your favorite comedy

On July 15, El mesero, a film starring Vadhir Derbez and Bárbara López, that promises an endearing love story and lots of laughs, hits Mexican cinemas. Here are 5 reasons why it will become your favorite comedy this summer.

It cannot be denied that Vadhir Derbez carries comedy in his veins, his surname was a way to boost his career at first, but for several years now he has been given the task of positioning himself as one of the benchmarks of Mexican commercial cinema , participating in successful national projects such as The waiter (2021), Sweet family (2019), Twenty-year-old, divorced and fantastic (2020), among others.

Derbez has not adhered to the limits of cinema or the small screen, but has explored in areas not so conventional as YouTube, a platform on which he opened a channel that today has one million followers. With the digital space ‘Vadhir Derbez’, the actor has found a way to be closer to his fans, sharing not only news about his upcoming entertainment projects, but also musical ones.

And since nothing seems to be enough for the young actor, this year he made his Hollywood film debut with the horror film Exorcism on the seventh day, in which he shared credits with actors of the stature of Guy Pearce (Mare of Easttown) and that It served as a proof of the versatility of the Derbez brother in the middle.

2. “It is without fear of success”

On The waiter, Vadhir Derbez plays a waiter who dreams big, wants to become an entrepreneur and lead a better life. When the opportunity presents itself, it will change its physical appearance to meddle in one of the highest echelons of the social class, based on its charm when speaking and its moldable personality. In the adventure he will be accompanied by his best friend, who will become a kind of sidekick for success.

The film, directed by Raúl Martínez (A father not so father, 2016), is an attempt to get closer to popular film productions in commercial cinema in which the main female character has to do the impossible to stay with the heart of the successful businessman (don’t you remember Dream of love with Jennifer Lopez?).

Martinez and Vadhir they embark on a similar story that has a lot of heart and that we live, now, through the eyes of Rodrigo. This character must move heaven, sea and earth to demonstrate his value and gain the attention of the woman of his dreams, who belongs to an important business family.

Any film production, international or national, is assured of good reviews and good reception depending on the casting work it has done. The waiter knows that it is vitally important to bring together a young cast that had previously demonstrated their comic streak and gained the approval of the Mexican public.

Within the cast of the film we can find personalities such as Memo Villegas, an actor whose work in Back Door went viral thanks to the sketch of ‘Harina’, in which he played Lieutenant Ramírez, a policeman who offered to check if the packages that he department had confiscated were actually cocaine or flour. Today the video has more than 3 million accumulated reproductions on different YouTube channels, and it was common to find the video clip on social networks for a few months.

In addition to Vadhir, the heart of the film also falls on Bárbara López. At just 28 years old, the actress from Monterrey, Nuevo León has caused a media impact on the younger generation of Mexican viewers, who became fond of and were reflected in Juliantina, the open television duo formed by her and Macarena Achaga in Amar a muerte, a telenovela in which they played the first lesbian couple presented in primetime on a small screen.

And last but not least, there is Emiliano Zurita, who has a small role as Pedro in The waiter. The actor, who this 2021 starred in El Baile de los 41, surprised viewers a year ago with the family project How to survive single with his brother Sebastián Zurita, a comedy series about love, breakups and how friendships can keep you afloat from a broken heart.

A couple of years ago, the Mexican stand up saw the birth of one of its greatest exponents with Franco Escamilla, a musician from Monterrey who used to work in bars, restaurants and cantinas. Also known as “The Master of Sarcasm”, Escamilla was the first standuper to take his routine to one of the most important venues in Mexico: the National Auditorium.

Europe, the United States, Japan and Australia are just some of the territories in which Escamilla has performed with the tour For the Anecdote, which marked the beginning of his relationship with Netflix, a streaming platform that today hosts three specials from the comedian, the aforementioned, Comedians of the world Y Welcome to the world.

The waiter It is the debut in feature films of Franco Escamilla, who had previously participated as a guest in the Netflix series Mr. Iglesias, like Joaquín Fuentes. The standup He is in charge of the character of El taquero, a comic figure who gives advice to the character of Vadhir Derbez and that of Memo Villegas, and who makes us laugh from now on with the final trailer that has been revealed for the film a few months ago.

The same production house that presents us today The waiter has been behind a number of Mexican box office hits in recent years, so it wouldn’t be surprising that this year they have further refined the formula for making Mexican audiences laugh.

Some of the successes of said production company are Ya verremos (2018), Do it like a man (2017) and A woman without a filter (2018), to name a few. But what is worth noting is that We’ll see is an example of unthinkable success, since managed to surpass international action films such as Mission: Impossible – Repercussion at the Mexican box office.

And it is that in 2018, the aforementioned film starring Fernanda Castillo had an attendance of one million 400 thousand viewers on its opening weekend, enough to unseat Tom Cruise’s impossible missions in its second week in Mexican cinemas.

The waiter It is in the hands of professionals, who know how to make the national public laugh and pamper them with the best stories to enjoy with family, friends or alone. The film will be available in theaters throughout the Mexican Republic from July 15, so save the date on your calendar and get ready to laugh and believe in love stories once again.