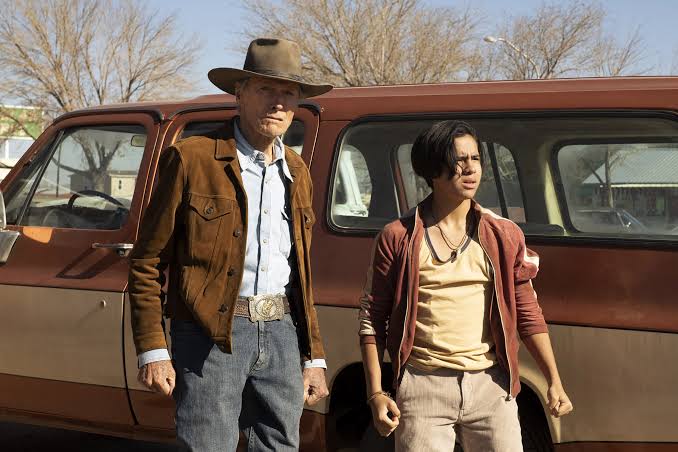 There are those who are very lucky and in addition to the effort to stand out, they have the charisma and the star to appear in the discipline that sometimes, choose them. That is the case of Yalitza Aparicio, who after causing a sensation with her endearing role as ‘Cleo’ in the multi-award-winning film Alfonso Cuarón ‘Roma’, and now about the young – very young! – Mexican actor Eduardo Minett, who debuts as the co-star of nothing less Clint Eastwood en ‘Cry Macho’, the 39th film directed by that living legend of cinema.

Eduardo, born in Mexico City in 2006, He completed his first studies in the children’s division of Televisa’s CEA and began working with bit parts and non-dialogue roles in soap operas, graduating to more substantial roles in ‘La Rosa de Guadalupe’ and ‘As the saying goes’, and has continued his acting education in Mexico and also in the United States.

It was Eastwood himself who selected the boy to play ‘Rafa’ a key character in this film that the unforgettable ‘Dirty Harry’ – who celebrated his 91st birthday on location in New Mexico – directs. The film is based on a genre novel western modern, published in 1975 and written in a novel by N. Richard Nash with script of Nick Schenk (who previously worked with Eastwood on ‘The Mule’, and ‘Gran Torino’ and he is one of the creators of the series’Narcos‘).

Here, true to its tradition of embodying strong characters but with a more human side, something that has become his signature since he debuted in Sergio Leone’s spaghetti-westerns and the TV series ‘Rawhide’, Eastwood plays Mike Milo, a man who was once a rodeo star and horse breeder., but who in his old age is on the verge of dismissal, receives a commission from a former boss to kidnap your minor child and take him across the border to reunite with him in Texas, separating him from his alcoholic mother (played by the Mexican actress Natalia Traven) and his dangerous friends dedicated to drug trafficking (although that’s only part of the story).

Set in 1978, the plot revolves around the journey of this couple (the old man and the boy) through rural Mexico on their way back to Texas., facing various dangers, as they are pursued by the police, by drug traffickers who are friends of the mother and by a rival of Rafa’s father, and it is during this tricky journey that the weary horseman finds his own sense of redemption by teaching the boy not only to survive in an inhospitable and hostile landscape, but also what it means to be – at least for Mike Milo – a good man, even if they are putting their lives at risk.

Minett has not made many statements about it, but at the end of filming he commented to Deadline, that he was very excited to have had the chance to make his film debut in an Eastwood film and also, from having shared so much time — the two are practically together in most of the scenes of the film — with him, learning everything possible of someone so important in the history of cinema, which is what he wants to dedicate himself to in the future.

Otherwise, Eduardo is also a singer and was invited to participate with a vocal ensemble for open Tini’s concert in Mexico in 2019, doing a cover of Luis Miguel, although he has revealed in his social networks that hee feels closer to the northern music of the regional Mexican genre.

For its part, Eastwood stated that his wish is to die on a movie set, and continues tirelessly, with a clear mind, planning his next film and prepared for everything, an example of someone who has been in this business for six decades and has given everything and that has elevated it with good reason.

‘Cry Macho’ will be released worldwide by Warner Brothers on September 16.