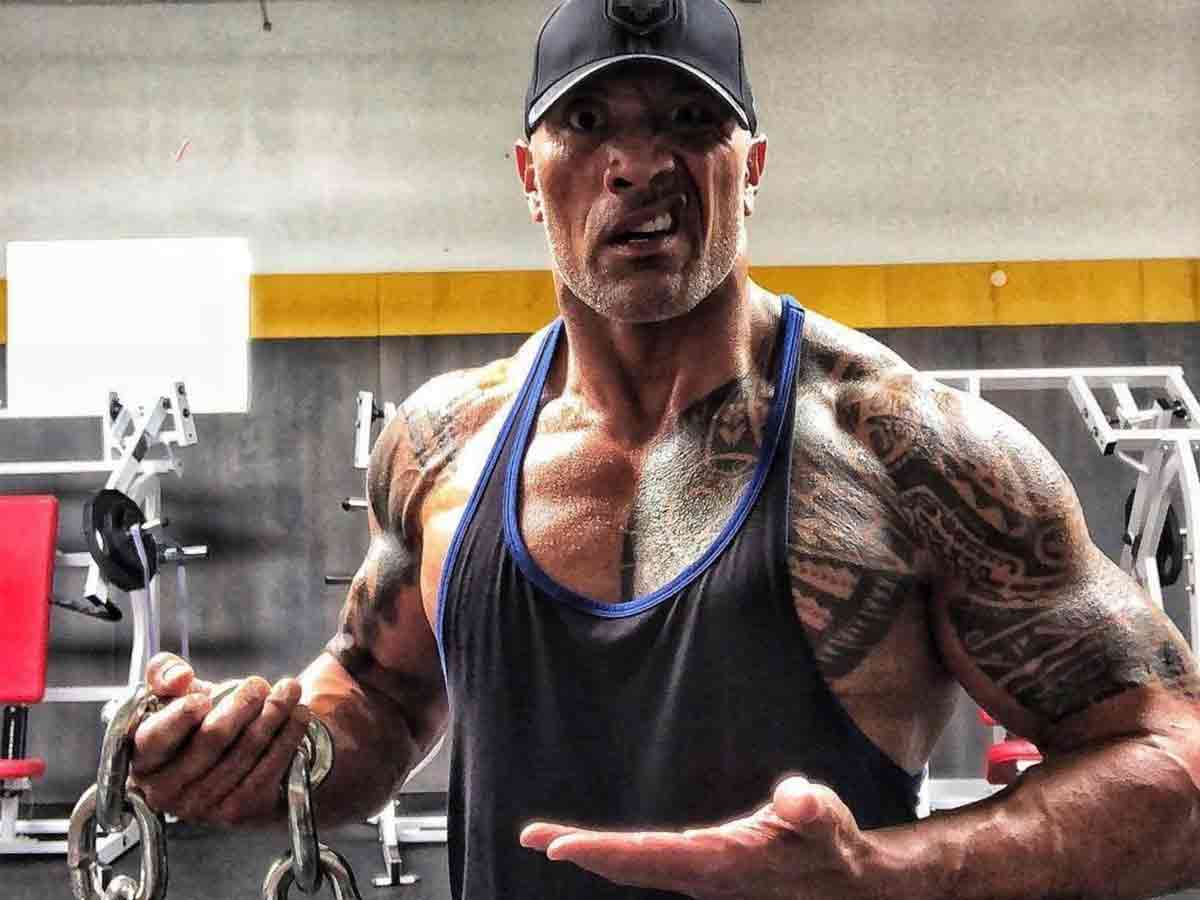 Actor Dwayne Johnson is in great shape, because despite the fact that he shoots many films he does not stop training, that’s why he lifts a lot of weight.

Dwayne Johnson became known as a fighter of the WWE and after that he achieved world fame thanks to films like The Mummy Returns (2001), The scorpion king (2002), Fast & Furious 5 (2011), Hercules (2014), Saint Andrew (2015), Jumanji: Welcome to the jungle (2017) and has now released Jungle Cruise (2021). In all of them he has shown a marvelous physique, since he never stops training and preparing his body.

In a recent interview with Emily Blunt, the actor Dwayne Johnson has revealed that he lifts about 500 pounds on the weight bench, this equates to about 226 kilos. Not everyone can say that they lift so much weight, since above all it must be remembered that they are 49 years old (May 2, 1972). So it’s all a feat of constant training and dedication to being fit.

The actor is in one of the best moments of his film career.

Despite the pandemic, Dwayne Johnson has not stopped working, since it has recently released Jungle Cruise, which has been quite successful although movie theaters are not at 100% capacity. Also we will see it soon in Red Notice, which is the most expensive film in the history of Netflix. Without forgetting that it has already rolled Black Adam, giving life to this character of DC Comics so spectacular.

He is currently preparing very interesting projects such as The King, where he plays King Kamehameha who fulfills the prophecy of uniting the Hawaiian islands. We will also see it in San Andreas 2, the sequel to the 2015 hit, Doc Savage which is a superhero created by scientists and a sequel to Big Trouble in Little China. So Dwayne Johnson He must continue in good shape to be able to face all the productions that he will have in the coming years.