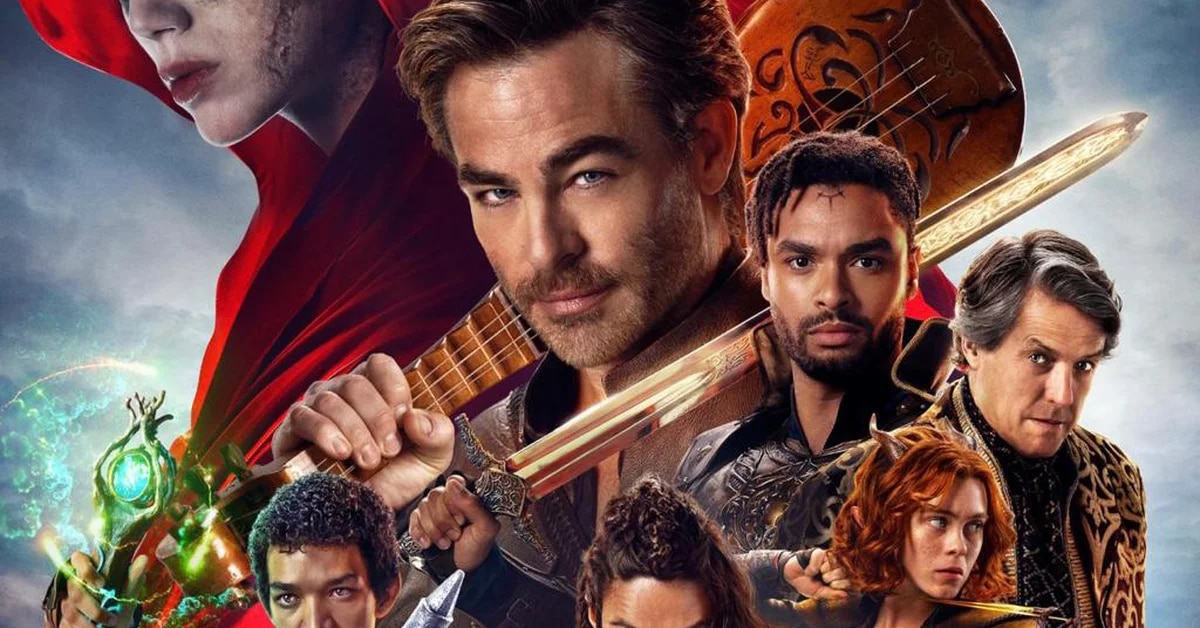 A thief and a band of adventurers undertake an epic heist to recover a lost relic, but things go dangerously wrong when they run into the wrong people. (Paramount Pictures)

Less and less until the premiere of Dungeons and Dragons: Honor Among Thieves and although in recent weeks the details or advances on the film based on the popular game have been scarce, the official trailer of the expected production has just been released. Paramount Pictures released the trailer showing small glimpses of the story and its characters. The film will premiere in theaters in the United States on March 31, still without a clear date for Latin America.

Stars Allison Williams and Violet McGraw will return in the second part as part of the main cast.

The feature film will center on Edgin (Chris Pine), who teams up with an unlikely group of thieves to recover a lost relic, but is forced to learn teamwork when nothing goes as planned. Dungeons and Dragons is based on one of the most popular board games of all time, the same one that has been the source of inspiration for countless epic stories that fans continue to love to this day.

Chris Pine and Michelle Rodriguez are part of the cast. (Paramount Pictures)

Created by Gary Gygax and Dave Arneson, the game also inspired the animated series Dungeons & Dragons, which lasted only 27 episodes divided into three seasons. However, they were enough to generate a legion of fans around the world. The production is also notorious for being prematurely canceled before a closing episode could be produced, sparking all sorts of fan theories about how the story would have ended.

The new trailer joins the other one shown several weeks ago at the film’s panel at CCXP in Brazil. You can tell from the trailer that the upcoming feature film is doing its best to honor geek culture and board game lore. That includes the dragons shown in the trailer, which are of various species, a difference that is typically ignored in productions featuring these winged beasts.

Regé-Jean Page is also part of the cast. (Paramount Pictures)

In addition to Pine, the cast also includes Michelle Rodriguez, Regé-Jean Page, Hugh Grant, Justice Smith, and Sophia Lillis. The co-directors of this project are John Francis Daley and Jonathan Goldstein. The script is co-written by the directing duo along with screenwriter Michael Gillio (Kwik Stop). Daley and Goldstein recently spoke with Collider about how they decided to approach the story.

Although it is based on the board game, the film’s story will be original. (Paramount Pictures)

Although the film is set in the universe of Dungeons and Dragons and it shows the world of the board game, it is not some adaptation of a story that already existed. The film has a plot that seeks to capture the spirit of being within this title loved by millions. According to the creators, the idea was to make a project full of things and references that fans would appreciate in order to develop an adventure that the public could enjoy.

“The monsters, the creatures, the magic, the places, you will see all of that portrayed. But we’re not trying to bog you down if you don’t know anything about Dungeons and Dragons or if you have never played. First and foremost, we wanted this to be a big, fun adventure that felt a little different than what you’re used to seeing,” Daley explained.

Film adaptation based on the popular board game. (Paramount Pictures)

Before it premieres Dungeons and Dragons: Honor Among Thievesyou can see Don’t Worry Darlinga film starring Chris Pine that is on HBO Max.

“Fauda”: the fourth season can now be seen on Netflix
“Invincible” is back: watch the official teaser for the second season
This is the shocking Korean film that addresses artificial intelligence in a dystopian future

“Dungeons and Dragons: honor among thieves” presented its official trailer