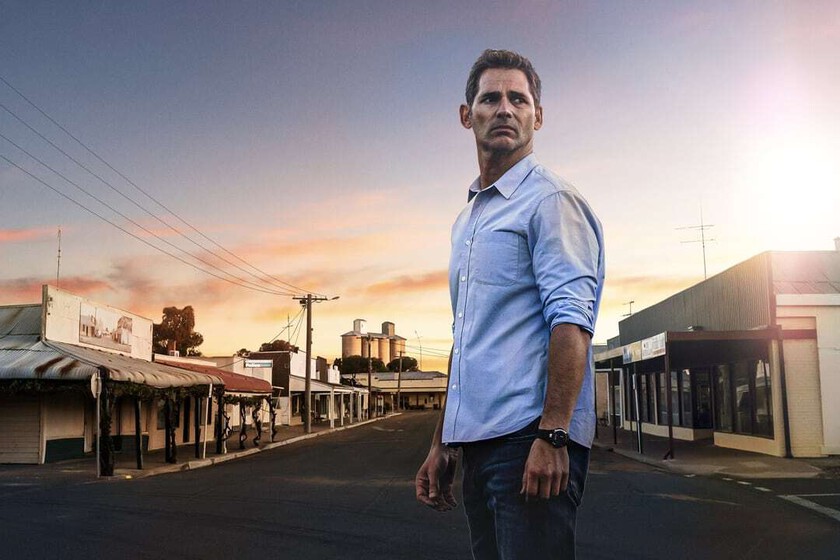 Premieres ‘Years of drought‘ (‘The Dry’), adaptation of Australian Jane Harper’s debut detective novel, which became an international bestseller in 2016 and is now featured with an Eric Bana who has been absent from the big screen for some time. Here he offers a solid interpretation in a mystery story with twisted and tense narrative with the wastelands of the continent as the absolute protagonists.

Bana plays Aaron Falk, a federal agent who returns to his drought-stricken hometown of Kiewarra after a two-decade absence from attending the funeral of his childhood friend, Luke, who allegedly killed his wife and son. before taking his own life. Aaron stays to investigate at the request of Luke’s parents, bringing up old injuries in the area, related to the death of his school friend, Ellie. The stress of the drought joins the tensions that escalate as Aaron gets closer to the truth.

A mystery in a tortuous setting

Director Robert Connolly reproduces the intense story of the novel by playing throughout the footage with two narrative lines separated in time converging on the farming town of the Australian outback. One is a horrible murder and suicide, the other is a mysterious death from the past with Aaron involved, which is somehow linked to the case of the present. ‘Years of Drought’ is an archetypal crime mystery story that gradually reveals dark secrets in an arid and violent environment.

Joe Klocek, BeBe Bettencourt, Claude Scott-Mitchell and Sam Corlett, play the teenage versions of a group of friends who only Bana and Genevieve O’Reilly play their adult versions, still alive. Bana delivers a solid performance with a complicated man, who seems like he doesn’t want to get involved, but that he is unable to stop. His detective alternates seriousness with an analytical intelligence in his movements that make us doubt him at times, given the shifting territory of secrets and buried pasts.


‘Years of drought’ has a premonitory epidermal tension that differs from the classic predictable rural mystery through its atmosphere. The search for the murderer is kept to the limit not so much by the squareness of his intrigue but by the scenario ravaged by the drought, whose inhospitable sensation of dehydration manages to hybridize the bitterness of the case with the harshness of the environment. Each movement towards the truth on the part of Falk, is like lighting a match in a meadow of dry straw at 40º.

The expiation of past traumas uncovers wounds that open conflicting perspectives that add intensity to a thriller that tends to lengthen its development while Falk interviews several suspects, without making the most of the vast landscape that makes Australian cinema of this genre have a telluric power that never makes an appearance here, and sometimes the personal approach makes it lose the hook of the mystery.

Although the resolution hits the viewer like a mallet, it may not live up to the expectations it generates, lagging behind other recent Outback mysteries such as’Murder in the Outback’ (2020), ‘Jack Irish‘ (2016) o ‘Mistery Road’ (2018). Bana is still a magnetic enough actor enough for the trip to be enough, but sometimes, the focus on their relationships in the town tends to counteract the cinematic quality that their locations and filming on location implements with an excess of encounters that walk along the edge of the tabletop drama.


The combination of the police procedural in an arid landscape and the depressing rural tone works, but having such powerful examples as’Mare of Easttown‘This year, the group is not so favored. ‘Years of Drought ‘knows how to combine the landscape with the character of its characters, but like the recent ‘Sweet River’ (2020) it has not just made the most of its possibilities and its excellent production values, navigating a valid correction, but no less disappointing.