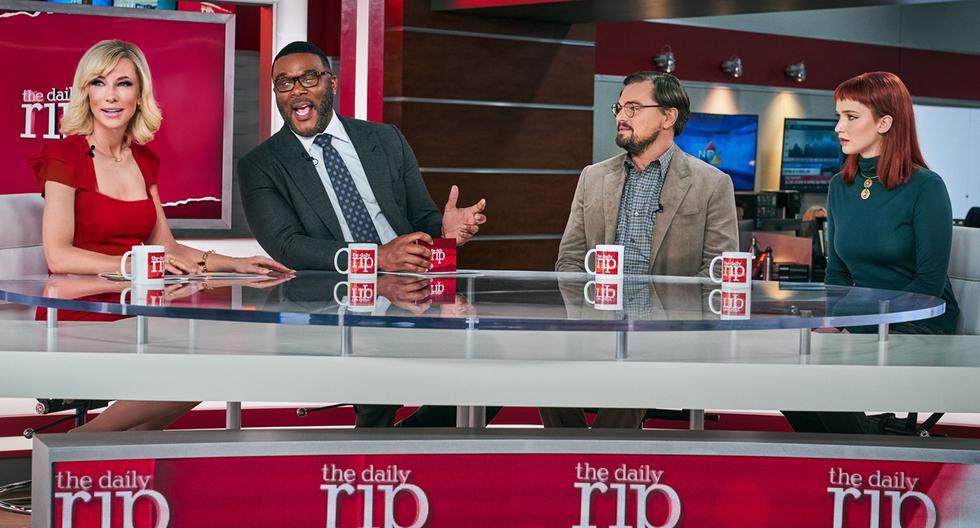 Kate Diabiaski (Jennifer Lawrence) y el Dr. Randall Mindy (Leonardo Dicaprio) discover that a giant comet will destroy the earth upon impact in just over six months. After overcoming the surprise of the discovery, they decide to reveal it to the White House, where a megalomaniac president (Meryl Streep) will Olympically ignore the seriousness of the matter. So, if the person in charge of the first power is not interested in the fact that the world will end, what other ways have a couple of scientists of little renown to make themselves heard?

LOOK: “Don’t Look Up”: the message from Leo DiCaprio and Meryl Streep that you will want to hear after watching the film

So we could summarize the initial idea of ​​“Don’t look up”(” Don’t Look Up ”), the bet with which Netflix hopes to captivate the attention of its millions of users around the world in the last week of 2021. They have spared no effort in this regard. The first is the millionaire casting summoned. To the three actors mentioned above, this Adam McKay film includes, among others, Cate Blanchett (as a TV presenter), Jonah Hill (as son and presidential adviser, Jason Orlean), Mark Rylance (as a millionaire tech entrepreneur), Timothée Chalamet and even Ariana Grande in a particular musical appearance.

After the presidential door slammed, the duo made up of Kate and Randall looks for other alternatives to alert the world population about their dark outlook. The first and predictable option is the media. The astronomers (she in a ‘Tattooed Dragon Girl’ look and he in a run-down mathematician look) will be invited to a highly-tuned morning show. From here on, references to ‘reality’ jump on the screen very quickly. For the hosts (one played by Tyler Perry and the other by the aforementioned Blanchett) all the guests matter the same. In that sense, despite the fact that these ‘prophets of the end of time’ want to impose seriousness on the interview, they are involved in a dialogue of the deaf. And it is Kate – because of her youth and momentum – who quickly loses her TV roles.

There is a detail that runs through the entire tape: its actuality. As Kate loses the role when she sees that nobody cares about the ‘end of everything’, social networks make their appearance to quickly turn it into a trend. So even the fact of being about to become a doctor frees you from just being “the woman who says we’re all going to die.” Something almost similar happens with Randall, a mathematician who takes six pills a day to control everything from his hypertension to his weight, going through a sexual “help” when necessary. Well, he ends up being ‘the sexiest astronomer in the world’. All this is fertile ground for the emergence of hashtags and irreverent memes. Another defeat for the seriousness of the matter in the making.

The political plane cannot be ignored either when seeing “Don’t look up”. Meryl Streep is proud to embody what many might consider a female Donald Trump. If she first looked totally disinterested by the ‘end of the world’ alert, her character quickly transforms as public opinion begins to worry about the imminent impact of the comet. But returning to his role, Streep confirms (as if that were necessary) his talent by showing us a good politician to screw up and bad to make strategic decisions. Although many of the decisions of his character, that is, are in the hands of his son and adviser Jason Orlean. Here it is worth saying that the role of Jonah Hill – a young political strategist who boasts of his money and power to belittle even the most brilliant scientists – starts out well, but gradually ends up being reduced to one more element in a presidential family out of his mind. .

In a capitalist society like the current one, technology companies are as or more important than banks and mining companies. So, to “Don’t look up“Could not miss the classic entrepreneur tech. Here he enters to carve the role of Oscar winner Mark Rylance, playing Peter Isherwell, founder and CEO of the Bash company. Behind you you are free to imagine Tim Cook, Jeff Bezos, Elon Musk or even the late Steve Jobs. The important thing will always be that our character has one foot in the conference where he announces his new and innovative gadget and another in the office of the President of the United States. And it is particularly in the latter place where he will influence key decisions not only for his country but for the world.

Returning to the plot, as Kate and Randall go slightly different paths in their quest to save us from a ‘planet-killing’ comet, “Don’t look upIt will also show us personal breakdowns. Her boyfriend leaves her, and he succumbs to an exuberant television presenter who has a luxurious but empty life. For details like those, this film is not only a technological and / or science fiction comedy, but also a crude account of life itself: disappointments, deceptions and loves that end.

Adam McKay has built a movie that serves his purpose. His version of the end of the world is not only ‘scientific’ (there are calculations, telescopes and rockets), but also moral (politicians who deceive and people willing to die for those lies). We are then facing a remarkable satire of a hyper-connected society, but at the same time empty. A fantastic opportunity to – between hashtags, memes and absurdities challenges – see ourselves reflected without having the extra pressure of knowing the exact time in which ‘a comet’ will really come and end all this.

Synopsis: Two astronomers go on a media tour to warn humanity of a deadly comet that is on a collision course with Earth. The world’s answer: And? 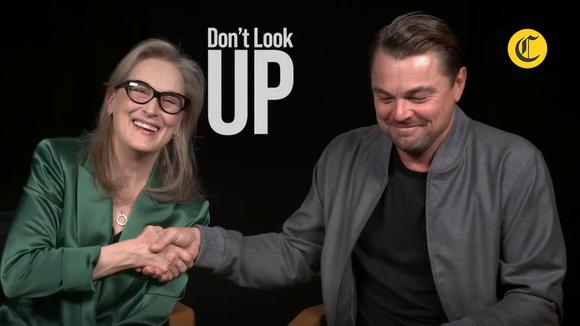 “Don’t Look Up”: If tomorrow was the end of the world, would this movie be your best portrait? | REVIEW