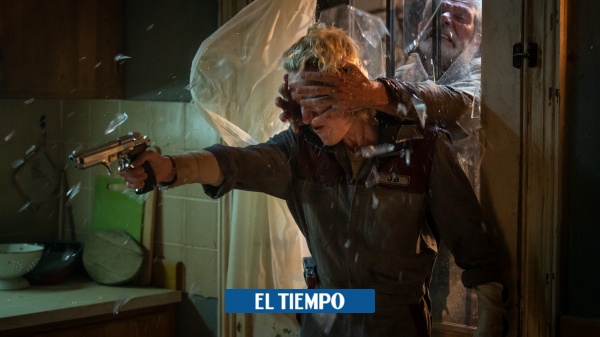 As if they were the protagonists of one of the horror movies who write, produce or direct, Fede Álvarez and Rodo Sayagues have a telepathic connection. They look at each other and only with that they know if they have a good idea; Somebody raises his eyebrow and the other understands that he must change the idea he proposed; They smile and it is the signal to move on. Chemistry is an understatement for this highly connected work ‘marriage’.

(Read also: ‘Cursed Cry’: the horror movie of the moment).

“We have known each other since we were teenagers,” Rodo Sayagues recalls about that three-decade friendship with Federico Álvarez, whom he met in some of his projects to form a rock band in which he played guitar. We understand each other very well; we know the criteria, the imagination, the strengths and weaknesses of each one. We learned to complement each other. Communication is so fast and fluid that we don’t have to talk ”.

In 2016 they had been making horror films for a long time, even three years ago they had joined forces with the renowned Sam Raimi in a new version of ‘Evil Dead’ (which in Spanish was known as Infernal Possession). That year, the premiere of ‘No respires’ (‘Don’t Breathe’) put them in the Olympus of the genre: Fede as director, Rodo as screenwriter and together as producers. However, the second part of this film, which has just hit theaters in the country, involved a change of roles.

(Also: ‘The Exorcist’ will return 50 years after its premiere)

“Directing was a natural and beautiful step with a well-known history, and with the team and the protagonist – veteran actor Stephen Lang – family,” recalls Rodo. “It was good to experience the cinema from this place because you have total control of the story, something that does not happen as a screenwriter. But I discovered a feeling and it is that I am the only one who cannot see the movie without finding some objection. I have a previous intoxication, I am so immersed in the story, in the edition, in everything, that I cannot see it like the other spectators ”.

Rodo Sayagues (right) makes his directorial debut in this film.

Rodo and Fede spent more than three years rewriting the script for ‘Don’t breathe 2’. The film follows the life of Norman, the blind man who gets away with it after the events of the first part. Now, the presence of little Phoenix radically changes his life and confronts him with a violent and new danger.

“For me it was an empathy experiment after introducing a character and we explained why he behaves that way. It is the same that happens to us in life; When we meet someone and delve into their details, we understand what they do regardless of whether one agrees or not. That was the brand of Don’t breathe, ”says Rodo, who had already directed video clips and commercials in Uruguay.

(Can read: Robin and more childhood characters who ‘revealed’ their sexual orientation).

‘Do not breathe 2’ goes beyond the viewer taking the side of a psychopath and fugitive who did not pay for the crimes he committed. “We wanted to explore if at some point he recognized himself as a villain, because in the first part he spends his time excusing his actions and does not see himself as a monster. We wanted to put him in circumstances that pressured him to look at himself, to acknowledge past actions and the damage he caused. It seemed interesting to us to be witnesses of this self-recognition of its true nature ”.

The plot of the film cannot be advanced much: the blind man will once again leave his trail of death, although he will meet characters equal to or worse than him. In ‘Don’t breathe 2’ we are facing a horror thriller with some action and much more explicit violence.

(Keep reading: 10 series on Netflix to marathon in a single day).

“I think that people go to the cinema to experience emotions, and fear is a primal emotion, easy to shoot, but that when we experience it we are exposed to conditions of risk and danger; then the cinema, like a roller coaster, offers us the possibility of experiencing that emotion from a safe place. We see terror because we want to be scared, we want to reconnect with our animal ”, says the director (Montevideo, 1980). “I like it when horror movies they combine scares with dramas and situations of the human condition ”.

Why don’t you have to have sex on Friday the 13th?Mark Wahlberg talks about ‘Infinite’, a film that will blow your mind