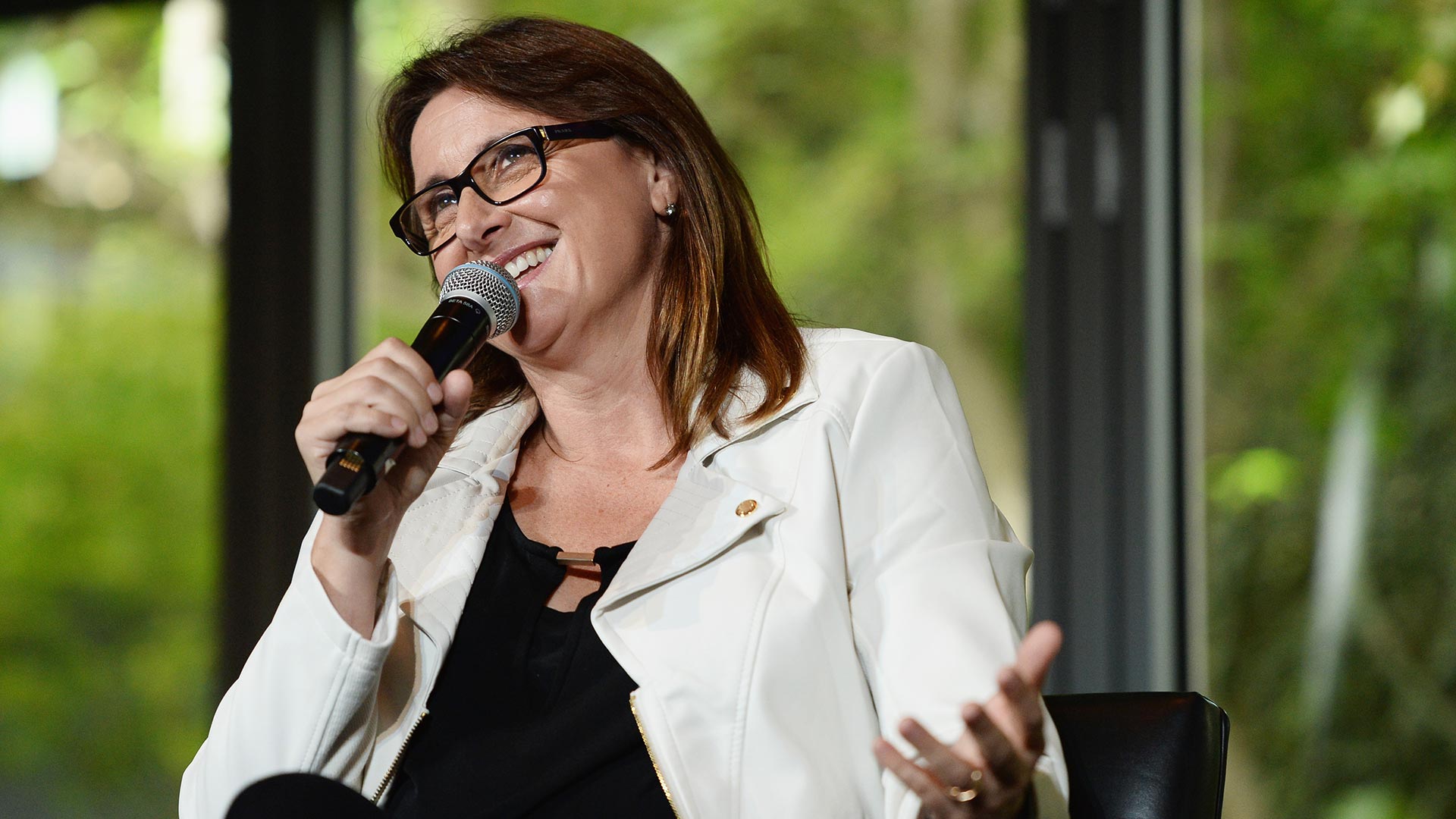 She is considered one of the most powerful women in Hollywood, but for the president of production at Marvel Studios, Victor Alonso, the most important etiquette is the one that allows you to enter your workplace every morning. “That when I arrive at the studio and put my identification in the machine, they open the door for me,” says the renowned Argentine executive with a laugh.

Alonso started at Marvel in 2006 co-producing Hombre de Hierro, the studio’s first film, which was released two years later. Since then, his 25 films in the Marvel Cinematic Universe (MCU, for its acronym in English) -including the successful spider-man– have grossed $23 billion at the worldwide box office.

Recently added to the list Doctor Strange in the Multiverse of Madness (Doctor Strange in the Multiverse of Madness) with benedict cumberbatchwhich continues to explore the notion of multiple realities and the connection of stories, in this case from the miniseries WandaVision and the movie Spider-Man: No Way Home (Spider-Man: No Way Home). The film also introduces moviegoers for the first time to a young Latina superheroine, América Chávez, played by the actress of Mexican origin. Xochitl Gomez. 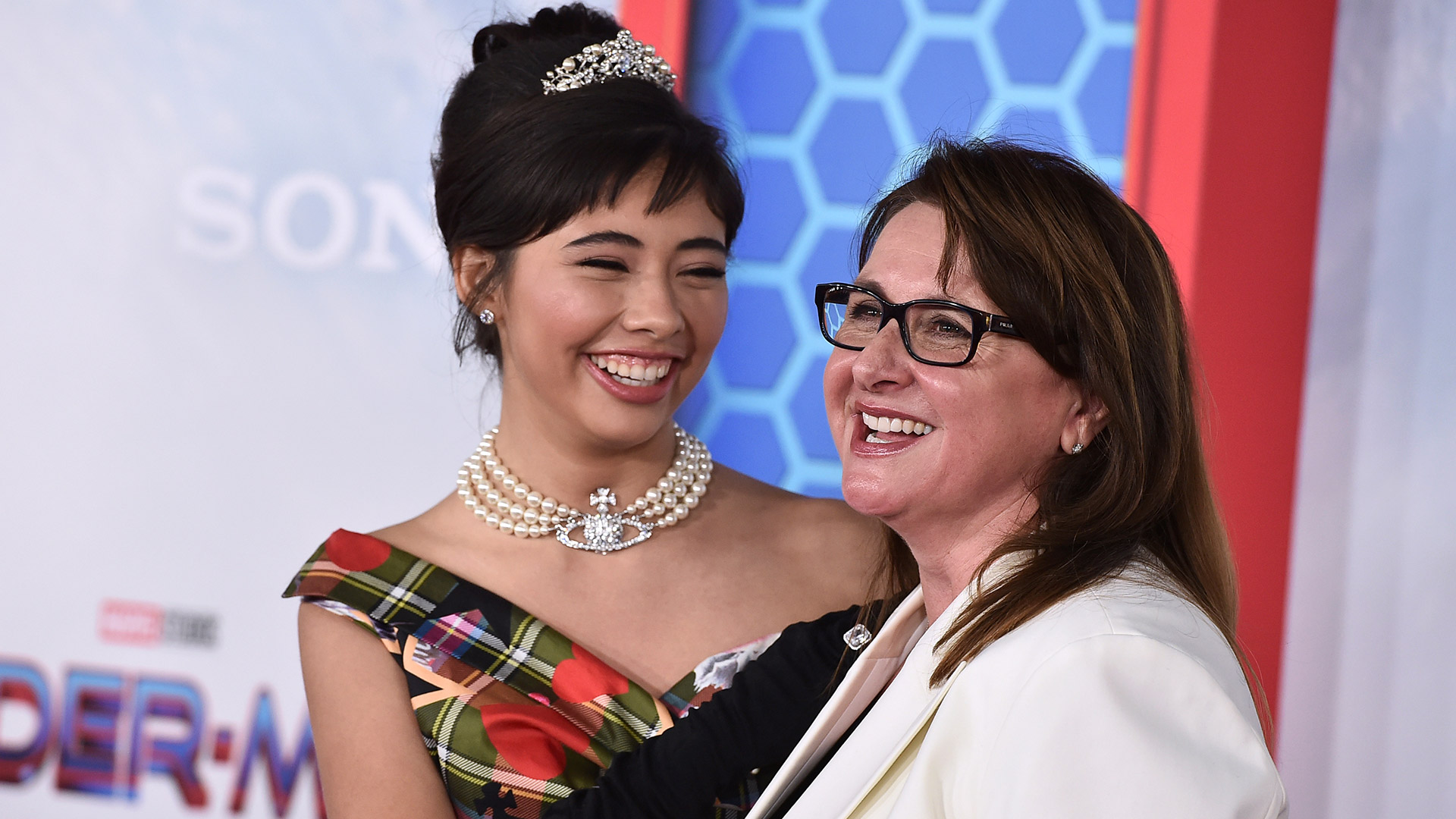 Xochitl Gomez with Victoria Alonso, at the premiere of “Spider-Man: No Way Home” (Photo by Jordan Strauss/Invision/AP, file)

Promoted last year to president of physical production and post-production, visual effects and animation production at Marvel, Alonso talks about multiverses, superheroes, his work at Marvel and the future of cinema. Responses have been edited for brevity and clarity.

—If the possibilities for superhero movies seemed endless, the multiverses take this notion to another level. How far do you think the Marvel Cinematic Universe can go?

—The mixture of universes in the last spider-man It was exciting for the public, especially due to the inclusion of multiple actors who have represented the character (Tom Holland, Andrew Garfield and Tobey Maguire). What’s so cool about the multiverse of Doctor Strange?

—Well, it seems to me that it is a different movie with respect to that. Spider-Man is Spider-Man and the meeting has been very exciting because the generations of people who have been seeing one, the other and the third have joined, and to be able to see them together seems to me to have been a great dream for many. Having Doctor Strange as part of that movie also seems to have been very additive. Now to be able to have him in his own movie again, with the characters from his original story and also with Wanda Maximoff and the introduction of America Chavez, it’s a great opportunity to be able to take them to another place, a place where we haven’t been. 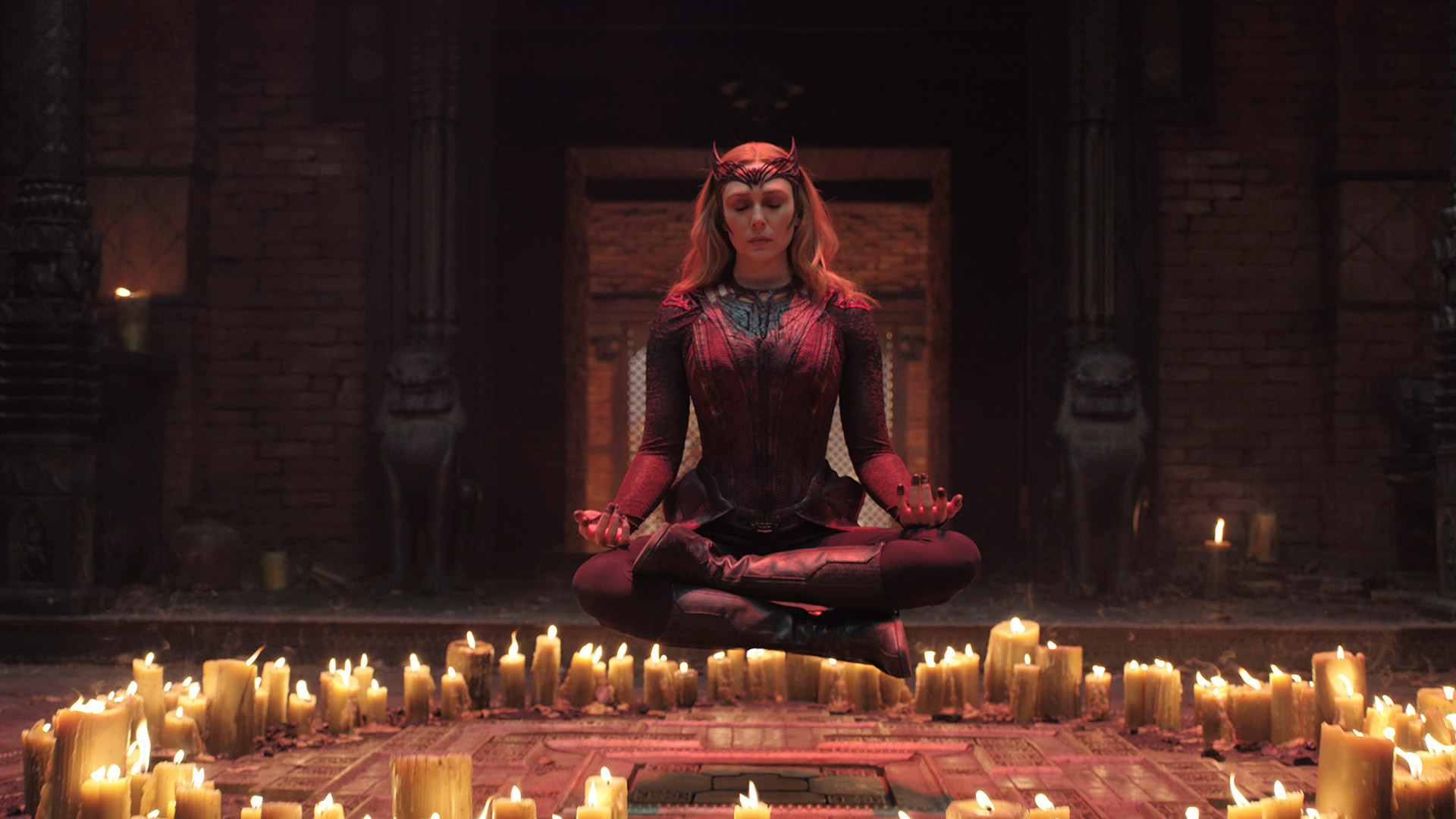 —Speaking of América Chávez, what does it mean to you to have a Latina superheroine in this film?

—América Chávez is one of the characters that I have been waiting for since I started working at Marvel Studios, and I have been waiting for him with great desire that we can begin to tell his story. As you know, these characters sometimes have a minimal participation in a movie, then they grow up, have their own movies or have their show (series) streaming, like we had with Moon Knight. To be able to have her in our MCU is an honor.

—In terms of multiverses and connecting stories, what was the most difficult for the new Doctor Strange?

—The most complicated thing is that we can tell them about a character that they have already seen in the last decade, that they know; to be able to tell another facet of who Doctor Strange is and what we can learn from him. It’s like when you’re meeting a person and you hook up with that person, you want to know more about that person later, that’s why the friendship continues. In this case, it seems to me that the fans want to know something different about our characters, and I can assure you that this movie has something different.

—Some media call you “the most powerful woman in Hollywood”. Do you really feel that way?

-Not really. What I feel is that I have to keep working, that there is a lot to do. I appreciate the titles, it seems to me that it is important for the young women of the world who identify themselves in a certain way, who look at my career or look at me and say: “Well, if it happened to her, it could happen to me”. But from then on, for me it continues to be daily work, strength, dedication. 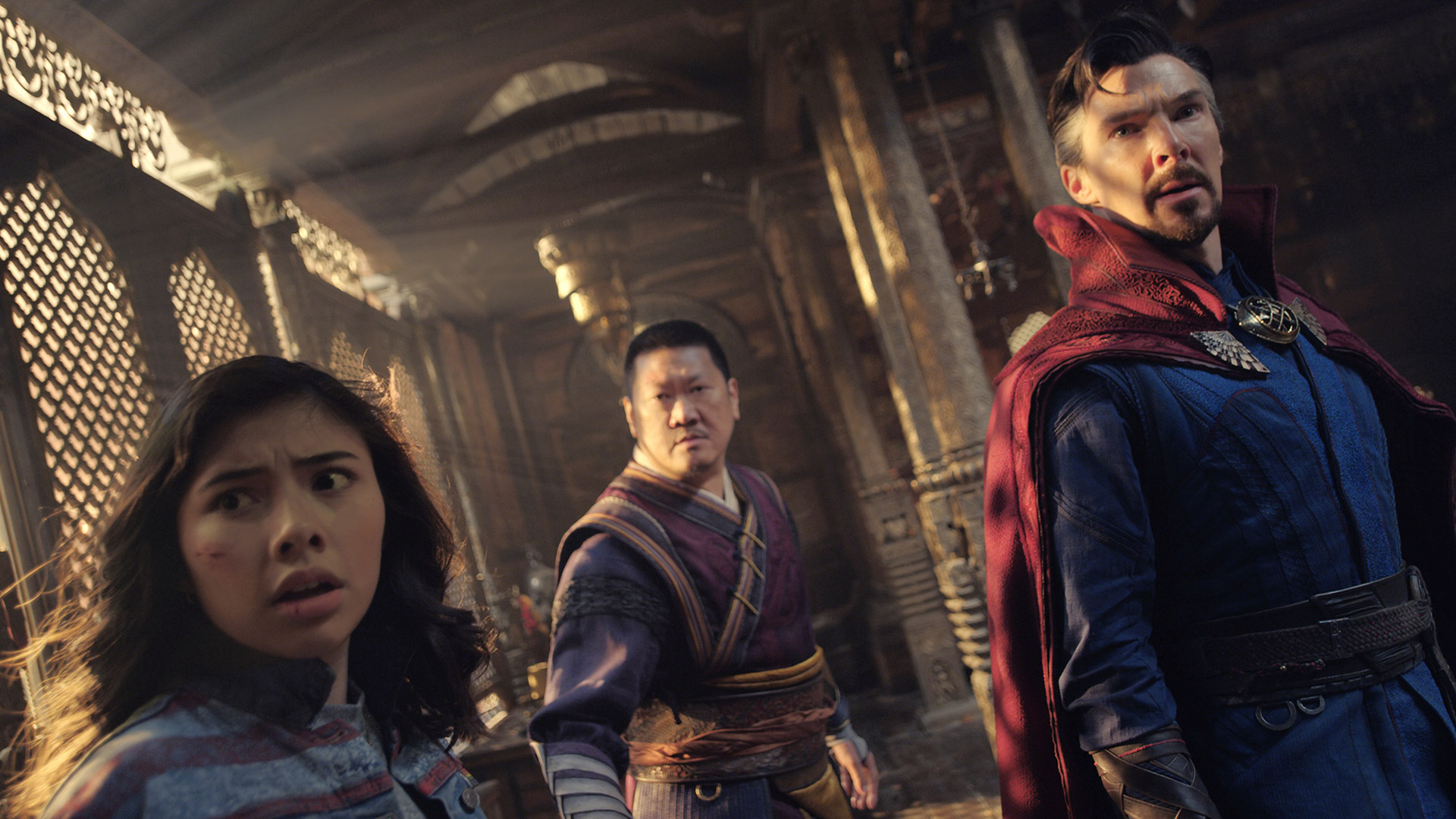 Xóchitl Gómez as América Chávez, Benedict Wong as Wong, and Benedict Cumberbatch as Dr. Stephen Strange in “Doctor Strange in the Multiverse of Madness” (Marvel Studios via AP)

What do you currently enjoy most about your job?

“Everything, not at all!” I enjoy the difficult, the stressful, discovering a character, being able to stage a story that was not there, seeing how we grow as a group of people, being able to see that our characters in a certain way perhaps help people a little or a lot. , whatever. The fact that the world, on a global level, has opened its arms to us, its houses, its cinemas. This is a privilege for me, and for as long as they let me do this job, I will be very grateful.

—Superhero movies are among the few productions that have succeeded in drawing audiences back to theaters since the pandemic shutdowns. With the growing consumption of streaming, how do you see the future of cinema?

—I hope that the cinema is still alive and kicking. For us it is very important that we can see our stories in community. We have supported the cinema during all this, and although we are producing a lot for Disney+, we will continue to produce our three or four films per year if COVID leaves us and if we can do the logistics part. We continue to do it, fighting it every day. We hope that people, little by little, with the protocols and when the fears go away a little more, return to the cinema and that we can support art in community.

“Echo”, the new Marvel series with a disabled superhero
Matt Shakman, director of “WandaVision”: “We had to be as authentic as possible in what we were creating, we wanted to make sure we didn’t be a parody”
The animated series What If…? arrives, with a disconcerting enigma: what would have happened if everything in the Marvel Universe had turned out differently?

Doctor Strange, Marvel superheroes and the future of cinema: Victoria Alonso has the floor