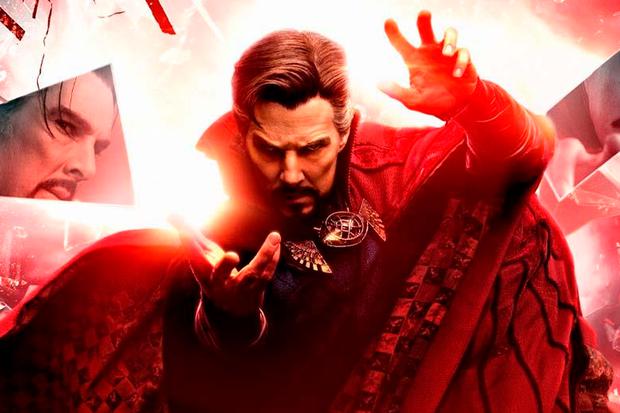 MORE INFORMATION: Absolutely everything about the “Doctor Strange” sequel

The film directed by Sam Raimi, written by Michael Waldron and starring benedict cumberbatch as Stephen Strange and elizabeth olsen as Wanda Maximoff, it takes place after the events of “Avengers: Endgame” and shows that while Strange continues to search for the Time Stone, an old friend turned enemy puts a stop to his plans and causes him to unleash unspeakable evil.

The cast of “Doc Strange 2″, which was recorded between November 2020 and April 2021 with some delays due to the coronavirus pandemic, is completed by Chiwetel Ejiofor, Benedict Wong, Xochitl Gomez, Michael Stuhlbarg and Rachel McAdams.

MORE INFORMATION: Scarlet Witch, will she be the villain of “Doctor Strange 2″?

“DOCTOR STRANGE 2”, DOES IT HAVE POST-CREDIT SCENES?

The short answer is yes. Although lately many productions include post-credits scenes to leave clues about future deliveries, it is something characteristic of Marveltherefore, the film number 28 of the MCU could not be alien to this tradition.

So, How many post-credits scenes does it have?Doctor Strange in the Multiverse of Madness”? The tape that is part of Phase Four of the Marvel Cinematic Universe has two additional post-credits sequences.

Although we will not include spoilers, we anticipate that you cannot miss the first post-credits scene, since it is of vital importance for the future of the MCU. You will only have to wait about two minutes to see every detail.

While, the second post-credits scene of “Doc Strange 2” appears after the last credits in black and does not include anything really relevant, so if you are in a hurry you can leave the theater without fear of missing anything significant.

WHAT WILL HAPPEN IN “DOCTOR STRANGE IN THE MULTIVERSE OF MADNESS”?

According to Marvel’s description, “’Doctor Strange in the Multiverse of Madness‘ is a film that stars Benedict Cumberbatch, Elizabeth Olsen, Benedict Wong and Rachel McAdams among others. Kevin Feige is the head, the producer of this film, while Sam Raimi is the director.

Danny Elfman is in charge of the soundtrack, while Michael Waldron, who already worked on ‘Loki’, is the screenwriter for this film. Doctor Strange 2 will take Stephen Strange to face the mistakes made during the movie ‘Spider-Man: No Way Home’. He will explore the depths of the multiverse, where he will meet new allies and a threat that he promises to lay waste to everything.”

“Doctor Strange 2”, does it have a post-credits scene?